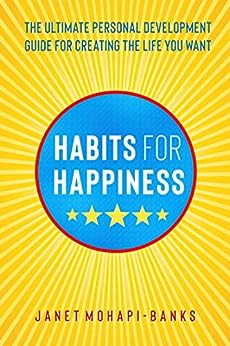 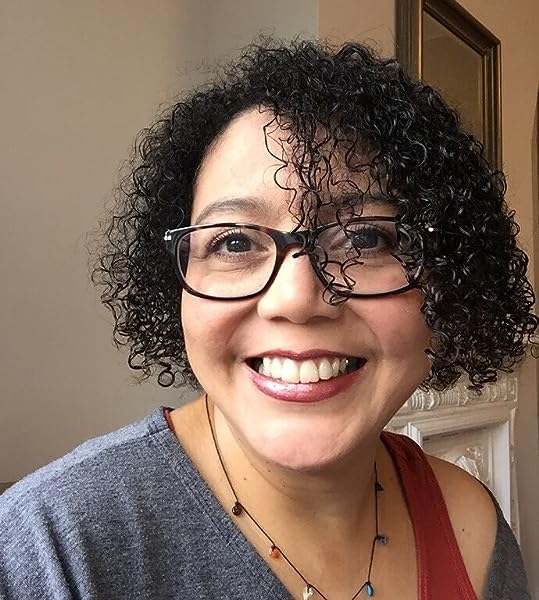 Habits for Happiness: The Ultimate Personal Development Guide For Creating The Life You Want Kindle Edition

Wageedah S
5.0 out of 5 stars Are You Ready to Create the Life You Really Want?
Reviewed in the United States on November 10, 2019
Verified Purchase
Bottom Line - We can all be happy. We are all worthy of it and there’s enough to go around. This incredible little short-read, guides you to owning your happiness. In all areas of your life. It’s a practical guide to connecting, increasing and living with abundant joy. And who doesn’t need some that in their lives? Read this book, gift it to others - teach someone to connect with what makes their soul soar. The world needs happier fulfilled people.
Read more
2 people found this helpful
Helpful
Report abuse

Glenn Lapoint
5.0 out of 5 stars Wholly packed with powerful insights anyone can use to benefit themselves and others
Reviewed in the United States on December 9, 2019
Verified Purchase
Surprisingly this has been my favorite book to read this whole month. Her energy and zest simply radiate from each page as she delivers a powerful treatise on helping yourself progress.

If you’ve seemed to have lost connection with your own life recently, this could be the silver lining you’ve been waiting for.

Ramesh Dontha
5.0 out of 5 stars Inspired, motivated and driven after reading this book
Reviewed in the United States on December 7, 2019
Verified Purchase
Since the whole 'Habits' genre started few years ago, I have been putting off reading that genre until I saw this book. I was attracted to it by the cover (Yes, I admit, I judged it by the cover) and the table of contents. What really pulled me into completing the book are the personal stories. They are powerful and compelling. My personal chapter is the one on personal energy. The author really speaks as an authority but at the same time was able to connect with me on a personal level. This is a great book if you are in the 'pursuit of happiness'.
Read more
One person found this helpful
Helpful
Report abuse

Dorothy
5.0 out of 5 stars Great Read!
Reviewed in the United States on December 14, 2019
Verified Purchase
Great Read! I enjoyed this book and highly recommend it!
Read more
Helpful
Report abuse

Lisa
5.0 out of 5 stars The Author Has a Powerful Story and This is a Powerful Book!
Reviewed in the United States on August 23, 2020
Highly recommended. The author's story is very inspirational, and her habits for happiness are all within reach. I've never before read about Afformations vs. Affirmations. Many of the chapters are about topics I've explored before, but the author puts a new spin on things and I really enjoyed reading her book.
Read more
Helpful
Report abuse
See all reviews

Evelfa
5.0 out of 5 stars Actionable and down to earth advice to get started in living the life you want.
Reviewed in the United Kingdom on November 10, 2019
Verified Purchase
This is a great little book to get you started in developing yourself and creating the life you really want.

I've found most books designed to help get you started in this sort of thing are quite overwhelming and somewhat intimidating from all the information that is crammed into them, but Janet takes concepts that have been overcomplicated in other books and brings them back down to earth in short bitesize chapters, and easily actionable advice that are great to get you started!

The whole book itself is easily read in a few days, as a slow reader I was very impressed by how quickly I was able to read and digest all the information.

When you're struggling, it's hard to find the time for the practices advised by most self-help books, but Janet's advice in Habits for Happiness is really down to earth and easy to get started with. This book will help a lot of people.

This book came to me at a really tough time in my life, and I'm glad it did because I now have the tools I need to re-focus when things gt tough <3
Read more
Report abuse

Sandra Stachowicz
5.0 out of 5 stars Message Full Of Hope
Reviewed in the United Kingdom on November 22, 2019
Verified Purchase
"Habits for Happiness" is a message full of hope written by a woman who has experiential rather than just theoretical knowledge and walks the talk. She means what she says and says what she means. The author's harrowing and inspiring journey will leave you feeling uplifted and determined to go after the life of your dreams no matter what. Thought-provoking questions will make you stop in your tracks.
Read more
Report abuse

polly
5.0 out of 5 stars Easy to read, understand and implement to improve your life instantly.
Reviewed in the United Kingdom on November 10, 2019
Verified Purchase
I loved reading Janet’s book. It was really insightful and thought provoking. Janet’s personal story is nothing short of a miracle. I appreciated seeing life from her perspective. This book is full of golden nuggets you can implement easily and reap the benefits today. I highly recommend her book, she is a superb author.
Read more
Report abuse

Simon Barry
5.0 out of 5 stars Essential requirements for happiness seekers
Reviewed in the United Kingdom on November 10, 2019
Verified Purchase
Janet has crafted an easy to read guide through a number of techniques that collectively can have a massive impact on your wellbeing and happiness. You can feel her enthusiasm and energy as you read through this book which you can use to propel your own happiness and wellbeing forward. Recommended
Read more
Report abuse

Dr. Felix Duyilemi, International Best-selling author of "How To Borrow God's Brain To Succeed"
5.0 out of 5 stars Great Book!
Reviewed in Canada on January 7, 2020
Verified Purchase
The Author shares her deep personal experiences in a compelling way. This will encourage readers not to give up on life they truly deserve.