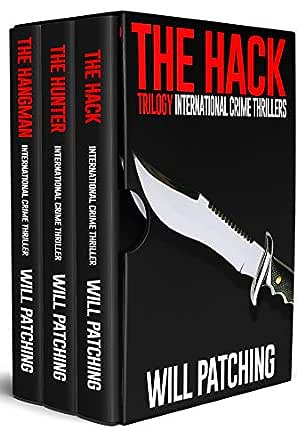 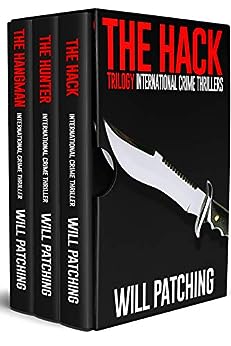 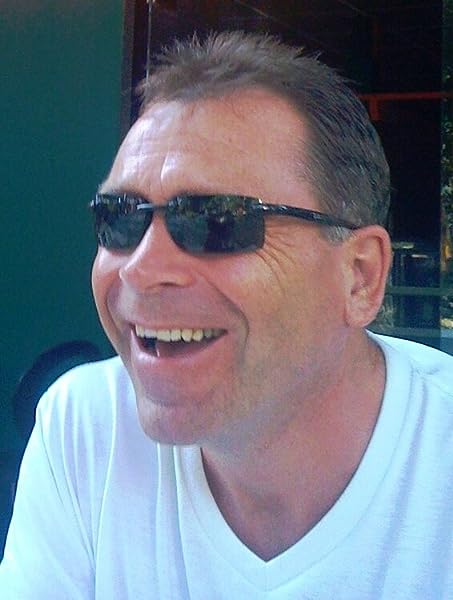 Berk
5.0 out of 5 stars Computer geek, journalist, assassin
Reviewed in the United States on January 25, 2019
Verified Purchase
Set in Southeast Asia, heinous crime draws the interest of a vigilante who wants to eliminate the criminals and a journalist who is investigating a high-roller also involved in the crime. A computer hacker who happens to be the journalist's brother gets himself in trouble.
Read more
Helpful
Comment Report abuse

Liam
4.0 out of 5 stars Good series
Reviewed in the United States on November 22, 2020
Verified Purchase
A great read, so good they were read over two days. First time I read this author. Do give it a read.
Read more
Helpful
Comment Report abuse

Barbara Godby
3.0 out of 5 stars Too disturbing of a subject
Reviewed in the United States on November 29, 2018
Verified Purchase
Will Patching is a great story teller but I couldn't even finish the first book because the subject matter was offensive to me. I will watch for future books from Will and hope I am able to become enthralled by his storytelling in the future with less disturbing story content.
Read more
Helpful
Comment Report abuse

Ms. Janet
5.0 out of 5 stars Great read!
Reviewed in the United States on October 23, 2018
Verified Purchase
Corruption, greed, dirty “back room” deals!
Engaging story lines, lots of action, and an engaging love story “all in one”. Three different stories, yet woven together.....Will Patching does an awesome job of pulling you in and keeping you wanting more!!

Diane S. Edwards
5.0 out of 5 stars Page Turner
Reviewed in the United States on March 6, 2019
Verified Purchase
I downloaded "The Hack" as a free ebook looking for a new author. This book was a page turner and I couldn't wait to read the rest of the trilogy. I'm bummed I've finished the series so quickly.
Read more
Helpful
Comment Report abuse

Bernadette Polansky
5.0 out of 5 stars Great Reads
Reviewed in the United States on March 31, 2019
The Hack:
This book was a bit hard to get into, but sure glad I kept reading. Doug Hunter is ex-CIA agent in Thailand trying to find himself. A rich American in murdered in his room and people saw a young boy running scared from the hotel. The guy at the front desk has a hippy asking about room rates and then leaves because it it to costly for him to stay. Meanwhile back in the USA Kate O'Sullivan is a reporter gets wind of the American murdered in Thailand with the help of her hacker brother. So the paper sends her and her brother to Thailand for a follow up story. Lots of twists, turns and action in this book. Can not wait to start on the next book. If you like books with action and keeps you on the edge of your set this is a must read.

The Hunter:
Police Chief Lee is sent by his Commander to a corrupted town to find the killer(s) of two Brits. Back in the UK Kate receives a letter from someone but since she has not been to work for awhile boss Charles opens it.The mother of the murdered girl in Thailand has read the story Kate had done from her last trip she was asking Kate to help her out. Charles had sent the other reporter in Kate’s place. Lots of twists and turns and action in this book. Even Hunter and partner show up in Thailand. Lot more murders as well. If you like reading books that keep you on edge this is a must read. Looking forward to the next one.

The Hangman
Wow talk about a book that keeps you on the edge of your seat from start to finish. The USA and UK governments are working together (each on both sides of the law) to fight terrorists. Hunter and his partner are on a mission to intercept a person/money transfer between two groups. The drone signals are jammed and things go south. Are they able to get out alive? After is op going south, each group is blaming the other of having a mole in their group. Lots of twists, turns and action. If you enjoy books with action and lots of suspense this is a must read.

Kindle Customer
5.0 out of 5 stars Dark and Gritty !
Reviewed in the United States on October 10, 2018
This fast moving trilogy that is almost impossible to put down, with breakneck suspense it will keep you glued to the pages so start reading it early one morning when you have plenty of time to follow the fast moving chapters. You will not be disappointed.!
Read more
Helpful
Comment Report abuse

Berma Perfater
5.0 out of 5 stars Current issues both global & local. Can’t put the book down!
Reviewed in the United States on March 21, 2019
Verified Purchase
If you have not discovered this author....DO! This is a great trilogy & you need to read all 3. You’ll be on the edge of your seat until 3rd book, last page! Hope Pickering will continue with these characters.
Read more
Helpful
Comment Report abuse
See all reviews

Anon
5.0 out of 5 stars Brilliant Series
Reviewed in the United Kingdom on May 21, 2019
Verified Purchase
In the first of the series some of the subject matter may concern some people but I thought the series as a whole was excellent
Read more
Report abuse
See all reviews