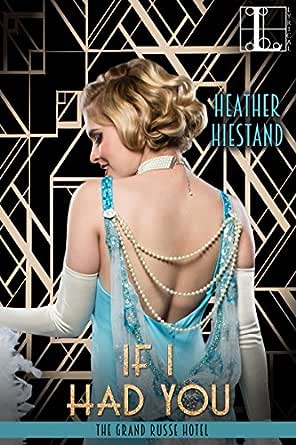 You've subscribed to The Grand Russe Hotel! We will preorder your items within 24 hours of when they become available. When new books are released, we'll charge your default payment method for the lowest price available during the pre-order period.
Update your device or payment method, cancel individual pre-orders or your subscription at
Your Memberships & Subscriptions 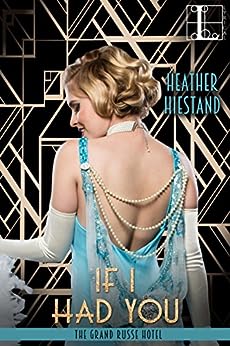 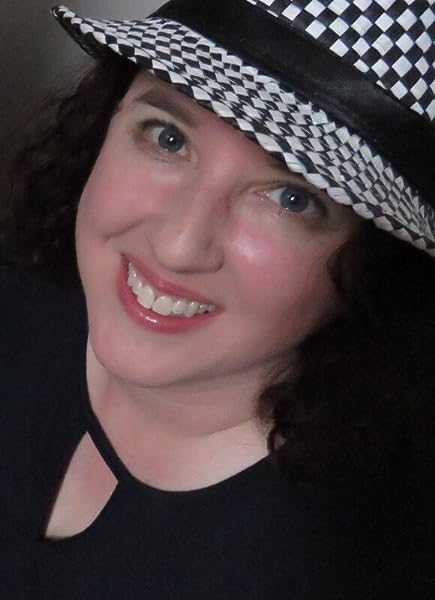 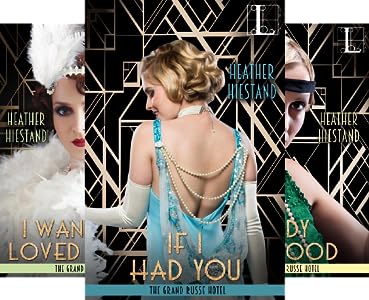 AMAZON REVIEWER
5.0 out of 5 stars The 20s Are Roaring Again!
Reviewed in the United States on March 18, 2017
Verified Purchase
It's been too long since I've come across a romance novel with such a unique plot and setting. This novel brought me back to my teen years when I would get A's on my history tests, not because I'd retained the material from boring school textbooks, but because I'd read about the time period and events from a well-researched, thoughtfully written historical romance novel, with an unforgettable and intriguing heroine and hero. This author delivers all of that, and more. Apart from what I learned about the time period in Russian history, the sights, sounds and scents of the setting as described by the author made me feel as though I were right there in the pages. I could feel my heart jump as the story developed along some rather nail-biting lines, but I won't spoil the plot for you. And let me not even talk about the ...ahem.."relationship" between the lovers." Whew! When an author can write about sex without making me chuckle, or roll my eyes, yet at the same time develop a story line such as this, I know I just have to read more of her books when I'm in the mood for a great romance. Treat yourself to this one and read it while drinking your favorite Russian vodka martini.
Read more
Helpful
Report abuse

RoadTripDog
4.0 out of 5 stars Behind the scenes story at a London hotel in the Roaring Twenties
Reviewed in the United States on May 15, 2017
Verified Purchase
I like a good hotel story, and this book is a good hotel story of displaced Russians who escaped the revolution in their country and settled in London, and the English people who interact with them. Alecia is a poor English girl who takes a job as a secretary to a pair of difficult bosses, but her dream is to be a modern girl in the Roaring Twenties. Ivan is a Russian of nobility who now is lucky to have a lowly job as a night watchman at a London hotel with a controversial history. This is a well written tale of opposites attraction, complicated by other people with more dangerous dreams and passions. Well developed characters move this story line with a very different point of view. Recommended, this is good honest historical fiction that weaves interesting characters into fascinating historic times. I've added the second book to my to-read list.
Read more
Helpful
Report abuse

Interesting tale of personal growth in a time when the whole world was changing once again. Two young people of different backgrounds and perspectives meet in a rather unique working environment and find more than romance. The publisher's blurb gives hints and there is no need for spoilers, but that can't begin to prepare you for the wonderful descriptives and really interesting characters. Very enjoyable read!
Read more
Helpful
Report abuse

E. M. Flynn
5.0 out of 5 stars A charming look at the Roaring Twenties
Reviewed in the United States on December 2, 2016
Verified Purchase
This book was a fun and surprising look at an intriguing period of time. I especially liked the hero, with his Russian background in a time of turmoil there being reflected in a time of wealth, overshadowing a darker time we know will arrive. Recommend d!
Read more
Helpful
Report abuse

Amazon Customer
5.0 out of 5 stars Enjoyed a blend of history, mystery, music and romance
Reviewed in the United States on November 25, 2016
Verified Purchase
Loved the book. I had a hard time putting it down and even cancelled plans to finish it.

I thoroughly enjoyed the story about Russian immigrants in UK in the twenties and the issues they faced daily.

Heather made the characters come alive on the page and they kept me mesmerized with their adventures and misadventures.
Read more
Helpful
Report abuse

Gaele
3.0 out of 5 stars A little meandering in spots did make this story a bit uneven in terms of pacing, but an interesting first installment
Reviewed in the United States on September 29, 2016
Traveling to the 1920’s, an era that is notable for the multitude of social changes, and several upheavals in the political realm with the conclusion of World War I and the realignment of several monarchies throughout Europe. Thus, the incursion of Russian émigrés, titled and not, into England after the fall of the final Romanov Tsar.

Here we find Alecia, newly arrived to London as a career woman and personal secretary to the owners of The Grand Russe Hotel. She’s a diligent, rather innocent and reserved young woman, certain of her own skills if a bit unsure socially. The glamour and glitz of the hotel, the newness of Jazz and the apparent free-for-all socialization of the young people and her own curiosity and desire to make her own stamp on the world are all in play.

Ivan works at the hotel: far more worldly and free, he’s decided to explore Alecia further. He’s dashing, daring and different, and Alecia’s limited experience is wowed by his manner. But there’s also far more to this Russian émigré, things that Alecia may not be prepared to deal with.

Characters were well drawn, although I wanted to see more of the dichotomy between good and evil, secrets and openness that Heistand used here. She’s capable of it from earlier titles I’ve read in her Redcakes series, so I did feel more could have been brought to both characters. Settings, the feel of the 20’s and even the bits of intrigue were well done, but without that real OOMPH from the characters to draw me in and have a stronger emotional reaction to them, the story was light and interesting for the most part, but nothing compelled me to keep on reading as I had to turn the next page. A little meandering in spots did make this story a bit uneven in terms of pacing, but an interesting first installment to a series, one that leads me to hope for more challenge in the characterization in future books.

I received an eArc copy of the title from the publisher via NetGalley for purpose of honest review. I was not compensated for this review: all conclusions are my own responsibility.
Read more
2 people found this helpful
Helpful
Report abuse
See all reviews