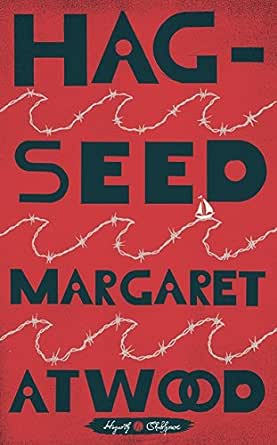 You've subscribed to Hogarth Shakespeare! We will preorder your items within 24 hours of when they become available. When new books are released, we'll charge your default payment method for the lowest price available during the pre-order period.
Update your device or payment method, cancel individual pre-orders or your subscription at
Your Memberships & Subscriptions 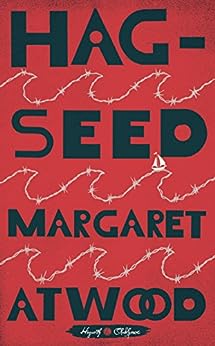 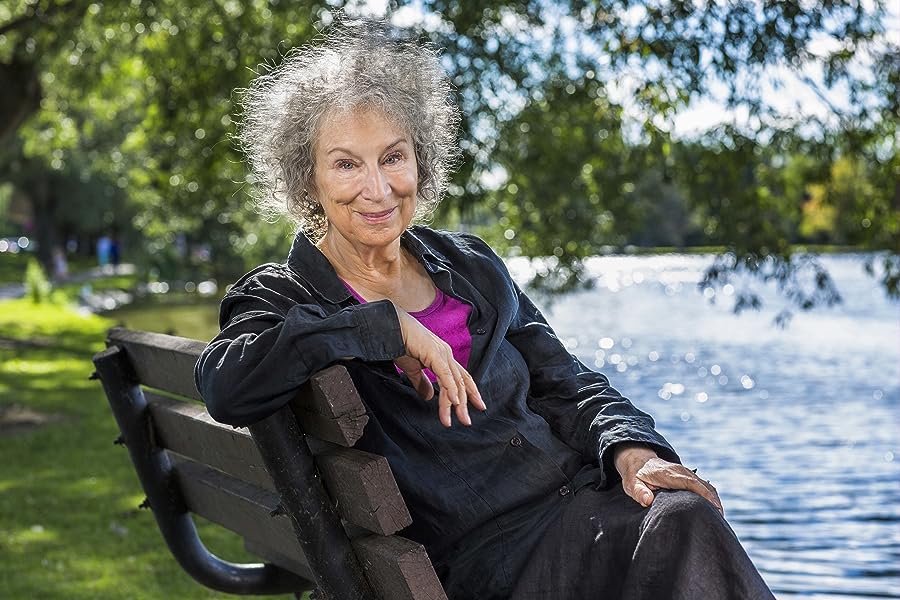 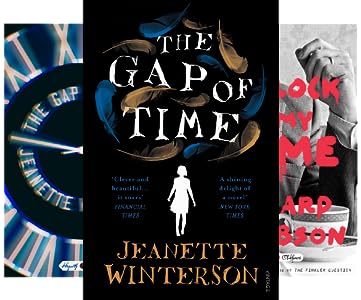 "A marvel of gorgeous yet economical prose, in the service of a story that's utterly heartbreaking yet pierced by humor, with a plot that retains considerable subtlety even as the original's back story falls neatly into place."—New York Times Book Review

“What makes the book thrilling, and hugely pleasurable, is how closely Atwood hews to Shakespeare even as she casts her own potent charms, rap-composition included… Part Shakespeare, part Atwood, “Hag-Seed” is a most delicate monster — and that’s “delicate” in the 17th-century sense. It’s delightful.”—The Boston Globe

“Atwood has designed an ingenious doubling of the plot of “The Tempest”: Felix, the usurped director, finds himself cast by circumstances as a real-life version of Prospero, the usurped Duke. If you know the play well, these echoes grow stronger when Felix decides to exact his revenge by conjuring up a new version of “The Tempest” designed to overwhelm his enemies.”—The Washington Post

“A funny and heartwarming tale of revenge and redemption, this latest release in the Hogarth Shakespeare project, whose aim it is to retell Shakespeare's most beloved works through the works of bestselling authors like Anne Tyler and Gillian Flynn, Hag-Seed is a remarkable contribution to the canon.”—Bustle

"Atwood brilliantly pulls off the caper in a short novel that should be assigned to high school students as a hilarious riff on one of Shakespeare's more mystifying plays. It's much more than a retelling; it's an ingenious analysis and critique rolled into one."—St. Louis Post-Dispatch

"A triumph [...] The book illuminates the breadth and depth of the whole play. The troupe's workshops on it fizz with perception as Atwood transmits the pleasurable buzz of exploring a literary masterpiece. There won't be a more glowing tribute to Shakespeare in his 400th anniversary year."–Peter Kemp, Sunday Times

"The novel shines a thrilling new light on The Tempest's themes of revenge and forgiveness [...] as well as making a strong case for art's ability to "set you free" by helping you understand yourself."–Helen Brown, Sunday Telegraph

"Surpassingly brilliant [...] without question the cleverest "neo-Shakespearean novel" I have ever read [...] the learning and the critical analysis are worn exceptionally lightly, always subordinated to wit, invention, characterisation and slick twists of plot [...] wonderfully ingenious."–Jonathan Bate, The Times

“…you don't need to be a Shakespeare geek like me to enjoy Hag-Seed; it's a good story, and will introduce you to the play gently, with Felix himself as your guide.”–NPR Books

“Hag-Seed is a treat. It’s a beautifully constructed adaptation, one that stands on its own but is even richer when read against its source — and can, in turn, enrich its source material. It’s playful and thoughtful, and it singlehandedly makes a good argument for the value of adapting Shakespeare.”–Vox

“Atwood has tremendous fun with Hag-Seed. Those who know the play will especially enjoy her artful treatment of its more poignant storylines. But even someone unfamiliar with Shakespeare will be entertained by this compelling tale of enchantment and second chances, and the rough magic it so delightfully embodies.”-Bookpage

“Readers looking for Atwood’s wit and mastery of language will find it at work here… Atwood more than does justice to the Bard.”-Chicago Review of Books

“One needn’t be a Shakespeare fan in order to love this retelling of The Tempest…This book is funny and wonderful. Highly recommended for Shakespeare lovers and those seeking revenge.”-Seattle Book Review
--This text refers to an out of print or unavailable edition of this title.

ON THE BIG FLATSCREEN: Jagged yellow lettering on black:

THE TEMPEST
By William Shakespeare
with
The Fletcher Correctional Players

Onscreen: A hand-printed sign, held up to the camera byAnnouncer,wearing a short purple velvet cloak. In his otherhand, a quill.

Announcer: What you’re gonna see, is a storm at sea:Winds are howlin’, sailors yowlin’,Passengers cursin’ ’em, ’cause it gettin’ worse:Gonna hear screams, just like a ba-a-d dream,But not all here is what it seem,Just sayin’.

Now we gonna start the playin’.

He gestures with the quill. Cut to: Thunder and lightning, in funnel cloud, screengrab from the Tornado Channel. Stock shot of ocean waves. Stock shot of rain. Sound of howling wind.Camera zooms in on a bathtub-toy sailboat tossing up and down on a blue plastic shower curtain with fish on it, the waves made by hands underneath.Closeup of Boatswain in a black knitted tuque. Water is thrown on him from offscreen. He is drenched.

BOATSWAIN: Fall to’t yarely, or we run ourselves aground!
Bestir, bestir!
Yare! Yare! Beware! Beware!
Let’s just do it,
Better get to it,
Trim the sails,
Fight the gales,
Unless you wantin’ to swim with the whales!


VOICES OFF: We’re all gonna drown!
BOATSWAIN:  Get outta tha’ way! No time for play!
A bucketful of water hits him in the face.

Closeup of Ariel in a blue bathing cap and iridescent ski goggles, blue makeup on the lower half of his face. He’s wearing a translucent plastic raincoat with ladybugs, bees, and butterflies on it. Behind his left shoulder there’s an odd shadow. He laughs soundlessly, points upward with his right hand, which is encased in a blue rubber glove. Lightning flash, thunderclap.

VOICES OFF:  Let’s pray!
BOATSWAIN:  What’s that you say?
VOICES OFF:  We’re goin’ down! We’re gonna drown!
Ain’t gonna see the King no more!
Jump offa the ship, swim for the shore!

Ariel throws his head back and laughs with delight. In each of his blue rubber hands he’s holding a high-powered flashlight, in flicker mode.
The screen goes black.

Total darkness. Confused noise from outside the room. Yelling.
Shots are fired.

A VOICE, FROM INSIDE THE ROOM:  Don’t move! Quiet!
Keep your heads down! Stay right where you are. --This text refers to an out of print or unavailable edition of this title.

MARGARET ATWOOD, whose work has been published in more than forty-five countries, is the author of more than fifty books of fiction, poetry, critical essays, and graphic novels. In addition to The Handmaid’s Tale, now an award-winning TV series, her novels include Cat’s Eye, short-listed for the 1989 Booker Prize; Alias Grace, which won the Giller Prize in Canada and the Premio Mondello in Italy; The Blind Assassin, winner of the 2000 Booker Prize; The MaddAddam Trilogy; and Hag-Seed. She is the recipient of numerous awards, including the Peace Prize of the German Book Trade, the Franz Kafka International Literary Prize, the PEN Center USA Lifetime Achievement Award, and the Los Angeles Times Innovator’s Award. She lives in Toronto. --This text refers to an out of print or unavailable edition of this title.
Read more