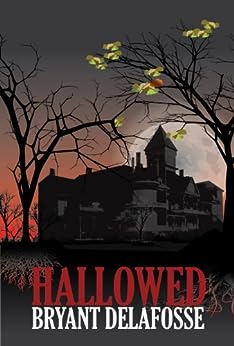 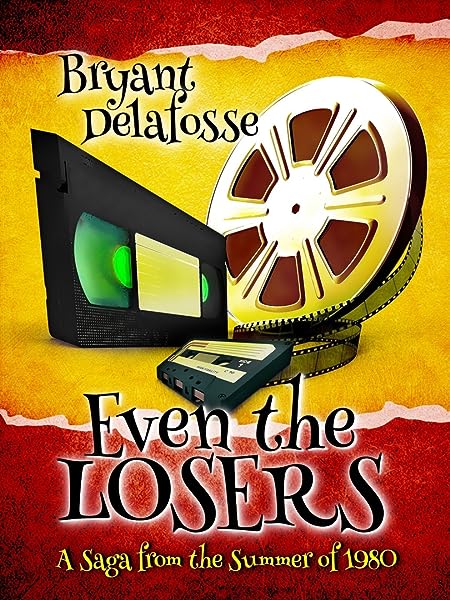 Bryant Delafosse was born and raised in Southeast Texas. He attended the University of Texas at Austin and holds a degree in Radio/TV/Film. He currently lives in Southern California with his wife, son, and Miniature Schnauzer, Luna. This is his second novel. --This text refers to the paperback edition.

M.C. O'Neill
5.0 out of 5 stars Amazing!
Reviewed in the United States on November 17, 2012
Verified Purchase
Some older readers may remember the ABC After School Specials that would air unexpectedly during a weekday when you got home. They would be quality, full-length films featuring a drama for teens or preteens dealing with any wide variety of issues. The next day at school, all the kids would talk about them. Hallowed reminds me of one of those gems, but the darkest, strangest installment to that series ever.

With The Mall, Delafosse meticulously details the novel's setting, while with Hallowed, the characters are built in the first half to the point that you feel you know them and care for them. Their budding romance alone is seriously worth the price of the tale.

Warning: There is a serial killer on the loose.

Paul Graves rekindles an old friendship with Claudia Wicke. Claudia left town while in grade school and returned during her Junior year back in good ol' 2004. Always a strange one, young Claudia is now a death-obsessed goth girl, yet Paul still feels drawn to her odd ways. Soon she ropes him in with her budding interests involving forensic pathology and the two investigate the murders.

One thing I enjoy about Paul, our leading man, is that he isn't the typical geek, bad boy, nerd, misunderstood malcontent, freak or bully magnet that is so heavily featured in high school dramas nowadays. Paul is All-American as apple pie without being Captain America. Paul listens to his folks and gets pretty good grades, yet isn't top of the class. He is probably like most people his age and I find that refreshing.

Like The Mall, the weird gets really weird as the second half rolls around. Delafosse takes the adventure from the grim whodunit of a killer-at-large to a supernatural plot involving the fate of the world itself. Who would have thought it was all in your own backyard? I was expecting the very nature of the terror to be one thing and I got something way out of the ballpark.

The mystery of the first half, as well as the otherworldly terror of the second, are both surgically plotted. I mean, it takes a smart writer to engineer what Delafosse does with Hallowed twice-over. Another thing I found engaging about the novel is the choice of monsters which are near and dear to my heart as I too write about them. Not going to give them away, though. You'll have to read the book for yourself.

Hallowed is quiet horror. Not internal or isolated quiet, but more like a Bradbury for the 21st century. A neighborhood mystery that increases to an epic scale as the plot unfolds. Themes of truth, action, secrecy and conspiracy permeate the pages. Look at it this way: if they ever made a movie of the book, Don Coscarelli of Phantasm fame would be perfect to direct.
Read more
2 people found this helpful
Helpful
Report abuse

Sylvia Banschbach
4.0 out of 5 stars Bizarre And Intriguing!
Reviewed in the United States on April 19, 2015
Verified Purchase
I really enjoyed this book, even though it seemed a little long and drug along in places. The main characters were lovable, and some had secrets from previous years. It all comes together as the story builds, especially while they are pursuing great demons from within a very, very strange house. It leads underground to many weird happenings that fascinated my mind, as I tried to conger up these scenes. Towards the end, it was a little confusing at times, as to who actually was talking, and who was who, but the author did a good job of pointing you in the right direction. If you love"lost-in-a dark-and-spooky-place-without-your flashlight" adventures, you will love this book!!!
Read more
One person found this helpful
Helpful
Report abuse

SEBTop Contributor: Coloring
4.0 out of 5 stars Paranormal with a Twist - Not Just for Kids
Reviewed in the United States on April 21, 2013
Verified Purchase
I had a little trouble getting into this book at first. However, once I did it progressed nicely.

I would classify Hallowed as YA Paranormal Fiction, but I say this mostly because the two main characters are teenagers. Other than that, this book should appeal to adults as well.

Paul Graves is a likeable kid who lives in a small Texas town where not much happens. When a former childhood friend, Claudia (a Goth loner with some issues), moves back to town, Paul becomes her only friend. Soon after, a string of murders disrupts their sleepy town of Haven and Claudia begins tutoring Paul on the traits and techniques of the average serial killer. What starts out as a way to pass the time quickly becomes an activity that puts both Paul and Claudia in the crosshairs of a deranged killer.

Author, Bryant Delafosse, manages to weave several subplots within the story, which adds to the mix nicely and eventually ties things together. He also does a nice job of explaining some factual bits of some common and not so common religious practices, rituals and traditions. It was refreshing to read about Wicca, Spirituality and other Earth-based religions in a positive light for a change. The dialogue was believable, unlike some of the other YA novels I've read. Not once did I think, "a teenager would never say or do that".

I enjoyed this book and I wanted to give it five stars, but just couldn't. There were several typos, which I found a little jarring. The ending went on longer than I thought was necessary, but I still honestly feel it earned the four star rating. I could see Hallowed becoming a movie (even if only as a made for television movie), as it certainly had more substance than many of the paranormal and suspense-style movies being made today. I would definitely recommend Hallowed to readers interested in paranormal mysteries.
Read more
14 people found this helpful
Helpful
Report abuse

cajuntw
3.0 out of 5 stars FOUND IT TO BE DRAWN OUT!
Reviewed in the United States on September 9, 2013
Verified Purchase
I started to read this book and almost didn't finish it as I thought it was very slow going. OK, there are murders going on around close to your town. You know it's just a matter of time before it does hit your town. I thought allowing the teenagers to go to a party while there was a crazed killer lose was alittle beyond me. And then daughter is in hospital and mom leaves to go home to get some sleep? Don't think so. This momma is staying put. Wouldn't let my daughter out of my sight, especially if she ended up in the hospital because someone drugged her, being at a party she shouldn't have been at to begin with. H E L L O ~ there is a crazed killer(s) out there!!!!!
Read more
2 people found this helpful
Helpful
Report abuse

Kim P
5.0 out of 5 stars you like roller coasters? You'll love this book then....
Reviewed in the United States on December 21, 2014
Verified Purchase
Loved the book, it starts out like a roller coaster..by the end of the ride, you've been twisted, corkscrewed, flipped and your stomach has dropped deliciously and you never want it to stop. I gave it 5 stars with an honest conscience, I will say that there are a few cringe-worthy typos (it's Koi fish, not Coy...and you pull a rope "taut", not "taunt". A couple of other minor misspellings, but it didn't irritate me enough to want to put the book down. Tight story line, good, sympathetic characters and a thrilling look into pure evil. Loved it.
Read more
Helpful
Report abuse

Dee Owers
5.0 out of 5 stars Fascinating
Reviewed in the United States on August 13, 2019
Verified Purchase
I love the way that the story just unfolds and never lets you go. It is like you are on this journey with the characters. Great story
Read more
Helpful
Report abuse
See all reviews

Kindle Customer
4.0 out of 5 stars Had this for ages... Not what I expected. But in a good way!
Reviewed in the United Kingdom on September 15, 2017
Verified Purchase
A good story and characters. I felt it needed an edit to tighten it up.

Was it meant to be the pilot of a series? I'd certainly read more.
Read more
Report abuse

linda lee
5.0 out of 5 stars brilliant
Reviewed in the United Kingdom on September 20, 2013
Verified Purchase
Wasn't sure when I first started to read this, as I got deeper into it the more I couldn't put it down. I think it's more a us book but as an adult I still enjoyed it. It's written from the point of view of a teenager, which was interesting. Also there was just the right amount of horror for me. Worth reading.
Read more
One person found this helpful
Report abuse
See all reviews
Back to top
Get to Know Us
Make Money with Us
Amazon Payment Products
Let Us Help You
EnglishChoose a language for shopping. United StatesChoose a country/region for shopping.
© 1996-2021, Amazon.com, Inc. or its affiliates