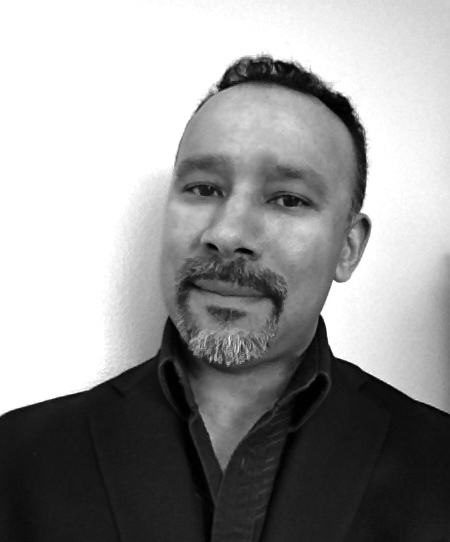 In this beautifully written and unsettling collection, Young (Torn) moves through the moments of his speaker's oft-broken life as he struggles to come to terms with the truths of his body and the world in which he exists. For much of the book, the speaker hovers between past traumas and how they affect his presentâlearning as a boy "to avoid danger, avoid fear" and as an adult recovering from a fractured spine caused by a car accident: "The dream/ always starts with the sound of breaking glass,/ the still surprising smell of burning rubber." It appears that Young wants the reader to take these experiences literally, but they also double as conceits for the mental and physical pains that derive from his speaker's attempts to negotiate his Catholicism with his homosexuality: "Because my wings had already erupted from between/ my shoulder blades. Because I had coveted/ another man in that secret space of my own head." Although these metaphors are well constructed, it seems that even Young is aware that, at times, they exist more to obscure than to reveal his speaker's truths: "Much of this world remains hidden, and/ all the science in the world cannot illuminate/ every dark corner, much less the corners of the mind." (Mar.)\n

"[Young] questions the limits of human knowledge while expressing unwavering conviction about the strength of the human heart." --Kenyon Review

"The collection showcases Young's skill with forms and repetition - the obsessions of the book are as tightly wound as clock springs onto these poems, the same kind of constraints and limits that a young man recovering from a spinal injury might feel as he watches the world from his hospital bed. The poems return to the same images, the same problems, and the same questions relentlessly, refusing to allow the reader, like the speaker, to escape the cage of the speaker's damaged body and anguished mind.... On the first reading, you'll be entranced by the stories the narrator tells about his strange disappearing wings and the recovery from his car accident. But it's Young's skill with forms and the lyric beauty of his writing even in poems describing intense pain that will make you return to this book. --Jeannine Hall Gailey, The Rumpus

"Between the writing itself and the often elegiac voice, a hallucinatory dreamworld is created from the ashes of accidents and the capricious blessings of the gods. It's a very easy world to inhabit and, through The Halo's revelations, we all learn that we're angels --fallen or about to be." --Greg Marzullo, Lambda Literary

“[W]e cannot rely on art to tell us the whole truth or even depend upon those who are supposed to protect us. And yet, [C. Dale Young] is compelled to make visible the darkness around us. Whether or not that itself is an act of tenderness, Young refuses to say for certain. And that is what makes his poetry a crucible where readers must confront their own beliefs--about poetry, society, and themselves.” (Christopher Hennessy, Ploughshares)

“But poetry can also demand that we not repair, that we leave torn what is torn. This is Young's great gift. He balances his desire to treat his subjects exquisitely and assiduously with his healthy skepticism about easy resolutions.” (Peter Campion, Los Angeles Review of Books)

“[T]he [poems] are preoccupied with human frailty, strength, and lust; with a complex and contradictory relationship with God; and with violence in forms small and large.” (Dilruba Ahmed, Kenyon Review)

C. DALE YOUNG practices medicine full-time and teaches in the Warren Wilson MFA Program for Writers. A recipient of multiple fellowships, his short fiction and poems have appeared widely. He lives in San Francisco.
Read more

Scott&Scott (aka Romentics)
5.0 out of 5 stars Magnificent boy-angel
Reviewed in the United States on December 22, 2016
Verified Purchase
This is a powerful collection of poems based on the image of a boy-angel all too human and blessed with wings. Confounding the presentation is an accident in which the poems' narrator was nearly killed by a drunk driver and "lost days"-- as well as a certain innocence. Young depicts a dazzling array of emotion: secret pride, deep shame, self-destructive anger, and a fascination with human form. The halo is both the Neck brace post-accident as well as the angelic halo befitting a man with wings, an almost angel, almost god. Searing imagery permeates throughout and Young never loses control or lets his imagery stray from focus on angels and wings and difference. Magnificent short collection and extra kudos for the many Boston references!
Read more
One person found this helpful
Helpful
Comment Report abuse

Justin Evans
5.0 out of 5 stars Must Read Poetry
Reviewed in the United States on April 28, 2016
Verified Purchase
C. Dale Young's fourth book of poems meets every expectation I have for what good writing is. The time and effort is readily apparent, and the impact each poem has is tremendous. This is poetry at it's most powerful. This is a book which remains with you after you finish it. Lovely.
Read more
2 people found this helpful
Helpful
Comment Report abuse

wordsworth
2.0 out of 5 stars Paint By Numbers Poetry
Reviewed in the United States on December 26, 2016
Verified Purchase
I have been studying poetry, both classic and contemporary, for thirty years. That being said, I'm no expert. I'm no literary critic, nor am I a well established writer. However, this is a boring collection of poems. "The Halo" reads like paint by numbers, with every metaphor, image, word safely in its place. No risk in terms of content or form. The use of wings as an extended metaphor to weave the collection together? It would be pretty tough to find more cliched symbolism, especially when it's used as scaffolding for an entire collection of poems. Poetry with training wheels. Young is a doctor, and he certainly sanitized his hands before writing this collection of poems.
Read more
5 people found this helpful
Helpful
Comment Report abuse

M. Roberts
5.0 out of 5 stars Fourth Time's a Charm
Reviewed in the United States on March 9, 2016
Verified Purchase
The speaker in C. Dale Young's poems nearly whispers to the reader. He is speaking directly to you: of the body and damage, of healing and the mysteries of what lies below the skin. This masterful collection is my personal favorite of all his volumes written thus far.
Read more
One person found this helpful
Helpful
Comment Report abuse

Anne Crow
5.0 out of 5 stars Glorious
Reviewed in the United States on July 15, 2020
Glorious. Love the central metaphor, love the structure of the book, returning again and again while moving out to encompass more with each pass. Beautiful, lush language.
Read more
One person found this helpful
Helpful
Comment Report abuse
See all reviews