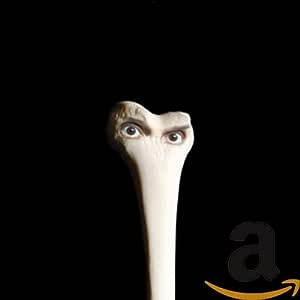 Save with Used - Very Good
$8.22
FREE Shipping on orders over $25.00 shipped by Amazon.
Arrives: Feb 12 - March 5
Ships from: Zoverstocks
Sold by: Zoverstocks

Juana Molina Format: Audio CD
4.9 out of 5 stars 32 ratings
Amazon's Choice recommends highly rated and well-priced products.
Amazon's Choice for "juana molina"
See all 5 formats and editions Hide other formats and editions
Includes FREE MP3 version of this album.&nbspProvided by Amazon Digital Services LLC. Terms and Conditions. Does not apply to gift orders.&nbspComplete your purchase to save the MP3 version to your music library.
Available at a lower price from other sellers that may not offer free Prime shipping.

Juana Molina is back with another masterpiece album, overflowing with emotions, musical ideas and mysterious atmospheres. With 'Halo', the Argentinian singer picks up where she left off with her previous acclaimed album 'Wed', and shows once more that she really is 'on an evolutionary journey of her own devising' (Pitchfork).

'Halo' is Juana's seventh album recorded in her home studio outside of Buenos Aires, and at Sonic Ranch Studio in Texas, with contributions by Odin Schwartz & Diego Lopez de Arcaute (who have both been playing live with Juana for a number of years), and Eduardo Bergallo (who has taken part in the mixing of her previous albums), with Deerhoof's John Dieterich making a guest appearance in a couple of tracks.

4.9 out of 5 stars
4.9 out of 5
32 global ratings
How are ratings calculated?
To calculate the overall star rating and percentage breakdown by star, we don’t use a simple average. Instead, our system considers things like how recent a review is and if the reviewer bought the item on Amazon. It also analyzes reviews to verify trustworthiness.
Top reviews

John
5.0 out of 5 stars and work wonderfully to break up the mood
Reviewed in the United States on June 28, 2017
Verified Purchase
This is the strongest set of tracks by Molina in over a decade, since Son, and in many ways hearkens back to her first masterpiece, Segundo. She is less ideologically pure, in that not everything can be replicated live with just herself, her guitar, and a loop machine. There are lots of drums, and some squiggly, non-repeating synth lines. And she has rediscovered melody and meaningful lyrics, which were almost absent from Wed 21. The fascination with mid-20th Century jazz that carried through the last two records is abated somewhat, and these songs come clearly from a folk tradition, although often a lively one. Nonsense songs are salted about the record, and work wonderfully to break up the mood, rather than constituting the whole mood themselves, as they did on Wed 21.

I am a big Juana Molina fan from way back, but I have not listened to Wed 21 much, and I got tired of Un Dia. This one really energized me again.

The Mighty Tyrone
5.0 out of 5 stars Juana at her best
Reviewed in the United States on June 20, 2017
Verified Purchase
This is Juana's most "pop" record and boy it is a wonderful one. Her vocals are very strong, her song writing at its usual high standard and musically top notch. I highly recommend this record.
Read more
One person found this helpful
Helpful
Report abuse

Bezweifeln
5.0 out of 5 stars Love Juana
Reviewed in the United States on September 29, 2017
Verified Purchase
As a huge fan of Juana Molina, ​I was still surprised by how nice this CD was. Yes, I bought the CD. Different in tone from her other work but very enjoyable. Buy this and spread the word on this incredible artist. I don't know what she's saying but she's one of my favorites.
Read more
Helpful
Report abuse

Dr. P
5.0 out of 5 stars Dem Bones
Reviewed in the United States on July 7, 2017
Verified Purchase
Molina continues to impress (and creep you out with the album art). Worth hearing as are all her albums. If you like sort of intellectual electronica, you will like what's going on here.
Read more
Helpful
Report abuse

Joao Miguel Ferreira
5.0 out of 5 stars I
Reviewed in the United Kingdom on September 27, 2019
Verified Purchase
So beautiful, this double album.
5 stars considering the songs, falling sharply considering the vinyl version... it’s a pity how this happens sometimes.

Robert
4.0 out of 5 stars You might like it
Reviewed in Canada on October 14, 2018
Verified Purchase
Lots goin on here
Read more
Report abuse
See all reviews