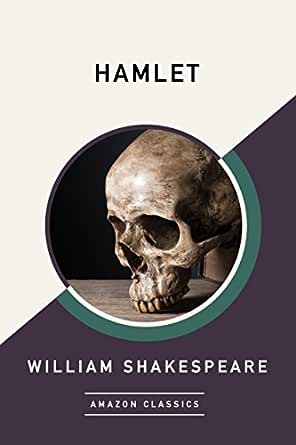 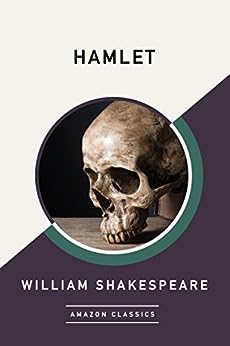 William Shakespeare (1564–1616) was born in Stratford-upon-Avon, Warwickshire, to a middle-class glover and a landowner’s daughter. He married Anne Hathaway in 1582 and moved to London to work with a theatrical troupe ten years later. Since little has been learned of his early life, nearly all of what historians know today about Shakespeare begins—on the London stage—in 1592. In the wake of his critical and public success, Shakespeare helped build the Globe Theater on the River Thames.

Regarded as the world’s preeminent dramatist, his extant works include thirty-eight plays, one hundred and fifty-four sonnets, and two narrative poems, all of which have been widely translated. To this day, his plays have been performed more often than those of any other playwright. They have been adapted for film and television, updated, deconstructed, and transfigured into ballets, operas, rock musicals, and Bollywood melodramas. Though his formal education extended no further than grammar school, William Shakespeare became the most transcendent and influential writer in world literature.

4.5 out of 5 stars
4.5 out of 5
790 global ratings
How are ratings calculated?
To calculate the overall star rating and percentage breakdown by star, we don’t use a simple average. Instead, our system considers things like how recent a review is and if the reviewer bought the item on Amazon. It also analyzes reviews to verify trustworthiness.

Reinold F.
5.0 out of 5 stars Reflections in life, art and death (AmazonClassics Edition)
Reviewed in the United States on July 10, 2019
Verified Purchase
Classics sometimes are adored by the wrong reasons and sometimes they are read by a matter of national pride and not necessarily literary quality. After Hollywood movies as the one with Leonardo DiCaprio (I liked that one) or the Oscar winner "Shakespeare in love" (I abhor it, I stopped seeing the Oscars thenceforth) I decided to read Shakespeare's works. I closed Hamlet and understood that his work is certainly one of a genius. Hamlet's populated by tragic mirrors in which the reflection of oneself could be a ghost and afterwards a friend. There is not pause in this famous story, each apparent interlude is just another layer that deepens the actions and words by the characters. With only voice Shakespeare gets to make a solid world filled with sounds and distances, nothing seems made by distraction, for example the scene of the play (inside the play) is so powerful as an image repeating itself ad infinitum. Although the style of English used is literary it doesn't feel unnatural. The only element I didn't get to like was the completness of the tragedy. I feel that imperfect annhilation is more powerful in the sense of dispair and realism. In reference to Amazon's edition I find it tasteful, modern design that doesn't get in the way of the reader, so there are only a reasonable amount of footnotes.

The spectrum of interpretations available in Hamlet is so vast that I believe this book to be inexhaustible and one I should revisit again. If you already read Hamlet you can pardon my enthusiasm, if you haven't read it yet I'd hope you can discover this fantastic book as well.

VA Duck
3.0 out of 5 stars Apple or Orange?
Reviewed in the United States on April 15, 2018
Verified Purchase
Are Shakespeare's plays really intended to be read...that is, by a lay-reader and purely for the purpose of a read? I suppose the reflexive answer is YES! But the read is always (to me) flat. I think the writing was intended as “lines” for his actors - to be performed on a stage, not read as a novel. I'll bet most people (no actual polling, mind you - who uses evidence anymore?) find the read of the plays...well dull. Part of that is the morphing of English over 400+ years which can make words and even thoughts obscure, but a large component, I suspect, is that the medium is not what The Bard intended.

Anyway - I blush to give “The Bard of Avon”, the greatest writer of the English language, a 3-star review. However, Hamlet was on my reading list (thegreatestbooks.org) but following reads of: Faulkner's “The Sound and the Fury”; or Virginia Woolf's, “To the Lighthouse”; or Ford Madox Ford’s, “The Good Soldier”; or Fyodor Dostoevsky’s “Crime and Punishment” or other masterpieces of that sort - Hamlet seems - 'three stars' by comparison! That is because I don't know how to compare apples and oranges. Or maybe it's because I prefer apples, or are they the oranges? In any event, forgive me Bill.

etc
5.0 out of 5 stars I've reread this several times
Reviewed in the United States on August 18, 2020
Verified Purchase
This was probably one of my favorite works of Shakespeare that I read and analyzed in high school. I think I read this play three or four times over that one school year.
Read more
Helpful
Report abuse

Korky
5.0 out of 5 stars There's only one question
Reviewed in the United States on January 1, 2021
Verified Purchase
How did he do it. The greatest writer of all time.
Read more
Helpful
Report abuse

John Koons
4.0 out of 5 stars Decent version
Reviewed in the United States on February 11, 2018
Verified Purchase
A bare-bones rendition of the play, with no liner notes or commentary. Good for those who only look to read the play. An easily read format, faithful to the main work, unlike some adapted versions.
Read more
One person found this helpful
Helpful
Report abuse

Shane Victorino
5.0 out of 5 stars Amazon Classics are a must have
Reviewed in the United States on November 5, 2019
Verified Purchase
Love all these classic novels and storys, please read
Read more
Helpful
Report abuse

Mike L
5.0 out of 5 stars A Classic Read
Reviewed in the United States on July 8, 2018
Verified Purchase
One of the all time classics. I enjoyed reading it again decades after reading it in school. The language can be odd at times but considering when it was written it’s fascinating that so much of it has meaning in today’s society.
Read more
Helpful
Report abuse

Katya Kazbek
5.0 out of 5 stars Horatio should have become president of Denmark
Reviewed in the United States on February 15, 2018
Verified Purchase
In addition to everything else, an interesting study of alleged mental health issues in patients of different gender identities. Everyone is gaslighting Hamlet but no one gaslights Ophelia, because she is female and therefore allowed to be hysterical. Then again, her insanity defies gender norms, she becomes a revelled image, absurd and flamboyant, camp, and then a corpse: just like male figures before her, Yorick, Caesar and Alexander, jesters equated to kings by becoming dust. Hamlet, however, does not get the same treatment, and that's fair enough: he is, merely a placeholder for the pre-imperial inbred malaise that haunts the English court, and, by way of metaphor, the Danish kingdom. He is serious as a heart attack and dies along with the squares.

In the end, I think Horatio should have become president of Denmark, and we could have saved a bunch of centuries figuring socialism out.
Read more
2 people found this helpful
Helpful
Report abuse
See all reviews

Mox
5.0 out of 5 stars This play is full of quotes
Reviewed in the United Kingdom on August 11, 2018
Verified Purchase
To be or not to be.....
Read more
Report abuse

Indranil Chaudhury
5.0 out of 5 stars Good edition
Reviewed in the United Kingdom on August 16, 2017
Verified Purchase
One of the best plays ever. For free. Hard to argue with that. Good value for money. Well worth a read.
Read more
One person found this helpful
Report abuse

Shan
5.0 out of 5 stars Nothing compares to Shakespeare
Reviewed in India on June 26, 2019
Verified Purchase
Hamlet is another play by shakespeare to which nothing really compares. It is a perfect blend of emotions, story, plot, treachery and what not. It takes the reader through umpteen ups and downs and by the time you finish the book, you feel like you have been on a roller coaster ride where you have lived another life. A must read.
Read more

5.0 out of 5 stars Nothing compares to Shakespeare
Reviewed in India on June 26, 2019
Hamlet is another play by shakespeare to which nothing really compares. It is a perfect blend of emotions, story, plot, treachery and what not. It takes the reader through umpteen ups and downs and by the time you finish the book, you feel like you have been on a roller coaster ride where you have lived another life. A must read.
Images in this review