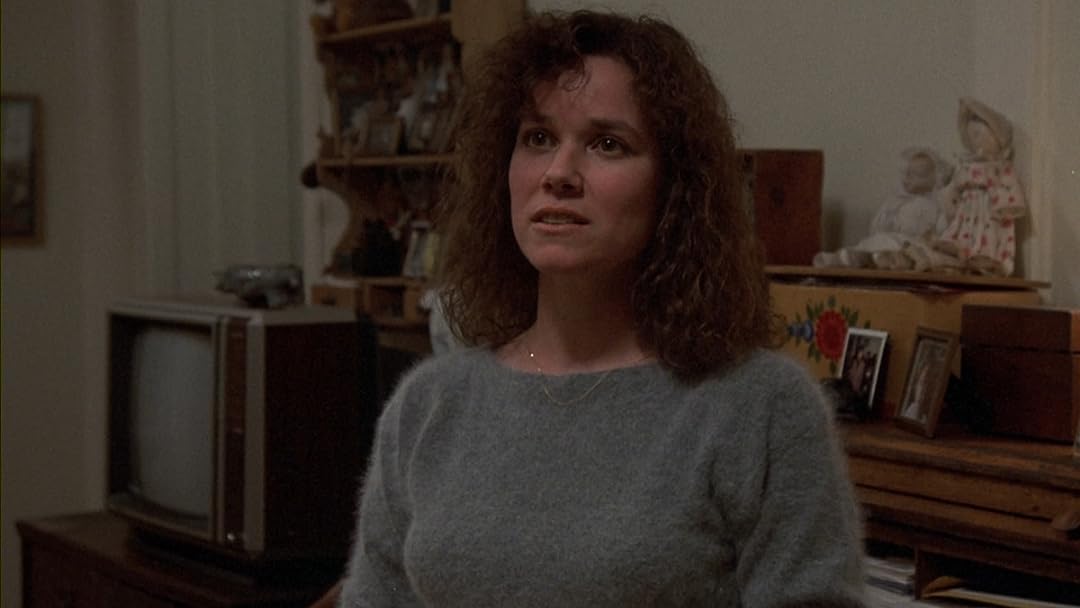 Hannah And Her Sisters

(969)7.91 h 46 min1986PG-13
Hannah has a husband who is cheating with one of her sisters and an ex-hubby going out with another - and both sisters look to her for support! Best Supporting Actor Oscars for Michael Caine, Dianne Wiest.

Watch with STARZ
Start your subscription
Add to
Watchlist
By ordering or viewing, you agree to our Terms. Sold by Amazon.com Services LLC.
Write review

joel wingReviewed in the United States on April 22, 2021
4.0 out of 5 stars
It's all about the heart
Verified purchase
Hannah And Her Sisters has a large ensemble cast with people going in all different directions. It’s part forbidden love, part comedy, part midlife crisis. Woody Allen stands out although he does his usual neurotic routine. It still works. For instance his doctor tells him he lost a bit of his hearing and he thinks that means he’s got a tumor and he’s dying. The movie was actually a sign of Allen expanding his writing. Before he would’ve combined all these themes into one character, usually himself, but this time he broke it up into three different stories with a large ensemble cast. Allen remains a romantic at heart however so despite the complicated plot everything works out in the end which is a fitting conclusion to this film which as Allen says is all about the heart.
2 people found this helpful

prisrobReviewed in the United States on December 28, 2016
5.0 out of 5 stars
Secrets Revealed, Secrets Kept
Verified purchase
Thanksgiving with the family is always a time of unrest and uncertainty. And, in this film, it starts slowly, but soon we are engrossed in the entire lives of Hannah and her sisters and their men.

Hannah played by Mia Farrow, is an actress, stay at home mom, married to an accountant played by Michael Caine. They hold the Thanksgiving dinners where everyone meets. Lee, Hannah's sister, played by Barbara Hershey, lives with an eccentric artist. The other sister, Holly, is played by Diane Weist, she is a recovering cocaine addict and always needs money. Elliott, the accountant thinks he is in love with Lee, though he really loves Hannah. He and Lee have an affair that drags on. Holly finally finds her place with script writing. The entire family is upset, and the issue becomes unsettling. Carrie Fisher plays a small part as Holly's partner in a catering service.

What we have is a mess, here, sheriff. Each of the sisters is trying to find her way. Woody Allen plays Hannah's ex husband, a neurotic as always, but he is at his best in this film. As each member of the family tries to find their way, life has more meaning. Secrets are told, and secrets kept, and in the midst, wonderfully revealing stories and solutions are found. This is said to be Woody Allan's best film, and it was a captivating afternoon.

VideobarbsReviewed in the United States on February 13, 2021
4.0 out of 5 stars
A tale of intertwining siblings
Verified purchase
This is a Woody Allen classic from my era, but somehow I never saw it. Voila, 37 years later up it pops for FREE with Amazon Prime. Thank you Mr. Bezos. It's interesting that of the main stars, many are still alive and some have passed but it appears that Diane Wiest is most recently actively working (2021 HBO max "Let Them All Talk"). She won an Academy Award for her "Hannah et al" for her performance as Holly. It was no surprise as she was the most engaging and showed great range in Hannah & Her Sisters. The movie has a 1980s pace; somewhat slower than today's fare. All the actors were great and the story ended with all the loose ends tied up as best a dysfunctional family can tie anything up completely. Also, leave it to Woody Allen having many NYC street scenes which are enjoyble. I won't watch it again as I do other oldies, but it was a great Friday evening with a good story and excellent acting.
One person found this helpful

RealGoodReviewed in the United States on January 30, 2017
5.0 out of 5 stars
Classic Allen
Verified purchase
This is one of Woody Allen's more "serious" movies, but he still gets in plenty of laughs. (Crucifix... check. Religious tomes... check. Wonder bread and mayo... check.) Watching this a second time after many years, I was surprised by how many great supporting actors appeared that I didn't remember (Julie Kavner, Sam Waterston, John Turturro, Carrie Fisher, etc.). But the standout performance is by Dianne Wiest, who is terrific; it really makes you wonder why she didn't get bigger parts later. Max von Sydow is also great in a supporting role, as usual. I did have a couple of peeves; for example, we see Hannah as a wife, sister, and daughter, but hardly at all as a mother despite having four kids. But those are mostly quibbles. Despite dealing with some pretty weighty issues (mortality, infidelity, sibling rivalry, etc.), this movie really keeps the viewer engrossed and entertained throughout. I highly recommend it.
7 people found this helpful

Claudia47Reviewed in the United States on December 26, 2016
5.0 out of 5 stars
Beautifully Photographed Woody Allen Classic
Verified purchase
[[ASIN:B00YD55Z94 Hannah And Her Sisters]] I'm a big fan of Woody Allen's films and I think this is one of this best..as per his usual style, the film features a fair amount of jazz music, which adds atmosphere...but his photography is spectacular - there is one scene where an architect is showing two women his favorite New York buildings and the photography showcases some gorgeous structures. The plot ties together several relationships that take place between 3 Thanksgivings. All of the characters are engaging. If I had one criticism, it would be the story line about one Woody-Allenesque character's struggle with faith and depression...Mr. Allen does that too often and it feels too much like self-therapy, so it's stopped being interesting to me. (The subject is a recurring theme in his films.) But even that storyline has moments that are worth watching...overall a very entertaining film.
7 people found this helpful

Mark SchildbergReviewed in the United States on January 29, 2013
5.0 out of 5 stars
Woody meets Chekhov
Verified purchase
This is Woody Allen's best film in an extraordinarily creative, accomplished career. Its blend of tears and laughter is perfect, with every scene hitting its mark with acuity. The remarkable cast portrays a group of New Yorkers that act like so many of Chekhov's characters (although Manhattan is the farthest thing from Moscow): miserable on the surface, but real swingers underneath. I won't go so far as to say Woody's inspiration was the play "Three Sisters," but I find a deep similarity in there somewhere.

I loved Roger Ebert's insight about the titles that precede certain scenes. He said that the reason Woody used this device was to demonstrate how much we want to organize our lives into neat chapters, but that life always manages to upend all our plans with the unpredictable. Many lives are indeed upended in Woody's brilliant story, and where they will all land is what keeps us engaged and fascinated by what is happening on the screen. This film has my favorite of all of Woody's endings, too.

I went back and forth for years debating whether this film or "Manhattan" was Woody's greatest. Now I'm sure. If you own only one Woody Allen movie, make it this one.

SummerReviewed in the United States on December 5, 2018
5.0 out of 5 stars
Happy I Took the Time to Watch it Again
Verified purchase
I saw this film when it was first released and thought it was a bunch of jibber-jabber from a cast of too many people. However, this time I paid attention to the entire film and was moved by the performances and the content. In a few years, I will see it again.
3 people found this helpful

CordeliaReviewed in the United States on April 18, 2017
4.0 out of 5 stars
Is there life beyond Woody Allen?
Verified purchase
If you like Woody Allen and consider New York City to be the Garden of Eden (it's the Big Apple after all), you will thoroughly enjoy this film.

If you don't like Woody, this film is good enough you may enjoy it anyway for the story and fine acting. Plus all the neurosis you xpect and more.

If you're a millennial wondering who is this Woody guy your mother raves about (Dad not so much unless he's a professor at Columbia), then try this one and 'Manahattan.' Ignore the recent stuff where Woody becomes ridiculously obsessed with and sex, and loses his sparkle.
One person found this helpful
See all reviews
Back to top
Get to Know Us
Make Money with Us
Amazon Payment Products
Let Us Help You
EnglishChoose a language for shopping. United StatesChoose a country/region for shopping.
© 1996-2021, Amazon.com, Inc. or its affiliates