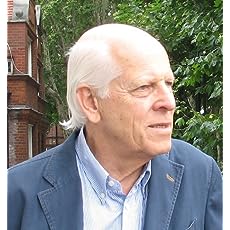 Hans Brinckmann, born in The Hague, suppressed his dream to embark on a career in writing and joined the Far Eastern staff training program of Amsterdam's Nationale Handelsbank fresh out of high school. He was assigned to the bank's Singapore branch, and then to the Kobe branch in Japan, eventually rising to Tokyo Branch Manager at age 29.
Always the "reluctant banker," he nevertheless continued to pursue his career, which eventually took him to New York, where he served as president of the Institute of Foreign Bankers, representing two hundred and forty banks, and as president of a Dutch-American foundation active in cultural exchange. In 1986, Queen Beatrix made him an Officer in the Order of Orange-Nassau for 'cultural and professional achievement.'
He retired from banking in 1988. Since then he has lived in London, Amsterdam, Sydney and Japan, developing his career as a journalist, lecturer, poet and writer of fiction and non-fiction prose. He has published two collections of short stories, a highly-acclaimed memoir, a post-war history of Japan and a bilingual (English-Japanese) book of poetry. His first novel, "In the Eyes of the Son" is due to be published in 2014.
In 2008 Brinckmann - together with his friend Ysbrand Rogge - held a month-long exhibition in Tokyo of photographs taken by them in Japan between 1951 and 1974, which drew 50,000 visitors. Brinckmann now lives in Fukuoka, Japan. He maintains two websites: www.habri.jp (bilingual English/Japanese) and www.habri.co.uk (English). 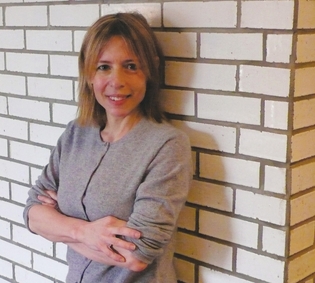 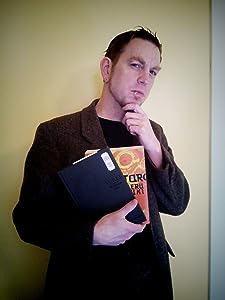 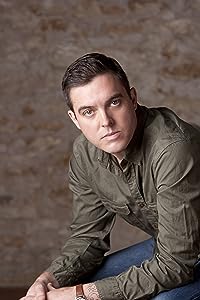 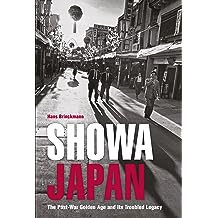 Showa Japan: The Post-War Golden Age and Its Troubled Legacy May 7, 2011
by Hans Brinckmann , Ysband Rogge
( 11 )
$9.99
Japan's momentous Showa era began in 1926, when Emperor Hirohito ascended the throne, and ended with his death in 1989. This was a tumultuous period in modern Japanese history—a time of great disaster and tremendous triumph for Japan.

This book focuses on the post-war period in Japan when the nation stood at the zenith of her economic power. Today, the term Showa is shorthand for a glamorous period in which, all too briefly, Japan was the richest nation on earth and the envy of the developed world. A growing nostalgia for this period is now memorialized in Japan in a national holiday. It was an era of stratospheric growth which saw Japan's transition from an isolated, impoverished nation to a peaceful one holding an exalted position as the world's second largest economy.

But what is the true meaning of the Showa era, and what is its legacy for the Japanese today? In Showa Japan, Hans Brinckmann provides a clear-eyed exploration of the Showa period as it really was—not just a time of wondrous change but of wild excesses that would eventually come crashing down with the bursting of Japan's economic bubble—exactly as occurred in the rest of the world, but almost 20 years earlier! From the heights of extravagance to the lean years that followed, Brinkmann, a long-time resident of Japan, examines the impact of the Showa era and its aftermath on every aspect of Japanese society.

Featuring dozens of period photographs, interviews, and a wealth of factual information and personal reflections, this book provides an in-depth portrait of a Japan that once was—as well as a blueprint for one that might still be, if only the lessons of the past could be learned.
Read more
Other Formats: Hardcover , Paperback 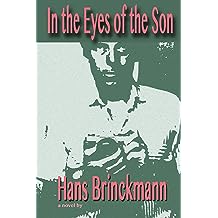 In the Eyes of the Son Sep 6, 2015
by Hans Brinckmann
( 8 )
$7.95
Peter dreams of life with a camera, but his father doubts he has the toughness required to be a professional photographer, and pushes him instead into a more sensible profession: international banking. Twenty-five years later, dramatic events lead Peter to sacrifice his stable career and family for a photographer's life - in New York. A vicious attack, however, disrupts his first success, leaving
him to wonder how he will ever reconcile with a stubborn father with whom he's never seen eye-to-eye.
Read more
Other Formats: Paperback 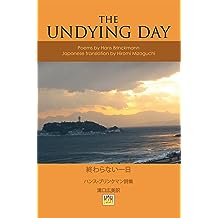 A widowed water bird in an Amsterdam canal abandoned villages flitting fitfully by as he rides the Eurostar to Paris the sun, averse to setting, extending the you-filled day such are the diverse sources of inspiration for Brinckmanns poetry.

Unconstrained by locale or subject matter, his lines celebrate the marvel of love and ponder lifes irretrievable losses. He is no stranger to whimsy either, nor to the search for lifes ultimate meaning.

After publishing a highly-acclaimed autobiography (The Magatama Doodle, 2005); a cosmopolitan collection of stories (Noon Elusive, 2006); and a history of postwar Japan (Showa Japan, 2008), Brinckmann now offers his readers this selection of his poetry, written over the past half-century in seven countries. The book ends with the memorable Ballad of Hope Hill, set to music and performed in The Netherlands.

Brinckmanns translator, Hiromi Mizoguchi, has rendered the poems into exquisite Japanese, shown side-by-side with the originals.