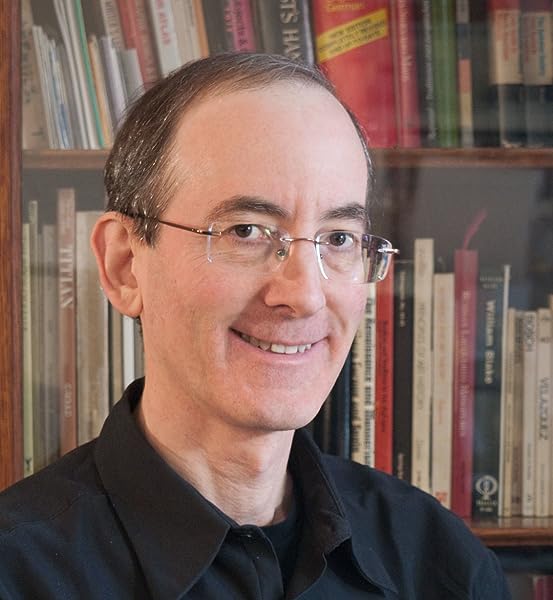 by The Brothers Grimm (Author)
4.4 out of 5 stars 151 ratings
Part of: Classic children's stories (6 Books)
See all formats and editions Hide other formats and editions
Read more Read less
Inspire a love of reading with Prime Book Box for Kids
Discover delightful children's books with Prime Book Box, a subscription that delivers new books every 1, 2, or 3 months — new customers receive 15% off your first box. Learn more.
click to open popover

Start reading Hansel and Gretel on your Kindle in under a minute.

4.4 out of 5 stars
4.4 out of 5
151 global ratings
How are ratings calculated?
To calculate the overall star rating and percentage breakdown by star, we don’t use a simple average. Instead, our system considers things like how recent a review is and if the reviewer bought the item on Amazon. It also analyzes reviews to verify trustworthiness.

Philip Smith
5.0 out of 5 stars My mom read this to me 28 years ago
Reviewed in the United States on May 16, 2019
Verified Purchase
My mom read this exact copy back in the 80’s. I loved it then and I still love it now. I think the age range would be more for 7 and older. My 5 year old finds it a little scary but my 7 year old loves it.
Read more
5 people found this helpful
Helpful
Comment Report abuse

Stacie D.
2.0 out of 5 stars Big printing mistake but great version and illustrations
Reviewed in the United States on September 15, 2019
Verified Purchase
The same text is printed twice on different pages, so the storyline doesn't make sense. It's missing text about when Hansel and Gretel come upon the witch's house. I'm hoping this copy is the only mistake in the printing and the seller can send me a correct one! Because this reprinted "old version" of Hansel and Gretel is wonderful. I love the illustrations and poetry.
Read more

wedgita
3.0 out of 5 stars No Pictures
Reviewed in the United States on February 6, 2019
Verified Purchase
I just want to say that this book ha no pictures inside, just large print. I bought it for my 3.5 year old but it's appropriate for a 7 year old who is learning to read.
Read more
4 people found this helpful
Helpful
Comment Report abuse

Kenyon
4.0 out of 5 stars True to the original, and well-illustrated
Reviewed in the United States on March 19, 2012
Verified Purchase
The tale of Hansel and Gretel is hundreds of years old and has been told time and time again. Rika Lesser's retelling, however, strives to be a true as possible to the tale as it was first published by the Brothers Grimm. Beware that this version of the story is darker than more modern, Disney-fied versions: the mother, wanting more food for herself, abandons her children in the forest. When they return, she angrily takes them back into the forest and leaves them when they're sleeping. Then of course there's the whole debacle with the children-eating witch and Gretel cooking her alive in the oven, a portion of the story that, for all it macabre violence, hasn't actually changed much over the centuries. But at the end when the children return home, their mother has "died" inexplicably, and it may just be me, but it seems likely that the father, outraged with his wife's attitude towards her children, has done her in.

This is Hansel and Gretel in all its glory, with folksy, well-done illustrations by the esteemed Paul O. Zelinksy. I wish there were a bit more detail in the illustrations, but it seems Zelinksy strove to capture the rustic feel evoked by the text.

My one criticism is that the story is rather long, but this is likely due to its loyalty to the original. In the final analysis, this is one of the much better - if not best - tellings of Hansel and Gretel on today's market.

J. Barber
5.0 out of 5 stars Childlike innocence repercussions
Reviewed in the United States on July 6, 2019
Verified Purchase
How gullible people can be, and others waiting in the shadows, more than willing to take advantage of their unfortunate circumstances.
Read more
One person found this helpful
Helpful
Comment Report abuse

Kindle CustomerTop Contributor: Coloring
VINE VOICE
5.0 out of 5 stars Beautiful!
Reviewed in the United States on September 3, 2001
Verified Purchase
As a 5 and 6 year old, I recall reading this stark version of the fairy-tale. The illustrations here are simply beautiful! I remember talking to my mom about the issues in this tale -- famine and starvation, abandonment, cannibalism, supporting, being supported by your sibling, and returning/reunited to your family after being through everything.
My mom helped me understand the mom's behaviour in this story, and I hope I can do that for my son some day. Like all fairy tales, this simply looks at some of the worst that could happen, and lets you see a way out. I read it without these gorgeous illustrations too. You can't disney all of life, though I admit, I'm a sentimental soft-hearted person who cries when the cats get rained on when I'm watching the Aristocats :-) Enjoy, and think too ...
Read more
36 people found this helpful
Helpful
Comment Report abuse

Kindle Customer
4.0 out of 5 stars Kids thought it was funny.
Reviewed in the United States on September 17, 2020
Verified Purchase
Kindle version, it was great. Read it to 5 and 7 year olds. Told them it would be scary, and they laughed the entire time... my only gripe with this version is that it fails to explain why she has to check Hansel's finger for fat, or why Gretel has to check the oven, so in my telling, I just added that the witch was blind because it wasn't in the story. Odd.
Read more
Helpful
Comment Report abuse
See all reviews

Dawn
1.0 out of 5 stars thin and not suitable for younger kids which is what this book should be about
Reviewed in the United Kingdom on December 1, 2016
Verified Purchase
I expected it to be more child friendly very thin and no pictures for the kids to use their imagination with .... I wouldn't recommend nor buy again
Read more
Report abuse

Nannaduckling
5.0 out of 5 stars Memories
Reviewed in the United Kingdom on May 16, 2014
Verified Purchase
Really enjoyed reading this book to my granddaughter, brought back lots of childhood memories of all the lovely stories I used to read
Read more
Report abuse

Angela Maschwitz
1.0 out of 5 stars Tne worst children's book I have ever seen
Reviewed in the United Kingdom on October 6, 2017
Verified Purchase
It is written in terrible language which I could hardly understand and my grandson definitely could not comprehend. Total waste of money.
Read more
Report abuse

Openyoureyes
4.0 out of 5 stars A favourite at bedtime
Reviewed in the United Kingdom on March 13, 2014
Verified Purchase
Grandson has bought these for his kindle loves to read the book at bedtime with all his other fairy tales
Read more
Report abuse

Linda Williams
5.0 out of 5 stars this book is just the ticket for my 6 year old granddaughter.
Reviewed in the United Kingdom on December 13, 2013
Verified Purchase
The book was as it appeared on the web site, a delightful presentation of this traditional tale. A great read.
Read more
Report abuse
See all reviews