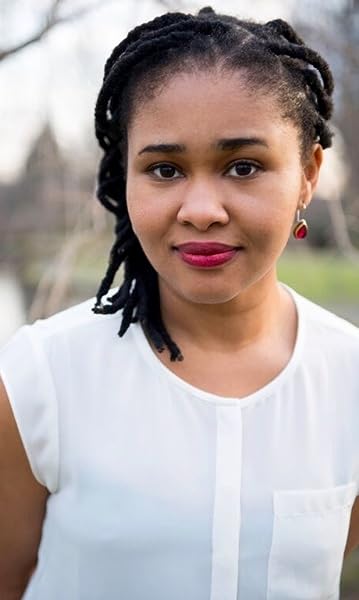 In her first collection of stories, Nigerian-born Okparanta focuses primarily on African women and their relationships with family, lovers, colleagues, and the community at large. Okparanta draws on her experience as a Jehovah’s Witness growing up in Port Harcout and immigrating to the U.S. These are fierce, unflinching stories of the complicated knotting of close ties and the strange behaviors of language. In stories of hearsay and rumor, Okparanta portrays the ways language creeps around social circles and intrudes, distorts, and penetrates the heart of life. In “Wahala!,” after receiving questionable advice from a shaman, a husband and wife hear chillingly different intonations in each other’s intimate exhalations. In “Fairness,” young girls overhear talk about using bleach to lighten skin color and experiment with the treatment to horrendous results. In other stories, Okparanta presents a picture of the U.S. as envisioned and talked about by Nigerians overseas. Named one of Granta’s New Voices, Okparanta joins the good company of young writers like NoViolet Bulawayo (We Need New Names, 2013) and Téa Obreht (The Tiger’s Wife, 2011). --Diego Báez

"Astonishing. Okparanta s narrators render their stories with such strength and intimacy, such lucidity and composure, that in each and every case the truths of their lives detonate deep inside the reader s heart, with the power and force of revelation." Paul Harding
Here are Nigerian women at home and transplanted to the United States, building lives out of longing and hope, faith and doubt, the struggle to stay and the mandate to leave, the burden and strength of love. Here are characters faced with dangerous decisions, children slick with oil from the river, a woman in love with another despite the penalties. Here is a world marked by electricity outages, lush landscapes, folktales, buses that break down and never start up again. Here is a portrait of Nigerians that is surprising, shocking, heartrending, loving, and across social strata, dealing in every kind of change. Here are stories filled with language to make your eyes pause and your throat catch. Happiness, Like Water introduces a true talent, a young writer with a beautiful heart and a capacious imagination.
"Intricate, graceful prose propels Okparanta s profoundly moving and illuminating book. I devoured these stories and immediately wanted more. This is an arrival." NoViolet Bulawayo
"Okparanta's prose is tender, beautiful and evocative. These powerful stories of contemporary Nigeria are told with compassion and a certain sense of humor. What a remarkable new talent." Chika Unigwe
"A haunting and startlingly original collection of short stories about the lives of Nigerians both at home and in America. Happiness, Like Water is a deeply affecting literary debut, the work of a sure and gifted new writer." Julie Otsuka

Chinelo Okparanta was born in Port-Harcourt, Nigeria. A Colgate University Olive B. O'Connor Fellow in Fiction as well as a recipient of the University of Iowa's Provost's Postgraduate Fellowship in Fiction, Okparanta received her BS from The Pennsylvania State University, her MA from Rutgers University, and her MFA from the Iowa Writers' Workshop. She was one of Granta's six New Voices for 2012 and her stories have appeared in Granta, Tin House, The Kenyon Review, and elsewhere. Her story "America" was short-listed for the Caine Prize in African Writing.