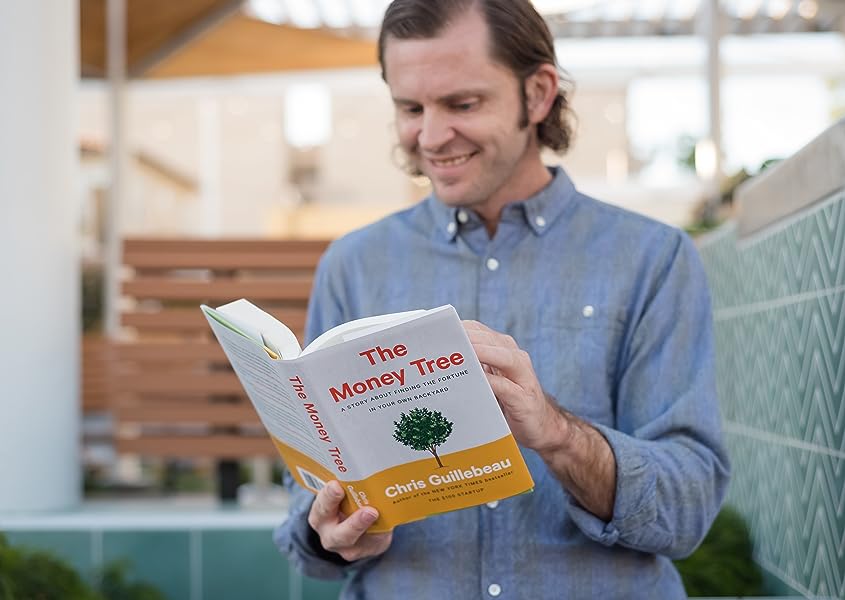 The Happiness of Pursuit: Finding the Quest That Will Bring Purpose to Your Life Hardcover – September 9, 2014

A Q&A with Author Chris Guillebeau

What do you mean in your book by questing?

Questing refers to the pursuit of a long-term challenge or adventure with a series of intermediate steps. The “questers” I write about are focused on a specific goal, often to the exclusion of all others. They devote years toward the journey, inevitably finding themselves changed along the way.

What is a quest? Is it just a long trip or athletic pursuit?

A quest has a few specific characteristics: a clear goal, a real challenge, and a set of milestones along the way. Interestingly, while a quest is often an extended physical journey—like visiting every country in the world or circumnavigating the oceans in a small sailboat—there are many other kinds of quests as well. Over several years of research, I met activists, academics, artists, and others who chose to spend long amounts of time on something that mattered to them. I was interested in why they undertook such a mission, and what happened to them as they drew closer to their goal.

How long did it take to visit every country in the world?

Start to finish, it took eleven years. However, I didn’t really begin the quest aspect of traveling until after I’d been to the first forty or fifty countries. From there, I set a goal of visiting one-hundred countries. As I approached the first one-hundred, I decided to attempt the challenging of visiting all of them. This led to a five-year process of traveling 300,000+ miles a year, constantly learning about the world and figuring out logistics as I went along. I also visited many of the same countries over and over as I traveled to locations further afield.

How do questers decide on what to pursue and what to avoid?

If you’re going to pursue a quest, you should choose something you’re really excited about. My quest was to visit every country in the world, mostly because I loved travel and enjoyed combining it with the structure of goal-setting. Others focus on their own hobbies or passions, turning them into the long-term pursuits: to knit 10,000 hats, to walk across America, to become a real-life ninja, and so on.

It also helps if there’s a deeper purpose to your quest. Many of the people I talked to for the book felt a sense of calling or mission, even if they weren’t religious. They were compelled; they simply had to pursue the quest. They knew if they didn’t, they would always regret it.

What role do family and friends play in questers pursuing their dreams?

Is it important to document a quest?

One of the key themes of quests is that they must be measurable. They must have an end goal—you have to be able to say, “This is what I’m working toward and I’ll complete it when x happens.” Documenting the steps along the way provides tremendous momentum, since you can see how far they’ve come and how far still remains.

In my case I used a Wikipedia article that contained a list of every country. I copied it into Evernote and whenever I visited a new country, I’d place a big X beside it. As the years went by, the number of Xs grew until there were only a few places I hadn’t visited. Finally, I was able to visit those places as well. Just having that file gave me a sense of urgency as I made my plans and set out on another Round-the-World trip or 30-hour series of flights.

What happens to someone after they’ve completed the quest or achieved their goal?

Most of the time there's a feeling of accomplishment combined with a sense of melancholy or even alienation. Quests are complicated! Very often, much of the identity of the quester lies in the quest itself. The best path forward is usually to take some time to reflect on the journey. Then—whenever the time is right—you’ll need a new quest.

“Chris Guillebeau is a rare combination of sage and adventurer, and The Happiness of Pursuit is both a distillation of his wisdom and and a demonstration of his -- and others’-- passion for the questing life.  The passion Chris chronicles is infectious, and it becomes even more so as we read about life-focusing action delivering deep meaning.  Even if you prefer never to leave your armchair, this book will inspire you to to take a beautiful voyage – one that can be either physical or mental as you chase the thrill of steady accomplishment.”
—Susan Cain, Quiet Revolution co-founder and New York Times bestselling author of Quiet: The Power of Introverts in a World That Can’t Stop Talking

"If you like complacency and mediocrity, do not read this book. It's dangerously inspiring. It will make you want to do amazing things with your life. You may not end up visiting every country on Earth or directing a global protest from the top of a tree (I certainly won't), but Chris made me want to dive into an adventure. The Happiness of Pursuit is a how-to guide for avoiding a boring life."
—A.J. Jacobs, New York Times bestselling author of The Know-It-All and The Year of Living Biblically

“The Happiness of Pursuit is smart, honest, and dangerous. Why dangerous? Because it is as practical as it is inspiring. You won't just be daydreaming about your quest -- you'll be packing for it!”
—Brené Brown, Ph.D., LMSW, author of the #1 New York Times bestseller Daring Greatly

“It’s not easy to dream big—and it’s not easy to turn that dream into reality. The brilliant Chris Guillebeau provides the essential blueprint for those of us for whom the happiness of pursuit—such as Chris’s successful quest to visit every country in the world—is a key part of the pursuit of happiness.”
—Gretchen Ruben, New York Times bestselling author of The Happiness Project

“The incredible quests Chris Guillebeau explores in The Happiness of Pursuit, including his own to visit every country, left me feeling exhausted. Of course, as a person who works from home, I limit my quests most days to taking a shower. Bottom line: these stories are inspiring--and very, very entertaining.”
—Joel Stein, columnist, Time magazine and author of Man Made: A Stupid Quest for Masculinity

“Passion is the quickest route to joy -- the kind that gets your heart beating and your soul smiling. It involves committing to something bigger than yourself, taking risks, trusting; there’s no passion in your comfort zone. Guillebeau’s route to happiness is taking on a quest -- something that will get you up in the morning, impatient to begin your day. His stories, biographies, observations, and personal insights will get you thinking about a greater purpose. And there’s a lot of how-to in here. If you’ve been wondering ‘what it’s all about?’ this book could change your life.”
—Rita Golden Gelman, author of Tales of a Female Nomad, Living at Large in the World

“When a quest is a journey or a sought-after goal, it can be satisfying, fun, even paradigm-shifting. But when a quest begins with an inner yearning and transforms into a calling, it becomes medicine for the soul, and this changes everything. The Happiness of Pursuit is an invitation to listen to the part of oneself that craves purpose. It says. "Hey! Wake up! Your unique adventure awaits you."
—Lissa Rankin, MD, New York Times bestselling author of Mind Over Medicine

CHRIS GUILLEBEAU is the New York Times bestselling author of books including The $100 Startup, The Happiness of Pursuit, and The Art of Non-Conformity. He is also the founder and host of Side Hustle School, a daily podcast with more than 2 million downloads per month. During a lifetime of self-employment and side hustling, he visited every country in the world (193 in total) before his 35th birthday.
Read more