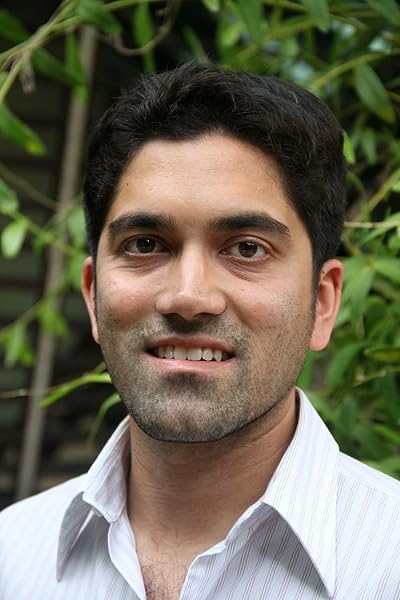 These wide-ranging, diverse, and richly stimulating essays deserve to be read by anyone seriously interested in Singapore's future. --Donald Emmerson, Stanford University

Donald Low and Sudhir Vadaketh are two of our most original thinkers. --Tommy Koh, Ambassador-at-Large

Donald LOW is Associate Dean for executive education and research at the Lee Kuan Yew School of Public Policy, National University of Singapore.

Sudhir Thomas VADAKETH is the author of 'Floating on a Malayan Breeze: Travels in Malaysia and Singapore'.
Start reading on your Kindle in under a minute.

Francis Fong
5.0 out of 5 stars A relevant book for those who want a fresh mindset to the future and not through rear view mirrors
Reviewed in the United States on January 18, 2015
Verified Purchase
Singapore has done well in the past 50 years. However, I agree fully with the observation that source of our success can also be our undoing. Unquestioning meritocracy, social inequality and the vulnerability syndrome can limit our future generations.
A book that dares Singaporeans to have belief that the foundation we have built allows for us to be a great city state for he future not by being more of the past but to be aspirational and really build a new social compact that will make us all strive to make it a home that both the young and old can live happily in a trusted engagement with fear that our future is constantly under threat.

Tay Liam Wee
4.0 out of 5 stars Honest & Courageous!
Reviewed in the United States on September 24, 2014
Verified Purchase
A realistic and factual compilation of papers articulating the real situation and challenges facing Singapore today. Whilst it gives us an understanding of how we got into our current position, it also attempts to offer alternative solutions, from the author's perspective of course, on the way forward. A definite must-read for anyone who is interested in the future of Singapore and I certainly hope to see more of such discussions and debate in open forums involving the ruling elite and her people to forge a way forward for the future of the nation.
Read more
One person found this helpful
Helpful
Comment Report abuse

Hawyee Auyong
5.0 out of 5 stars Must read for Singaporeans, civil servants, policy makers, and Singaporephiles.
Reviewed in the United States on April 20, 2014
Verified Purchase
I don't think it will be an exaggeration to say that it will be one of the most important books this decade on Singapore. Every person interested in policy making, being an active citizen, or in Singapore affairs should go buy this book. For USD 9.99 for the Kindle version, this purchase is a no-brainer. The writers show how, after 40/50 years of success, what's needed now for Singapore is not to keep doing things the same way, but to return to fundamental values and ask basic questions so that we can be as innovative and effective in policy making as we once were.

You don't have to agree with the writers to enjoy the book. It's more than enough that they help to frame a problem differently so that we can explore better solutions.

I particularly enjoyed Thum Ping Jin's essay on how the current political environment in Singapore parallels what existed towards the end of British rule, which showed that a politically vibrant society is both viable in Singapore and beneficial for long term survival.

That being said, because the rest of the book is so good, I do wish that there had been 1 or 2 more essays on the economic challenges facing Singapore included (besides the one by Linda Lim), especially since I used to work for EDB then MTI. However, I was told by one of the writers that they had to be selective in culling the number of essays, and that there could possibly be a volume 2.

This book leaves me hopeful for Singapore. Every civil servant should read this book.

deOnn
2.0 out of 5 stars Good articles. Internet quality
Reviewed in the United States on May 27, 2014
Verified Purchase
The essays in the book are good arguments on Singapore's current political climate. However, the quality of the write-ups are similar to what I would find on social media, seemingly put together into a published book. Why the writers chose to publish a book containinga a series of essays is beyond me. This isn't poetry.
Read more
Helpful
Comment Report abuse

Ms. Jess
5.0 out of 5 stars Cool, Hard Logic
Reviewed in the United States on July 1, 2015
The opening line of this book is as follows:

"Singapore's economic success masks some uncomfortable truths about life in this city-state."

The chapters cover a wide range of topics, from economics, to inequality, to land mass / population challenges, housing policies, democracy, meritocracy, as well as the concept of defining a national identity.

Historian Thum Ping Tjin's chapter, "The Old Normal is The New Normal," is hard-hitting for it demonstrates how the lesson of history is clear, that "only democracy, dissent, and diversity can offer the leaders and ideas required to meet Singapore's challenges."

In Chapter 12, Donald Low analyses what went wrong for the PAP during the 2011 General Election (GE 2011). He writes that the Singapore population is becoming "more demanding of transparency [and] accountability." I hope future Singapore leaders take note of the wise advice laid out, such as how high ministerial salaries contribute towards the weakening of political discourse which is "not conducive to mature, reasoned public debate of our policy problems." The chapter also suggests that political reforms "founded on the virtues of fairness, equality and resilience" will help sustain Good Governance.

Donald Low ends off the book on a personal as well as social note. He concludes:

"As a liberal, the policy and institutional changes I wish to see are those that would make Singapore a more just city-state, one that prioritises the well-being of its citizens over narrow measures of economic progress."

The biggest strength of Hard Choices is the diplomatically critical tone throughout the writing. The style is moderate and objective without being too inaccessible to the general reader with an interest in Singapore's politics and/or policies.

It is this consistency throughout the chapters which renders the writing as effectively persuasive, in terms of why Singapore needs to undergo vital and constructive change in terms of governance. This happens to coincide with a new generation of Singaporeans that are "empowered by the internet and social media," which as Mr. Low and Sudhir Thomas Vadaketh write in the preface, has enabled citizens to "openly question many of the PAP's long-held assumptions and beliefs."

I would definitely recommend Hard Choices to people who may find "anti-government" or "anti-establishment" websites a bit too critical. I believe more than a few Singaporeans would be able to appreciate the book's presentation of a wide range of pertinent issues, along with real alternatives that should be considered for the betterment of the nation and its citizens.

After all, it's hard to argue with cool hard logic.
Read more
Helpful
Comment Report abuse
See all reviews from the United States