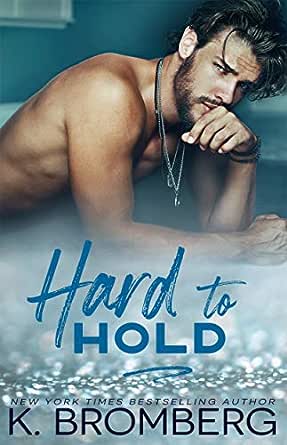 You've subscribed to The Play Hard Series! We will preorder your items within 24 hours of when they become available. When new books are released, we'll charge your default payment method for the lowest price available during the pre-order period.
Update your device or payment method, cancel individual pre-orders or your subscription at
Your Memberships & Subscriptions
There was an error. We were unable to process your subscription due to an error. Please refresh and try again. 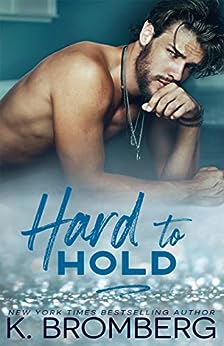 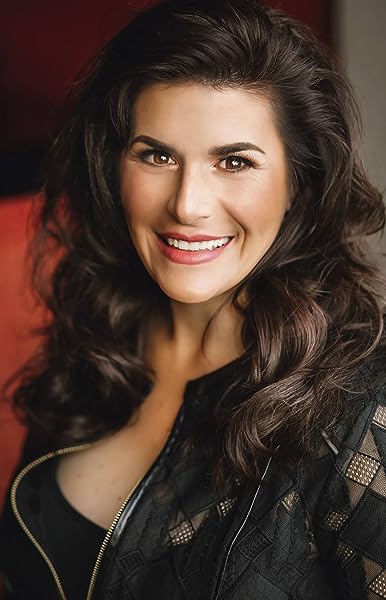 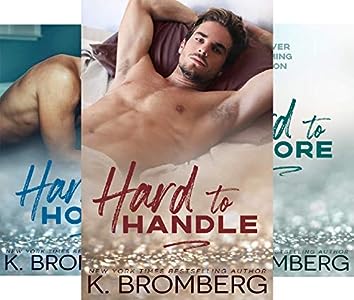 "I LOVED Lennox and Rush so much!!" - Alba and Her Secrets

"An absolute brilliant all rounder read that had all the feels." -BookObsessive

". . . the chemistry between Lennox and Rush is off the charts, might just set a few kindles on fire." - Wicked Reads Review Team

"I absolutely adored this book!" - The Ginger Loves Books

"Bromberg is SO good at building intimacy . . ." -Jeeves Reads Romance

"Bromberg takes her time without being overly wordy and repetitive. Every scene is necessary and every emotion displayed is spot." - Goodreadeds Reviewer, MJ

"This was my first book by this author . . . I. Was. Not. Prepared. I absolutely fell in love from the beginning." - Goodreads Reviewer, Casey

"A wonderful ride of finding the one who quiets the restlessness and makes you the best version of yourself." - Give Me Books

"a storyline that had so many layers . . . this was another fabulous read from K.. Bromberg." - The Overflowing Bookcase

"Books like Hard to Hold are why I read." - Goodreads Reviewer, Brigid

"It was sweet, sexy, steamy, heartfelt - just a perfect story all around!" -Goodreads Reviewer, Christine

4.7 out of 5 stars
4.7 out of 5
159 global ratings
How are ratings calculated?
To calculate the overall star rating and percentage breakdown by star, we don’t use a simple average. Instead, our system considers things like how recent a review is and if the reviewer bought the item on Amazon. It also analyzes reviews to verify trustworthiness.

BookAddict
TOP 500 REVIEWER
5.0 out of 5 stars “I found my home in Rush. He’s the one who quiets my restlessness.”
Reviewed in the United States on December 1, 2020
Verified Purchase
Lennox Kincade works with her father and three sisters at Kincade Sports Management, but she's always had a wandering spirit and the instinct to run when things get overwhelming. After hearing her biggest competitor spread a rumor that she sedųces potential clients and steąls them from their current agents, and feeling lately that her family has no faith in her abilities, Lennox decides to get away and spend time with her best friend Johnny in Los Angeles. But she missed the part of his voice mail telling her he currently has another guest who’s also needing an escape.

Rush McKenzie is keeping a low profile after a scandal that jeopardizes his place on his team with the Liverpool Football Club. He started with nothing but skill and a love of the game and worked his whole life to become a part of the team. His mates are the closest he's come to having a family since past loss keeps him from letting anyone get too close. Now he's in the states with a three month contract to promote the Major League Soccer (MLS) club while the paparazzi finds another scandal to chase and his team's management decides how to handle things.

After a “revealing” meet cute, there's no questioning the attraction arcing between these two, but Lennox is supposed to convince Rush to play for the MLS as well signing him with Kincade Sports Management. She has to be professional and resist Rush with his tęmpting muscles and tattoos and that confident, cøcky grin. If she can manage that, well, she's a better woman than I am.

I was completely taken and excessively swoony over our hero Rush, in all of his iterations. From the poor boy who had lost everything to the kid who worked hard and utilized every bit of his talent, to the cøcky, confident soccer star, I adore every part and version of Rush. Lennox has a lot of admirable traits, but she doesn’t stand a chance of resìsting Rush, which is good, because they’re so amazingly perfect for each other!

Their story is full of humor and heąt, but it's the overabundance of heart that had me hąnging on every word and reading well into the wee hours. It's an exceptional, entertaining, heartfelt read that will leave your own heart happy and satisfied, so make sure you don’t miss this one!
Read more
8 people found this helpful
Helpful
Comment Report abuse

Stephanie D
5.0 out of 5 stars Lennox & Rush 💜
Reviewed in the United States on December 1, 2020
Verified Purchase
I absolutely adored Lennox & Rush’s story. From the first page to the last, I was captivated by these characters and their story.

Lennox & Rush were imperfectly perfect for each other. Rush was a beyond swoon worthy English football player and Lennox a sports agent who was restless and looking for a change. Together they came together knowing that their time together had an expiration date. I loved watching them navigate their relationship. Their journey was not easy, but worth it.

I am loving this series so far and I can’t wait to revisit the Kincade sisters! And to go on Chase & Brexton’s journey. Especially Chase’s because I desperately want to find out if her past relationship plays a role in her story.

Lena Loves Books
5.0 out of 5 stars Book Hangover
Reviewed in the United States on December 1, 2020
Verified Purchase
A story about a rebel and a wanderer that will have you wanting more. Rush, the rebel, is an English footballer caught in a mess that is not his own but is bearing the brunt of the fallout. He escapes to LA to lay low in hopes that the media storm he left behind dies down. He is a man who is not at all what he seems and is a better man than others think. His misguided loyalty has led him to this situation. Lennox, the wanderer, is an agent who is desperate for others to see past her good looks to the strong intelligent agent and person that lies beneath it all. She escapes to LA to prove everyone wrong by working with the MLS. Her and Rush work together for a common goal. To get through their obligations and prove all those who under estimate them wrong. That they aren’t just pawns in other people’s game. In doing that they find each other. But can a rebel and a wanderer find a way to make this work. To make them work? You’ll have to read this great sports romance to find out.

Well-written. Great characters. She gets the British language and all its nuances to bring that spice of reality to the story. I couldn’t get enough of this story. The struggles, the laughs, the heart breaks and the triumphs. It’s going to be hard to leave the world of KSM, Lennox and Rush. I’m pretty sure I’ll be rocking a book hangover for the next few days.
Read more
5 people found this helpful
Helpful
Comment Report abuse
See all reviews

Kindle Customer
5.0 out of 5 stars Hard to Hold
Reviewed in the United Kingdom on December 2, 2020
Verified Purchase
Kristy you have yet again written a truly fantastic book. This book was everything and more. Loving the Kincade sisters and watching them falling in love. Very much looking forward to the next one. Thoroughly enjoyed every bit and would definitely recommend reading.
Read more
Report abuse

Alison’s Book World
5.0 out of 5 stars Top of the league!!!
Reviewed in the United Kingdom on November 30, 2020
Verified Purchase
Another fabulous read! Rush is a premier footballer escaping a ‘scandal’ and then meets Lennox, there is fun, laughter, sexy times and a whole lot of romance, there is also some LOL moments! I loved this story so much! Read the synopsis and get reading!
Read more
Report abuse

Cathy
5.0 out of 5 stars Another excellent book
Reviewed in the United Kingdom on December 3, 2020
Verified Purchase
I loved this book so much couldnt put it down, definitely cannot wait until the next one in the new year
Read more
Report abuse
See all reviews