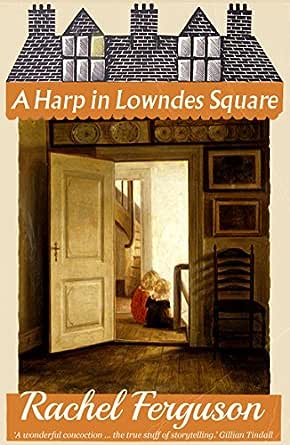 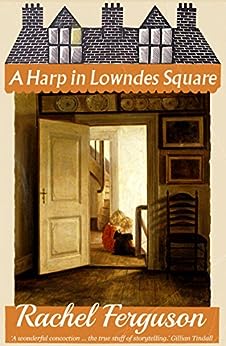 Rachel Ethelreda Ferguson (1892-1957) was born in Hampton Wick, the youngest of three children. She was educated at home and then sent to a finishing school in Florence, Italy. By the age of 16 she was a fierce campaigner for women’s rights and considered herself a suffragette. She went on to become a leading member of the Women’s Social and Political Union.

In 1911 she became a student at the Royal Academy of Dramatic Art. She began a career on the stage, which was cut short by the advent of World War I, whereupon Ferguson joined the Women’s Volunteer Reserve. She wrote for Punch, and was the drama critic for the Sunday Chronicle, writing under the name ‘Columbine’. In 1923 she published her first novel, False Goddesses, which was followed by eleven further novels including A Harp in Lowndes Square (1936), A Footman for the Peacock (1940) and Evenfield (1942), all three of which are now available as Furrowed Middlebrow books.

Rachel Ferguson died in Kensington, where she had lived most of her life.

3.6 out of 5 stars
3.6 out of 5
3 customer ratings
How does Amazon calculate star ratings?
Amazon calculates a product’s star ratings based on a machine learned model instead of a raw data average. The model takes into account factors including the age of a rating, whether the ratings are from verified purchasers, and factors that establish reviewer trustworthiness.
Top reviews

Rabh Marrach
5.0 out of 5 stars a fascinating psychological slice of family life
Reviewed in the United States on February 19, 2020
Verified Purchase
This book has a haunting appeal but it has a very specific reader. You will either get it, and love it, or hate it. Not for the casual reader who wants something quick and shallow.

If you loved Orson Welles The Magnificent Ambersons - you will love this book. It follows a family from the 1880's, through the flapper era and WWI, depicting the corrupting influence of the family matriarch upon the descendants. The narcissism we now recognize is subtle - controlling the food, the dress, the insults given, and all the machinations of one who is given power only through the fear of her relations.

The first person narration is from the viewpoint of the granddaughter, Vere, as she tries to understand how her grandmother controls her mother and her investigation into the mystery of her mother's childhood.

Part ghost story, part a historical commentary of the changing role of women, and part family drama, I actually found the writing (while at times confusing) to be biting, witty, and fascinating. It's a bit P.G. Wodehouse thrown in there too but more sarcastic.

In the last fourth of the book Vere's romance seems stuck into the plot here but seeing that the author had a passion for the theatre I guess that is why this happens (because it doesn't really move the overall plot forward).

Carl R Jerls
5.0 out of 5 stars To be continued!
Reviewed in the United States on December 2, 2016
I was not sure of the point of the storyline for the first quarter of the book. However,it is so well written that I was compelled to continue reading. I love reading a story so well told that one does not want it to end, nor one feels as though it really does end.
Read more
11 people found this helpful
Helpful
Comment Report abuse
See all reviews from the United States