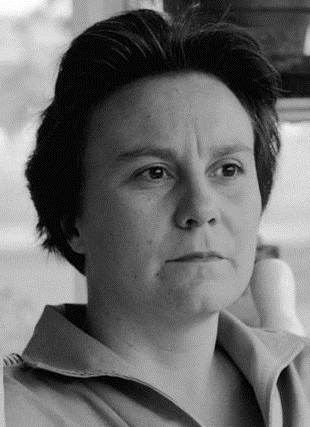 Harper Lee's To Kill a Mockingbird has been beloved by millions for over fifty years, and now following the release of her second book, Go Set a Watchman, the audiobook editions of both novels are beautifully packaged together in a limited edition slipcase, just in time for the holiday season.

To Kill a Mockingbird: Through the young eyes of Scout and Jem Finch, Harper Lee explores with rich humor and unswerving honesty the irrationality of adult attitudes toward race and class in the Deep South of the 1930s. The conscience of a town steeped in prejudice, violence, and hypocrisy is pricked by the stamina and quiet heroism of one man's struggle for justice--but the weight of history will only tolerate so much.

Go Set a Watchman: Taking place 20 years after the events of To Kill a Mockingbird, Go Set a Watchman looks at the characters of the world famous novel as they adjust to the turbulent political events of the mid-1950s in America. Jean-Louise Finch (known in her childhood as Scout) is making a visit back to Maycomb, Alabama where she confronts the ghosts of her own past. Moving, funny and compelling, Go Set a Watchman casts a fascinating light on the famous To Kill a Mockingbird, and stands as a magnificent novel in its own right.

Now, for the first time ever, these two magnificent audiobooks will be packaged together, becoming the perfect gift for Harper Lee's millions of fans.

Harper Lee was born in 1926 in Monroeville, Alabama. She is the author of the acclaimed To Kill a Mockingbird and Go Set a Watchman, which became a phenomenal #1 New York Times bestseller when it was published in July 2015. Ms. Lee received the Pulitzer Prize, the Presidential Medal of Freedom, and numerous other literary awards and honors. She died on February 19, 2016.

Start reading Harper Lee - The Collection on your Kindle in under a minute.

4.4 out of 5 stars
4.4 out of 5
372 global ratings
How are ratings calculated?
To calculate the overall star rating and percentage breakdown by star, we don’t use a simple average. Instead, our system considers things like how recent a review is and if the reviewer bought the item on Amazon. It also analyzes reviews to verify trustworthiness.

Chuck
5.0 out of 5 stars Mockingbird and Watchman are each excellent in their own way
Reviewed in the United States on June 7, 2019
Verified Purchase
Some of the best writing in Watchman are the flashbacks to the childhood of Scout and Jem. These must have showed the editor that Harper Lee had a wonderful voice for children and led to Mockingbird. I did not care much for the first portion of Watchman. But, I became intrigued when Scout began to discover Atticus’ darker side, resulting in her feeling like the world was tumbling down as she lost Atticus, boyfriend Hank, Calpernia, and her hometown. Harper Lee presented many ideas that I have been pondering including:

* The classes within Southern society—If Scout Finch did a social infraction, then that was just what Finches occasionally do. But if Hank Clinton did something similar, it was just more evidence that Clintons were trash. How would the community view Scout versus Hank if one took on leadership against white supremacy? What “infractions” do we all do until learning the ways of the culture they are born into?

* When does one’s conscience become firmly established and separate from one’s parents? This is a big theme of Watchman.

So, I consider To Kill A Mockingbird to be brilliant in being mostly well written with messages for youth and adults about many difficult subjects, including race, class, white supremacy, injustice, and rape. Watchman does not have the advantage of an editor requesting rewrites, but it presents some thought-provoking concepts covered in few books I have read about the South. Watchman also is a more realistic perspective of the world compared with Mockingbird’s filter through a child’s eyes.

William Jorth
1.0 out of 5 stars Restricted Format Version Not Stated at purchase
Reviewed in the United States on July 23, 2020
Verified Purchase
The description of this book was scant. I should have known that it was a suspect purchase because it was inexpensive. But still the description should have explained that the format has very limited modification options. It will not display until the entire download is completed, showing a pic icon while waiting. The text in the attached picture cannot be made larger or smaller, font cannot be changed, Line spacing cannot be altered. It is as if this is a fixed pdf version of someone else’s book. It is readable and all content is included.
Read more

Kindle Customer
5.0 out of 5 stars Harper Lee's Two Great Classics- To Kill a Mockingbird & Go Set a Watchman
Reviewed in the United States on September 15, 2015
Verified Purchase
Oh my word...there are not enough stars for either or both of these books. Harper Lee is a A#1 author. I had read "To Kill a Mockingbird" years ago; I'm so pleased I have read it again as a mature adult with the wisdom of much more understanding. Her second novel "Go Set a Watchman" is just as compelling & held me absolutely spellbound.

My parents were raised in the south, moved to the State of Washington during the depression. I was blessed to be raised "color blind" and I loved that statement describing "Scout." Children are born "color blind".. bigotry & racial hatred are taught. How sad.

Jessie's Book Blog
5.0 out of 5 stars Great Box Set
Reviewed in the United States on March 26, 2016
Verified Purchase
I bought this box set for my mom for her birthday and I ended up reading it. I liked Go Set A Watchman a lot more than To Kill a Mockingbird, mainly for the controversial plot that has a lot of people up in arms. It's very realistic to how the world is and I could relate to Scout in it. She actually went off to school and developed her own opinions, going against how she was raised, and that's how I could relate to her. Give the second book a chance and don't just go off of what critics are saying. Sure, it makes Atticus look like a bigot, but read the story and form your own opinion. You won't regret it.
Read more
11 people found this helpful
Helpful
Comment Report abuse

Literatelilly
5.0 out of 5 stars It's America's favorite novel
Reviewed in the United States on January 17, 2019
Verified Purchase
according to PBS's Great. American Read. Harper Lee deals with the racial unrest brewing at the end of the 1950s by having her protagonist Scout remember life in small-town Alabama during the early 1930s. Lee's novel is semi-autobiographical, her descriptions vivid, her characters more than believable and memorable, and her themes timeless. If you have already read the novel, it's time to revisit it, and if you've never read it, you are missing one of th greatest novels of the 20th century. Don't deny yourself the pleasure of the people, places and events of the "tired old town" of Maycomb, Alabama.
Read more
3 people found this helpful
Helpful
Comment Report abuse

Kati Elliott
2.0 out of 5 stars Missing CD Audio Version
Reviewed in the United States on September 3, 2016
Verified Purchase
The price is amazing for the set; however, I did not receive the audiobook CD version as promised in description. I'm a student, teacher, mother, and coach so if I can have a CD version of anything to listen to while I'm on-the-go (I'm always on-the-go) I'm going to opt for that option. The CD was the only reason I did not just buy the hardcover copies from Half Priced Books for half the price. Now, I'm waiting for a replacement copy-- hoping it contains what it says it will. Otherwise, I'll have to send TWO orders back, go buy my own copies and still not have the audiobook I was eager to receive.
Read more
6 people found this helpful
Helpful
Comment Report abuse

Gej
3.0 out of 5 stars Won't play on Echo....not because of the books
Reviewed in the United States on August 13, 2020
Verified Purchase
I am writing this review to let people know this will not play on the Echo because of audio rights. I purchased this book 3 different times thinking it was defective! I finally had to purchase the Audible version for Echo usage. I like the audio version at night to read many books my eyes would not be able to handle . I repurchased this book again today so I have a written copy . 3 stars are given because this info is NOT given....not because of the books themselves.
Read more
Helpful
Comment Report abuse
See all reviews

Elaine Almack
1.0 out of 5 stars Don’t buy this to read on kindle if you need glasses
Reviewed in the United Kingdom on August 3, 2020
Verified Purchase
I was really looking forward to reading this book but unfortunately, the print is minute. I’ve tried to alter the font size on my kindle but it doesn’t make a difference. I wear reading glasses but don’t need them when reading my kindle. I can’t even read the print with glasses on. Such a shame because it’s on my list of classics to read, I’ll just have to go down the traditional paper route.
Read more
Report abuse

peter t meredith
5.0 out of 5 stars The Mocking bird collection
Reviewed in the United Kingdom on March 24, 2016
Verified Purchase
She didn't need to write a follow up,it could never hope to be on the same magnificent level as'Mockingbird' however it's really a must read to find out whatever happened....these are classics and deserves full appreciation from all readers!!!!!
Read more
One person found this helpful
Report abuse

JG
1.0 out of 5 stars Formatting issues make this version unreadble on Kindle.
Reviewed in the United Kingdom on June 11, 2020
Verified Purchase
I was really disappointed as the formatting prevents you reading this version without eyestrain. Don't buy this - I had to return.
Read more
Report abuse

Page 1 of 1 Start overPage 1 of 1
This shopping feature will continue to load items when the Enter key is pressed. In order to navigate out of this carousel please use your heading shortcut key to navigate to the next or previous heading.
Back
Next
Pages with related products. See and discover other items: alabama birds