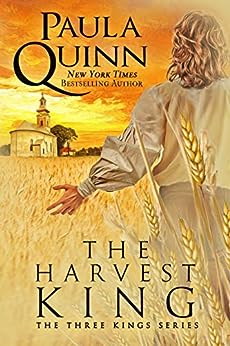 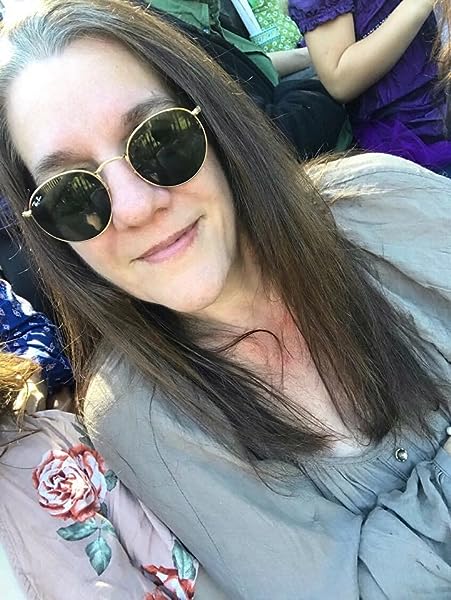 by Paula Quinn (Author) Format: Kindle Edition
Book 1 of 1: The Three Kings
See all formats and editions
Sorry, there was a problem loading this page. Try again.
Commander Caleb Desai, leader of the famed Warriors has three goals in life, to bring
God and rain back to the barren wasteland of Predaria, and to make the previous king’s
usurper and the man responsible for destroying his country pay. But when the new king
escapes his hands, Caleb is forced to take his daughter with him on his journey home
across the plains.
Dragging a pampered princess through the arid Plains of Predaria proves to be quite a
challenge, even for a man of Caleb’s patience. The woman doesn’t know of
the dangers on the plains, of the Catchers, the fires, the baking sun. She’s foolish and
spoiled, beautiful and innocent about God and His Son, and life without water. As she’s
exposed to the dying world her father left in his wake, she lets Caleb teach her how to
live.

Princess Willomenia Odarre thinks Caleb is a savage. But when he hands over all her
possessions for water to give the people of his village, she discovers he is so much more
than just a warrior. He’s a child of Yahweh, an expert trader, and a planter with noble
dreams of healing the land and bringing greenery and life back to Predaria. It isn't until
she gives him her heart and suffers the true terrors her father has inflicted upon his own
people, that Willow finds out Caleb is much more than he let on.
And she is more than she ever thought she could be. 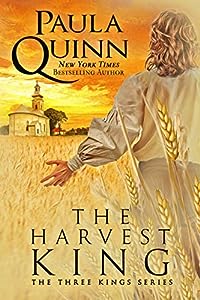 Paula Quinn is a New York Times and USA Today bestselling multi-published author of Scottish historical, paranormal, and fantasy romance. She is moved by music, beautiful words, and the sight of a really nice pen. She lives in New York with her three beautiful children, six over-protective chihuahuas, and a spoiled cockatiel. She loves to read romance and science fiction and has been writing since she was eleven. She's a faithful believer in God and thanks Him daily for all the blessings in her life. She loves all things medieval, but it is her love for Scotland that pulls at her heartstrings.

Her current work has been nominated for numerous Rone awards. To date, four of her books have garnered Starred reviews from Publishers Weekly. She has been nominated as Historical Storyteller of the Year by RT Book Reviews, and all the books in her MacGregor and Children of the Mist series have received Top Picks from RT Book Reviews. Her work has also been honored as Amazon's Best of the Year in Romance, and in 2008 she won the Gayle Wilson Award of Excellence for Historical Romance. Her faerie series has been nominated for the 2017 Rone Award and has won the Sceal Award of Excellence from Books and Benches, as well as taking 2nd place for the 2016 Best Series award from the Paranormal Romance Guild. To date, two of her dragon-shifter romances have garnered Crowned Heart reviews from Ind'tale Magazine and Top Picks from Night Owl Reviews and The Romance Reviews.

Visit the new Dragonblade storefront on Amazon and find more on some of your top favorite authors!

Sue-Ellen Welfonder
5.0 out of 5 stars Breathtakingly romantic!
Reviewed in the United States 🇺🇸 on April 3, 2021
Verified Purchase
With the release of The Harvest King, NYT’s bestselling author Paula Quinn proves yet again that she is a master of beautiful reads, able to touch souls and squeeze hearts regardless of the direction of her magic-infused pen. Prolific and versatile, she gives readers stories to love in genres, settings, and eras that range from medieval Scotland, modern-day England, enchanted realms, and more. The fictitious landscape of Predaria in The Harvest King is the sweeping backdrop, and heart, of her foray into Christian fantasy/sci-fi romance. Upon opening this book, readers will enter a world of passion, honor, and love as only this author can write. Everything readers love about Quinn romance awaits, from one of the most compelling heroes I’ve ever read, to a heroine who is not just tested, but takes you on a journey that wrings all the feels out of you. Sympathetic, courageous, and proud, she’ll have you cheering her on during a thrilling – and at times terrifying – adventure that leads to an incredibly glorious and triumphant ending. In fact, I’d dare anyone to read the end without their eyes leaking hot, joyous tears.

As always, Quinn’s secondary characters are equally three-dimensional and swoon-worthy. One character, Jonas, really stole my heart. He’s the hero’s friend and a champion warrior, and, well, I’ll just say he’s so hot oven mitts might be a good thing whenever he steps onto the page. Quinn’s villainous characters also feel real, just as the fantastical setting makes you believe you could find it on a map and perhaps visit someday. That’s not possible, but there is a wonderful colored map at the beginning of the book, depicting Predaria with all its enchantment and dangers, a bonus treat as you read along and venture deeper into its storied bounds.

To say I loved The Harvest King is an understatement. The book has something for everyone and is steeped in emotion, highly original, and bursting with adventure. Page-scorching passion also abounds. Quinn’s love scenes always sizzle and Caleb and Willow enjoy some wonderful ones. And while love is a powerful and shining thread throughout, there’s also darkness and soul-wrenching parts that will have you reading faster to see how the hero/heroine can ever get out of some of the things that befall them. I don’t give spoilers when reviewing, so I’m not going to detail –what- those dangers and scary times are. I’ll just say that their inclusion gives the story tremendous depth and heart and makes it a book you’ll finish with a great, satisfied sigh and the above-mentioned happy tears.

I’d also like to assure readers who may not generally read Christian romance, that The Harvest King is not heavy on religion and does not have a ‘preachy tone’ at all. Yes, Quinn’s faith is a shining thread throughout the story, but she weaves that element into the tale with such grace and skill that a reader of any persuasion (or none) can read and love this amazing book.

If you’re a Paula Quinn fan, you’ll definitely want to add The Harvest King to your keeper shelf. If you haven’t yet read a Quinn romance (something that would astound me), grab this book, read it, and see why she is so well-loved by legions of romance readers. She’s the high bar in the world of romance and this story may well be her very best yet.

Bottom line: Get cozy, dim the lights, slip away to Predaria, and prepare to fall in love.
Read more
4 people found this helpful
Helpful
Report abuse

Patricia S.
5.0 out of 5 stars What a beautiful love story of God's love.
Reviewed in the United States 🇺🇸 on May 16, 2021
Verified Purchase
Caleb's Father had been killed by the evil
Balthazar.
Caleb's Father was the true King.
Paula Quinn , what a beautiful
book you have written. Thank
you for sharing your gift of
writing with us.
Read more
3 people found this helpful
Helpful
Report abuse

sihs5
5.0 out of 5 stars Great read
Reviewed in the United States 🇺🇸 on June 16, 2021
Verified Purchase
Loved this...Great read, loved the characters and how God blesses us at every turn. Another tale w splendor. God is good.
Read more
3 people found this helpful
Helpful
Report abuse

Sharon Frizell
5.0 out of 5 stars Outstanding read
Reviewed in the United States 🇺🇸 on January 28, 2022
Oh wow . this is the first Christian historical romance i have read and i must say Paula has done an outstanding job on this book and i could not put it down,fabulous writing ,amazing characters and i wish we had more men like Caleb,well done Paula , this book has come at time in our lives that we need to get back to our roots and praise God for all he has given us , enjoyed this book so much and can't wait for the next one ,10 stars if i could give it.
Read more
One person found this helpful
Helpful
Report abuse

Kindle Customer
5.0 out of 5 stars What a book!
Reviewed in the United States 🇺🇸 on August 20, 2021
Honestly, this is the first Christian historical romance I have ever read. And Oh boy! I loved everything about this book. It was amazing! I cried, I laughed and sometimes even got mad at the heroine. I wished every man was like Caleb. He is the epitome of masculinity and blessed with a heart as pure as gold.
Read more
5 people found this helpful
Helpful
Report abuse

PJ
5.0 out of 5 stars More Please!!
Reviewed in the United States 🇺🇸 on September 3, 2021
Loved it, great concept! Wonderful story line that keeps you engaged until the end. Strong characters that are believable. Ms Quinn is so talented! Keep em coming.
Read more
One person found this helpful
Helpful
Report abuse

Ann Ferri
5.0 out of 5 stars Beautifully written story
Reviewed in the United States 🇺🇸 on May 30, 2021
This is a book that once you start reading it you can't put it down. It is beautifully written story that is full of excitement and romance. This is a wonderful read. I received a complimentary copy and was not required to write a review. All opinions expressed are my own.
Read more
One person found this helpful
Helpful
Report abuse
See all reviews
Report an issue
Does this item contain inappropriate content?
Report
Do you believe that this item violates a copyright?
Report
Does this item contain quality or formatting issues?
Report