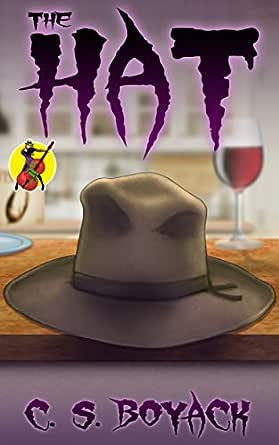 You've subscribed to The Hat! We will preorder your items within 24 hours of when they become available. When new books are released, we'll charge your default payment method for the lowest price available during the pre-order period.
Update your device or payment method, cancel individual pre-orders or your subscription at
Your Memberships & Subscriptions
There was an error. We were unable to process your subscription due to an error. Please refresh and try again. 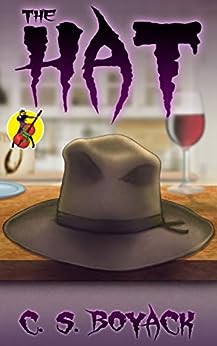 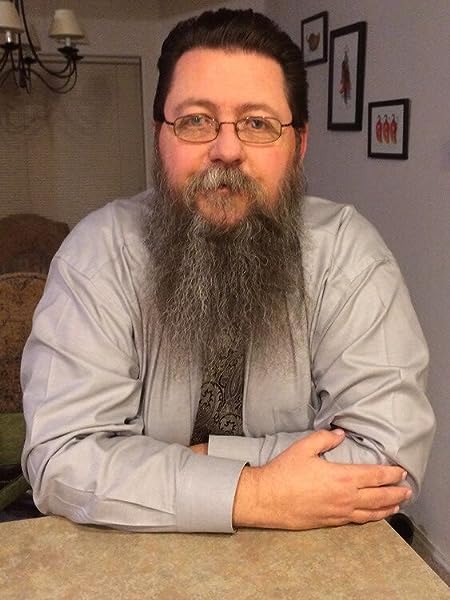 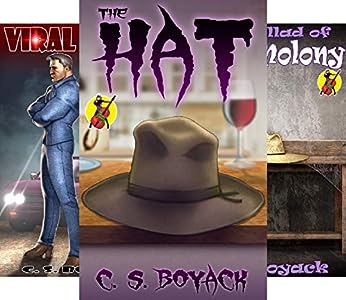 4.8 out of 5 stars
4.8 out of 5
51 global ratings
How are ratings calculated?
To calculate the overall star rating and percentage breakdown by star, we don’t use a simple average. Instead, our system considers things like how recent a review is and if the reviewer bought the item on Amazon. It also analyzes reviews to verify trustworthiness.

Charles E Yallowitz
4.0 out of 5 stars A Fun Romp in One Sitting
Reviewed in the United States on June 17, 2018
Verified Purchase
The Hat is a quick and fun read that involves a young woman with a magic hat, missing babies, music, and an anachronistic artifact trying to figure out the Internet. There is a good amount of humor and tension-fueled action, so it’s a hard book to put down. Length wise it’s definitely more novella than novel, which means perfect for a reader with very little extra time.

The driving force for me with this story is the interaction between Lizzie and The Hat itself. It reminds me a lot of Venom when he was the Lethal Protector, but with fewer teeth and no promises of brain eating. There are battles for control between the two since they’re practically thrown together and need to figure things out. The fast pace of the story gives the characters little time to play the doubt and hesitation game that you see a lot in superhero stories, which makes sense for a short work. Although, there are moments when it feels like Lizzie accepts things a bit too easily, but it’s hard to tell since she has moments of giddiness about the whole thing. Can’t say I’d be any different if I had a magical hat that allowed me to do things like play music or fight crime. So, there’s definitely a realism to them.

I really enjoyed discovering The Hat’s powers because you don’t really see such a thing as that powerful. It’s introduced as fairly basic as protective, which you can see by its first few actions. This begins to branch out throughout the story when they reach situations that it can help with. At first, I thought it would be rather deus ex machina, but it all makes sense. Nothing goes that far off the established base with The Hat. It can talk to Lizzie in her head? Then, it makes sense that it can mess with the mind of anyone else that touches it. I won’t say how, but The Hat really is cunning. By the end, I felt like I had a clear understanding of the workings of this artifact.

The only issue I had with the story is that its shortness worked against it in a few places. If it was spread out a little more then the urgency of the action wouldn’t crash into the more laid back comedy. Both of these were really well done, but there wasn’t much of a transition between the two points. There’s a point that starts with an urgency to give chase, but Lizzie and The Hat stopped to go shopping. I mean, it was important stuff that they were getting, but I was scratching my head about the sudden stop to the tension. It was explained why they weren’t in such a rush after the fact and the scene really opened up Lizzie’s personality. Yet, I kind of felt like this was an unfortunate stumbling of pace, which it did recover from. The grand finale was amazingly well done and the final chapter hit a perfect action/comedy combination.

I would recommend this story, especially for anyone who loves superheroes and paranormal tales, but lack the time to read a full novel.
Read more
Helpful
Report abuse

John W. Howell
VINE VOICE
5.0 out of 5 stars An Excellent Read You'll Be Sorry to See Finished
Reviewed in the United States on February 17, 2018
Verified Purchase
Craig Boyack is one of my favorite Speculative fiction writers. His work is usually ground-breaking and full of fun. The Hat is no exception. The story has as the main elements a talking hat and a chase to rescue kidnapped babies. Yeah, you read that right. Lizzie St Laurent has taken a personal mission to chase after a bunch of baby thieves and try to rescue the babies before they are distributed around the country. The only helpmate she has is an old hat she managed to pilfer from her grandmother's estate. Once Lizzie accepted the Hat as on her terms they became a team. I'll stop there because the rest of the story includes surprises which the reader will want to discover on their own. Let me just say the story is full of fun and lives up to the term Speculative. There are situation s and circumstances that only Craig Boyack could think up

The story is very well written, and the pace is such that the reader will be truly sorry to have it come to an end. I would recommend this book to anyone who likes a fast read with substance and humor.
Read more
2 people found this helpful
Helpful
Report abuse

Colleen M. Chesebro
5.0 out of 5 stars The Hat is one of those rare feel-good books that ends with the reader wanting more.
Reviewed in the United States on January 22, 2018
Verified Purchase
The Hat is a novella weighing in at 116 pages of pure fun and creativity written in the speculative fiction genre. Hang onto your - hat (sorry, I couldn't resist) it's about to get good!

Lizzie is having a rough time of it after losing her grandmother. Her uncle has control of her grandmother's estate leaving Lizzie out in the cold. In a last-ditch effort to own something that belonged to her grandmother, she snatches a box from her uncle's moving truck. Lizzie has no idea what is in the box, and when the hat reveals himself to her is when the real fireworks start.

As the title suggests, the protagonist is a magical hat who possesses the ability of speech. I got the sense that the hat is some sort of sentient being. I also found the hat to use a distinctively male voice who also had the ability to change into any form of head covering that Lizzie desired.

The characters are enchanting and the dialogue is full of humor as the hat and Lizzie work together to solve the disappearance of numerous babies missing from the local area. The fast-paced action left me breathless - in between bouts of laughter. Seldom do I find such engaging banter between characters. It was pure serendipity.

I loved the idea that the hat could play the bass through Lizzie's fingers as long as she wore him while playing. The musical aspects of the story were brilliant. In addition, the author added a few graphic comic book type images strategically placed which added to the visual elements of the story on my Kindle.

The Hat is one of those rare feel-good books that ends with the reader wanting more. I can only hope that the imagination of C. S. Boyack devises a few more capers for these two characters to solve. And, at only $.99 this novella was well worth the price for an afternoon's entertainment.

MacTrish
4.0 out of 5 stars Delightful read
Reviewed in the United Kingdom on March 24, 2020
Verified Purchase
Sometimes the thought of fitting a full-sized book into a hectic, cramped lifestyle can be daunting. I bought this on recommendation and moved it up my stash of books because it's not a full-size tome.
I was very pleasantly surprised. I've never read anything by this author before but he has a lovely wry wit that sparkles through the story and made me chuckle.
The story concerns a young woman who's down on her luck, and a hat that she 'acquires'. This hat is special. Apart from changing its appearance, it can do all sorts of other tricks that kept the story moving along to its satisfying conclusion. It's a fast-paced, funny tale that also has enough menace to keep you gripped. Well worth your investment in time and money!
Read more
Report abuse

Jan Hawke
5.0 out of 5 stars Page-turning juiciness
Reviewed in the United Kingdom on January 29, 2018
Verified Purchase
C.S. Boyack loves to speculate on the quirky, and so his Hat, firmly ensconced in contemporary metropolitan America, nonchalantly surpasses its wizarding counterpart in wisecracking, finger-clicking, jive-talking, street smarts. The novella-length content could have been frustrating for a died-in-the-wool epic fantasy geek like myself, but The Hat never crosses the thin threshold of page-turning juiciness, into a pot-boiling slog.
Both The Hat and our more conventional hero, Lizzie, are so naturally and dynamically realised as a binary star protagonist, meshing into a paranormal symbiosis of vigilante crime-busting/monster-hunting action that I can't wait for more of their adventures in future outings.
Go read! It has witches, ghouls and vampires, as well as newborn baby-stealers!
Read more
Report abuse

Harmony Kent
5.0 out of 5 stars A short, fun, and entertaining read!
Reviewed in the United Kingdom on January 15, 2018
Verified Purchase
FIVE STARS!

Lizzie St Laurent has a lot on her … erm … head! When she picked up the old box behind her uncle’s back, she got a lot more than she bargained for. The hat is reminiscent of J.K. Rowling’s talking hat, and as soon as Lizzie dons it, she finds herself transported elsewhere with a pop. What is this hat? Where did it come from? What does it want?

A wonderful thread of humour runs throughout this engaging and entertaining story. In particular, I love the odd graphic that appears here and there, which emphasises the narrative beautifully. In addition to the humour, you will find action and drama and suspense with several twists and turns.

All in all, this is a fun and feel-good quick read at just over a hundred pages. I recommend it highly.
Read more
One person found this helpful
Report abuse

Annecdotist
4.0 out of 5 stars A playful riff on the classic detective story
Reviewed in the United Kingdom on December 27, 2019
Verified Purchase
Lizzie wants a keepsake to remember her grandmother, but she doesn’t want a dusty old hat. Talking to her, and transporting her to a cabin that’s apparently been in the family for generations does nothing to change her mind. But when her boss’s day-old baby is taken from the hospital, the hat convinces her that together they can rescue the missing child. Before she can put her trust in him, however, he’s got to transform himself into a style more suited to her outfit and catch up with the digital revolution that’s taken place since he last left the box.
Read more
Report abuse

iremic
5.0 out of 5 stars Magic and guns
Reviewed in the United Kingdom on January 21, 2018
Verified Purchase
An excellent book with real moral issues, but light hearted enough to be funny and keep the reader interested. A young woman and a very old hat team up to save kidnapped babies and get rid of a few real monsters along the way
Read more
Report abuse
See all reviews
Back to top
Get to Know Us
Make Money with Us
Amazon Payment Products
Let Us Help You
EnglishChoose a language for shopping. United StatesChoose a country/region for shopping.
© 1996-2021, Amazon.com, Inc. or its affiliates