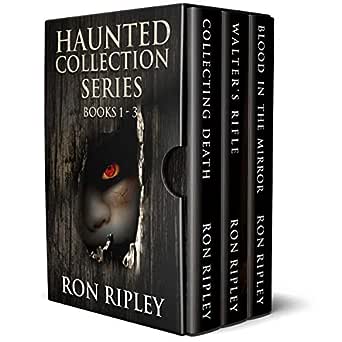 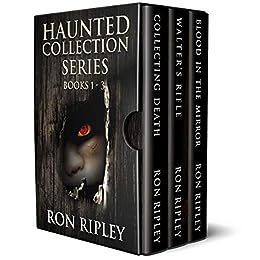 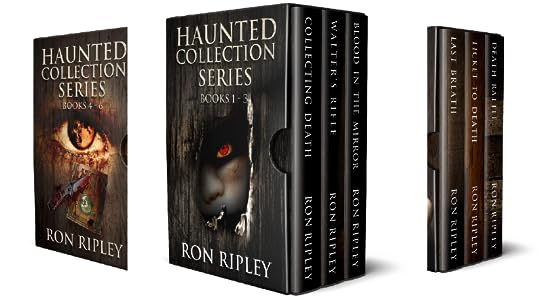 Danny Martin had been out of work for two days after one of the new kids on the ward had hit him below the belt. Two days of sitting in front of the television with nothing to watch. Forty-eight hours of listening to his girlfriend complain about the apartment. Two thousand, eight hundred and eighty minutes of thinking about how he was going to repay the kid.

Surprisingly, it came the first night he was back.

Danny was alone on the ward. Ella had needed a smoke break, and Janice had gone off to make a phone call since her kid was sick.

When he was sure the two of them were away, Danny had snuck to the hallway where the boy's room was. Outside of it he paused, listened, and when he was certain Tom was asleep, Danny used the nurse's passcode to let himself into the room.

Tom was asleep on the bed, curled into a fetal position. The boy shivered, and his discomfort brought a smile to Danny's face.

For almost a minute, he stood in the doorway, looking down at Tom, deciding what he would do next. He had imagined a wide range of punishments for the boy, but Danny decided simple was best and appropriate.

Danny took several short, quick steps forward, eyed the boy's sleeping form, clenched a fist and punched him as hard as he could.

Tom let out a squeal of shock and fear as the blow launched him out of bed and onto the floor. Before the boy could get to his feet, Danny strode around to Tom and drove the toe of his sneaker into the boy's soft stomach.

As Tom vomited onto the floor, Danny retreated from the room, accidentally knocking a book off the bedside table. He didn't bother to pick it up on his way to the door, locking the boy in the room once again.

A smile spread across Danny's face, his heart racing, and his blood pumping. He got back to the nurse's station before either Ella or Janice did.

She raised an eyebrow. "I thought you quit."

"I did," Danny replied. "Well, for the most part. I need one every now and again."

"You look flushed," she said, taking a Newport out of her purse and handing it to him along with a lighter. "You okay?"

"Fine," Danny said with a grin. "Never better. I'll be back in about ten, okay?"

Ella nodded and when Danny left he passed Janice in the hall, letting her know as well that he would be back shortly.

Instead of the elevator, Danny took the stairs down to the first floor, then he followed the back hallway to the rear of the building. When he stepped out, the crescent moon was high above him. Danny gave it a nod and a wink, feeling fantastic as he lit the cigarette and took a long, deep drag off it.

He felt bad for whoever would have to clean up the kid and the mess that had been made, but Tom had deserved it. Deserved worse, and Danny would have done more if he could have gotten away with it.

He chuckled and shook his head.

Maybe in a couple nights, I'll do it again, he thought. The idea of the boy not sleeping well, of being afraid of what might happen in the middle of the night made Danny grin.

A cool wind caused him to shiver, and he looked up at the cloudless sky. The weather hadn't forecasted anything out of the ordinary, and none of the trees moved with any detectable breeze.

But the air was cold.

Goosebumps had risen along his arms, and his hands shook from the cold.

Better go back in, he thought, flicking the cigarette butt in the direction of the dumpsters.

Danny turned around and came to a stop.

A man, hardly visible in the shadows, stood in front of the door, blocking Danny's entrance to the building.

Anger spiked in Danny, and he snapped, "Okay, get out of the way now."

The other man let out a laugh. "Oh, I don't think that will work with me, little one."

"Little one?" Danny asked in surprise. He easily had six inches on the other man, and while the stranger was stocky, Danny was as well. "Buddy, you need to get out of the way. No one's going to say a word to me if I decide I need to hurt you."

"Is that so?" the stranger asked politely.

"Yeah," Danny snapped. "Now get out of the damned way!"

"I'm not a small boy to strike in the middle of the night," the stranger said, his words catching Danny off guard.

"What the hell are you talking about?" Danny demanded, trying to keep the surprise out of his voice.

"You know what I'm talking about," the stranger said, taking a step forward.

Danny took a step back, the man's appearance odd. The stranger seemed superimposed on the world. As if he was a bad piece of computer graphics in an otherwise good movie.

"Where are you going?" the stranger asked, and Danny noticed that the man didn't walk but rather glided across the cracked concrete.

Danny stuttered, unable to form any coherent words. Fear crawled up from the bottom of his gut, bringing with it the bitter taste of bile into the back of his throat. His heart began to rattle against his chest, and he wondered if something hadn't happened to his brain.

The stranger's face slowly took definition, and it was a harsh, brutal visage that Danny's eyes locked on. Joy danced in the stranger's eyes; a joy Danny was sure would equal pain for him.

With a strangled gasp, Danny turned around to run. Yet he stumbled over his own feet, crashed down to the concrete, and smashed his knees into the unyielding substance.

A heartbeat later, the same bitter cold he had felt a short time before enveloped him. It squeezed and pulsated, pressed him down until his face was mashed against the concrete. Danny could hardly breathe as he heard the stranger's voice in his ear.

"Is this uncomfortable?" the man inquired.

Danny had no breath to spare for an answer.

The stranger chuckled. "I'm certain it is. You know, there was a man, by the name of Giles Corey. An impressive man, by all accounts. A headstrong New Englander. One who refused to say anything other than 'More weight!' Ah, there was a man to emulate."

Danny gasped for breath, and suddenly the pressure lessened, and he could breathe. Some unseen force still kept him pinned to the ground, but he could at least inhale without pain.

"I doubt," the stranger said once more into Danny's ear, "that you'll have the courage of Master Corey. However, I do plan on giving you an opportunity to emulate his stoicism."

"I'm going to squeeze you to death," the stranger said with a disappointed sigh.

"But why?" Danny whimpered.

"Because you hurt the boy," the stranger said, his voice cold and hard. "I'm starting to like him. He's a dangerous little thing and bound to get worse. And, as an aside, he is my sure and definite way back into the world."

Danny wanted to ask the stranger what he meant and beg to be let up.

But there was no chance, for as soon as the man finished speaking, Danny was pushed once more against the concrete. The last sounds he heard was the man's voice rising in song, the words lost beneath the cracking of Danny's ribs.

Ron Ripley is a husband and father surviving in New England, a place which seems to be getting colder every day. He grew up across from a disturbingly large cemetery where he managed to scare himself every night before going to bed. Mostly because of the red lights that people put in front of the headstones. Those things are just plain creepy to a kid. Ron enjoys writing horror, military history and driving through the small towns of New England with his family, collecting books and giving impromptu lectures on military history to his family, who enjoy ignoring him during those dreadful times. --This text refers to the paperback edition.