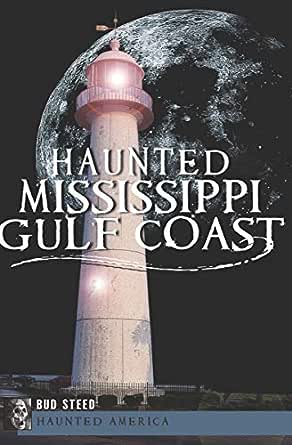 You've subscribed to Haunted America! We will preorder your items within 24 hours of when they become available. When new books are released, we'll charge your default payment method for the lowest price available during the pre-order period.
Update your device or payment method, cancel individual pre-orders or your subscription at
Your Memberships & Subscriptions
There was an error. We were unable to process your subscription due to an error. Please refresh and try again. 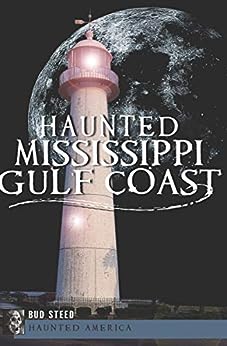 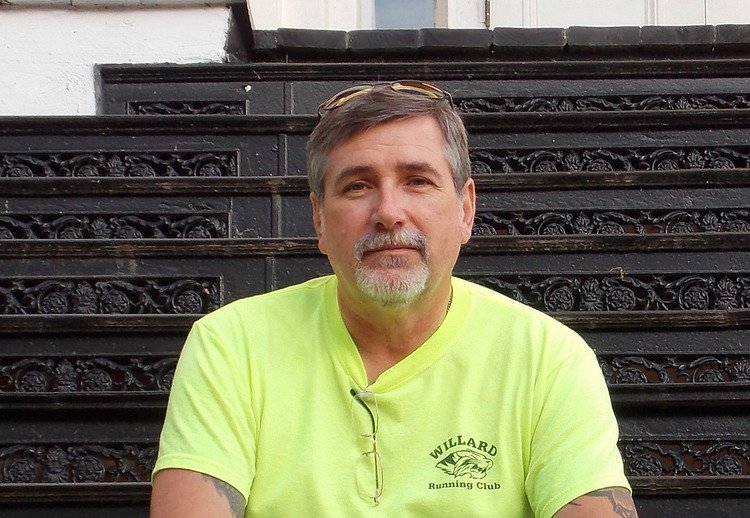 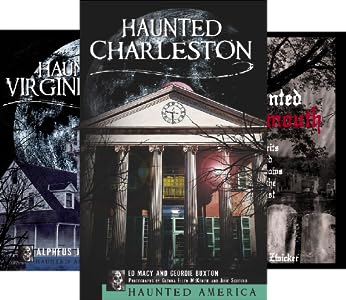 "Steed delves into some of the old legends familiar to long-time Coast residents, but also includes lesser-known or nearly forgotten ghost stories as well as some that spring from modern tragedies that might be labeled as new ghosts." --Kat Bergeron, The Sun-Herald --This text refers to an alternate kindle_edition edition.

A published writer and accomplished photographer, Bud Steed, author
of Haunted Natchez Trace, Haunted Mississippi Gulf Coast, Haunted Baton
Rouge and Ozarks Ghosts and Hauntings (the first book in a new series titled America's Ghosts), devotes his time to writing, paranormal investigations and historical
research into potentially haunted sites.
Currently the investigation manager for The Ozarks Paranormal Society
(TOPS), based in southwest Missouri, Bud assisted TOPS with the investigation
of the Wilson's Creek National Battlefield and the historic Ray House. The
investigation was filmed by the Travel Channel for its series Legends of the Ozarks
and produced startling evidence of hauntings at Wilson's Creek.
Bud has spent much of his time traveling, including living in Germany
and France, as well as touring most of Europe while in the army. He has also
lived in nine different states since leaving his home in Ohio in 1979. Bud
currently lives near Springfield, Missouri, with his wife, Jennifer, and their
four children: David, Sean, Ciara Jo and Kerra.
Bud is available for events, book signings and speaking engagements and
can be contacted at bud@budsteed.com. --This text refers to an alternate kindle_edition edition.

I lived along the Mississippi Gulf Coast for a number of years and it still today is the favorite "getaway" spot and eventual retirement area for my family. The coast has a long history and was once the vacation spot for the elite of New Orleans and the wealthy planters from the outlying areas. Today it is the vacation spot for many families with beautiful beaches, emerald waters and numerous casinos scattered along the coastline and back bay; it has everything from history to big name entertainment to offer.
It also has numerous ghosts and legends of hauntings for those curious enough to explore the paranormal side of the gulf coast. From protective spirits who reside in the Old Biloxi Cemetery to pirate ghosts along the shorelines, there are no shortage of spirits for those who wish to seek them out.
I enjoyed researching and writing about the history and hauntings of the Mississippi Gulf Coast and hope that you are truly entertained by this book; if you should see me prowling the back streets and cemeteries of the coast, be sure and stop to say hello and let me know what you think about my books. --This text refers to an alternate kindle_edition edition.
Read more

Ddsurrn
5.0 out of 5 stars Love it!
Reviewed in the United States on May 4, 2017
Verified Purchase
Love it!!!!
Read more
Helpful
Comment Report abuse

Billy White
4.0 out of 5 stars Great book
Reviewed in the United States on May 25, 2014
Verified Purchase
Nice read, very interesting history of the Gulf Coast area. I would recommend this book to anyone, especially fellow Mississippians.
Read more
One person found this helpful
Helpful
Comment Report abuse

Nicolette82r
4.0 out of 5 stars Intriguing Legend and Lore for the Mississippi Gulf Coast
Reviewed in the United States on August 9, 2015
I purchased this book while moving to the Gulf Coast area. Plus, I absolutely love these types of books, the snippets of history along with stories of days gone by coupled with lingering spirits makes this a fun read. Having already read a similar book for New Orleans, I wanted to learn more about the legends and ghostly lore of my new home. This books covers many areas of southern Mississippi, from Pascagoula to Waveland, and even the Barrier Islands.

Here are some of my favorite stories:

~ Introduction: always a must read for the Haunted America series. These pages offer the read a brief history of the area where many of these supernatural going-ons have occurred.

~ Waveland: The Pirate House - a local meeting place for early coastal pirates. Destroyed by Hurricane Camille, the lot where the dwelling once stood is said to have sighting of long-ago buccaneers still coming to these sandy shores.

~ Bay St. Louis: Cedar Rest Cemetery - strange orb-lights are said to roam between the headstones at night and a very real specter with heavy sideburns has been sighted wondering around the graves.

~ Pass Christian: Pass Packing Plant - a phantom shrimp picker is said to return to work from time to time. The Richelieu Apartments - a hurricane party with a tragic end.

~ Long Beach: The Model T: a tragic tale of a well-to-do young man's drive up and down the beach coast the rubbed certain working class people the wrong way.

~ Gulfport: Grasslawn - a classic antebellum home that has been rebuilt from devastating weather and it's tale with sightings of an early 20th century man, strolling the grounds persisting today.

~ Biloxi: The Lighthouse - a famously photographed sight and one man's tragic last view of the gulf. Many people over the years have reported seeing hise shadow , hanging from the top rails. Beavoir - Jefferson Davis's last home: many say to have seen him, reading under a tree on the grounds.

~ Ocean Springs: The East Beach - a ghostly runner, who still trails her route. No one knows who she is, only that she is very polite.

~ Gautier: The Old Place - a home built in 1867, the spirits of a man and woman are seen to be strolling the grounds arm-in-arm.

~ Pascagoula: Longfellow House, a ghostly haunt that has remained a private residence since its early days with many an interesting and cruel owner through out the years.

~ The Barrier Islands: Caprice Island - a 3 1/2 mile by 400 yards wide span of land in the gulf, that has a habit of vanishing and reappearing every few years. It was used during Prohibition for parties and beach cabanas. A 1930's hurricane wiped out the rebel-rousers, leaving the echos of their good times to the winds.

Whether you live on the Gulf coast or are just visiting, this book has many great stories and all are very well told. Highly recommend to anyone and everyone!

Thomas Troxel
5.0 out of 5 stars Real southern fried chills!!!
Reviewed in the United States on August 29, 2018
Was glad to find this book, in the late 60s I was stationed at Kessler AFB in Biloxi, our barracks didn't AC so some nights would go into the Old Biloxi Cemetery and sleep on a bench to catch the cool gulf breeze, mostly was peaceful, had a few strange moments, though and my wandering around at night might have caused a few ghost stories, I really enjoyed the book even if I wasn't in it, ha-ha
Read more
2 people found this helpful
Helpful
Comment Report abuse
See all reviews from the United States