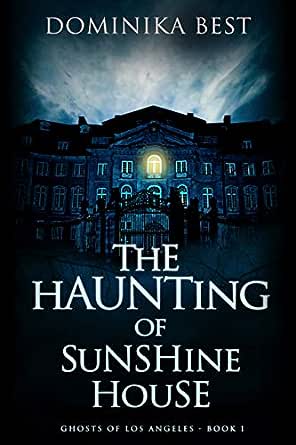 You've subscribed to Ghosts of Los Angeles! We will preorder your items within 24 hours of when they become available. When new books are released, we'll charge your default payment method for the lowest price available during the pre-order period.
Update your device or payment method, cancel individual pre-orders or your subscription at
Your Memberships & Subscriptions
There was an error. We were unable to process your subscription due to an error. Please refresh and try again. 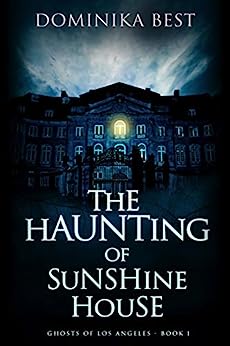 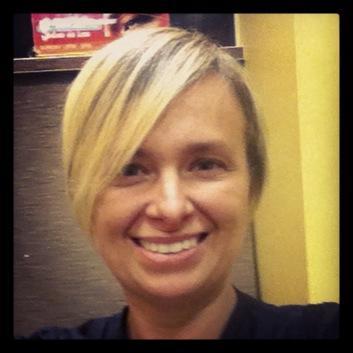 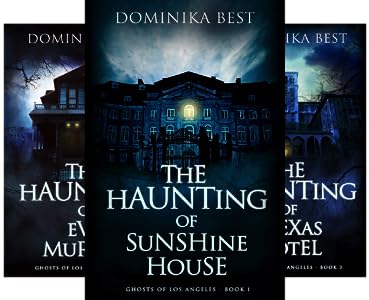 Annecat66
5.0 out of 5 stars A creepy, compulsively readable LA ghost story
Reviewed in the United States on September 16, 2020
Verified Purchase
A ghost story/murder mystery set in assisted living facility? It's about time! As a long-term care nurse who has worked night shift for years, I know how haunted those buildings can be, and I couldn't resist "The Haunting of Sunshine House." This multi-layered, atmospheric novel more than satisfied my expectations. A series of untimely deaths among the elderly residents of the Bockerman Hotel is interwoven with a grim and chilling historical narrative to create a complex and intriguing storyline. Sara Caine is the paranormal investigator who is assigned the creepy task of hunting the ghosts of the Bockerman, which was originally a glamorous hotel that catered to Hollywood's stars. Eva Murphy is the LAPD homicide detective investigating the mysterious murder, which has an eerie connection to the war crimes of World War II.

Sara Caine and Detective Eva Murphy are both fascinating characters, and their interactions with the ghosts of the Sunshine House make this novel an addictive and scary read. This is Book 1 in a series called The Ghosts of Los Angeles featuring Sara and Eva, and I will definitely be reading all three of these novels.
Read more
8 people found this helpful
Helpful
Comment Report abuse

Sharon
5.0 out of 5 stars loved it
Reviewed in the United States on October 2, 2020
Verified Purchase
This is my first time reading this author, the cover pic caught my eye and the blurb sold me on the book. The plot is different than the usual and that makes for a unique and interesting read. I loved this book, the author has a wonderful writing style.

I received a free copy of this book via Booksprout and am voluntarily leaving a review.
Read more
5 people found this helpful
Helpful
Comment Report abuse

JWalch
5.0 out of 5 stars A must read with Halloween right around the corner
Reviewed in the United States on October 15, 2020
Verified Purchase
With Halloween right around the corner I decided a ghoulish read was in order, so I downloaded The Haunting of Sunshine House (Ghosts of Los Angeles, Book One). not being familiar with Dominika Best, I didn’t  quite know what to expect as I started reading this first book in the series.

Sunshine House, an assisted living residence, was once, in a previous life, the Bockerman Hotel of Hollywood where many famous actors had once lived and died. Some died by foul play, and their ghosts still roamed the rooms and corridors of The Sunshine House. The Haunting of Sunshine House is more than just a ghost story, it’s a story about a very human serial killer, if you can call a monstrous serial killer human. The Haunting of Sunshine House weaves the supernatural and the natural together in such a way that it keeps the reader turning the pages to find out what is going to happen next. As the end of the third act draw near and the actual killer is revealed, it seems obvious how the story will end, but the way it ends will leave you scratching your head, saying, “Wow! I never saw that coming.” This is the one book that very reader must read this Halloween!!
Read more
Helpful
Comment Report abuse

Newf Mom
5.0 out of 5 stars I love ghost stories
Reviewed in the United States on March 23, 2020
Verified Purchase
Someone is haunting the assisted living home. People are dying little more than usual. The people there are scared. Barney invites Sara and some others in to help. Is it Lou the nurse? Good story cant wait to read more in this series
Read more
2 people found this helpful
Helpful
Comment Report abuse

GiGi
5.0 out of 5 stars I loved reading this book, it kept you wanting to read it and not
Reviewed in the United States on October 11, 2020
Verified Purchase
Stop, it really kept you guessing rather ghosts were real or not, recommended reading if you like a good mystery
Read more
Helpful
Comment Report abuse

Stacey's Books
5.0 out of 5 stars Sunshine house haunting
Reviewed in the United States on August 28, 2020
The Sunshine house is now a assisted living home for the elderly but it used to be a famous restaurant, Bockerman, frequented by Marilyn Monroe, Joe Dimaggio, Fred Mertz and D.W. Griffith to name a few. Barney, a retired sound engineer, lives there. He's sitting at breakfast with friends thinking about the buildings history and contemplating the increase of deaths at the home. Barney's love of his life, Babs is late as usual and he expects her to be dawdling but when he goes to check on her he finds her dead. Barney is going to find out what is going and he asks around about what people have seen. It is rumored that the building is haunted but some people don't believe it. Barney's loudest objector is Lou, a nurse who lives there with her father, Dads. Barney talks to a friend and arranges for Frederick and his ghost investigation group including Sara Caine to come check out the haunting claims. Sara was in a deadly accident with her parents and has seen ghosts ever since. Sara has to figure out why people are dying in the home before more lives are lost. Great book, look forward to reading more.

I received a free copy of this book via Booksprout. and am voluntarily leaving a review.
Read more
3 people found this helpful
Helpful
Comment Report abuse

Jeanne Richardson
5.0 out of 5 stars Great Book
Reviewed in the United States on September 15, 2020
This is the 1st book I've read written by Dominika Best; she has done a great job at writing a good book; I can’t wait to read more of her books.

I received a free copy of this book via booksprout and I’m voluntarily leaving a review.
Read more
3 people found this helpful
Helpful
Comment Report abuse
See all reviews