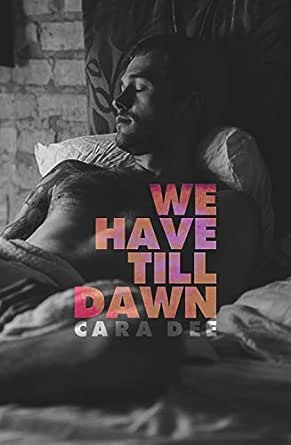 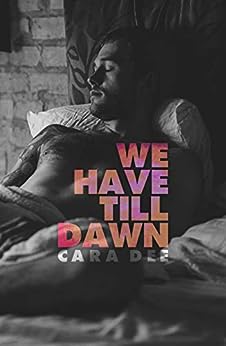 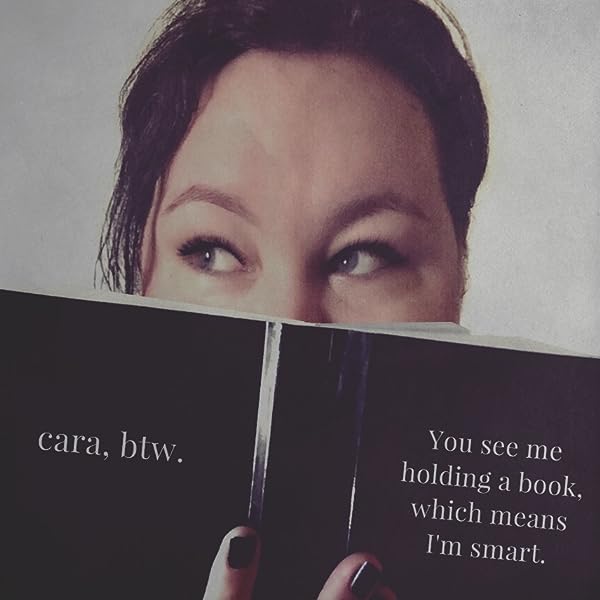 We Have Till Dawn Kindle Edition

4.7 out of 5 stars
4.7 out of 5
69 global ratings
How are ratings calculated?
To calculate the overall star rating and percentage breakdown by star, we don’t use a simple average. Instead, our system considers things like how recent a review is and if the reviewer bought the item on Amazon. It also analyzes reviews to verify trustworthiness.
Top reviews

DTM
5.0 out of 5 stars I am in love with this story! 5++++ Stars!!
Reviewed in the United States on November 19, 2020
Verified Purchase
I FREAKIN' LOVED IT!! A beautifully written romance about love, acceptance and growth, I grabbed this book because the blurb totally sucked me in (READ THE BLURB ), and I was a goner from word one. Like nothing I have read in quite some time, it is an emotional, sweet, sexy and SMOKING HOT read! Jaw dropping WHOA! The dialogue, character development and dirty talk LOL, is TOP NOTCH!! Gideon, 44 has Asperger’s and dare I say he is “shy”, sweet and alone and trying to figure out if there is more out there for him in his life. Nicky, about 10 years younger, is an easy going, incredibly caring person with a not so stellar relationship history. He is surrounded by a wonderful family and friends and works hard towards his steadfast plan for his future. They are complete opposites and together they embark on the road to discovery in the most wonderful way! They are both fabulous characters, and I fell completely in love with them and their story!
Read more
3 people found this helpful
Helpful
Comment Report abuse

T1000
5.0 out of 5 stars Another Gem that needs Sequels/Spinoffs
Reviewed in the United States on November 19, 2020
Verified Purchase
Ms. Dee never disappoints with creating characters that you want to follow with 3 or 10 books. Again, lots of humor, smokin’ hawt scenes and realistic mental health portrayal. Looking forward to other stories from this family!
Read more
2 people found this helpful
Helpful
Comment Report abuse

autumn
5.0 out of 5 stars Loved it!
Reviewed in the United States on November 19, 2020
Verified Purchase
I wasn't holding out much hope that this book would be better then the last few releases by Cara. But she was able to surprise me. This book is filled with everything that I love. The plot was good and easy to follow. The characters were well developed. And the entire story line was filled with a good story to get lost in.

Kim Stone
5.0 out of 5 stars A beautiful story
Reviewed in the United States on November 23, 2020
Verified Purchase
Another awesome story from this author. This is a mm contemporary story set in the USA. Main characters are Nicky and Gideon. Told from Nicky’s POV. He is a retired sex worker who is called out of retirement for one last job. This job is for Gideon a man with autism and a last fling before his marriage to a women. For the two month job they fall in love and decided to work out a life together. A beautiful story.
Read more
Helpful
Comment Report abuse

Porsha Johnson
5.0 out of 5 stars The 🔥 that was spread throughout this book!!!
Reviewed in the United States on November 22, 2020
Verified Purchase
I mean wow wow wow!!! I love how out of the box this book was. And I can't wait to read more about Gideon and Nicky. The author always amazes me how she can be so fluid. Reading a love story with main character has autism and not shy away from it. Just wow. It was a sexy and actual knowledgeable read.
Read more
Helpful
Comment Report abuse

Lisa L Teetz
5.0 out of 5 stars Absolutely Fabulous Book!!!
Reviewed in the United States on November 14, 2020
Oh I fell in love so much with this story. This book has so many layers. It starts with the arrangement, and as expected it is smoking hot. But Nicky, who I loved immediately, is just not one to keep quiet and he sees something in Gideon right away and slowly starts to peel back the layers. What follows is such a wonderful story of love and acceptance. Gideon is autistic and struggles with certain aspects of life, especially when things do not go as he had planned. Nicky is amazing at being attuned to his needs, helping him feel centered and grounded, and just loving him for the wonderful man he is. They start to spend more time together, they start to understand each other more, and they start to fall in love. This book made me feel so much...I smiled, I laughed, I blushed at the down right sexiest role play scene I think I've ever read, and it just made my heart happy. It also has one of the best epilogues...checking in on the guys hours, weeks, months, and years later. Gah, just such a great book all the way around!
Read more
6 people found this helpful
Helpful
Comment Report abuse

Voracious Book Addict
VINE VOICE
5.0 out of 5 stars 5 star neuro diverse MM Romance!
Reviewed in the United States on November 20, 2020
I am all up in my feels over We Have Till Dawn by Cara Dee. I love a story where one of the main characters has a disability and in this book Gideon is on the Autism Spectrum and self identifies as Asperger's. Cara Dee did an amazing job incorporating features of the diagnosis into the story and addressing the spectrum as a whole in an informative and appropriate way. What I love most, was that Gideon wasn't hindered by his diagnosis. No one in the book told him he couldn't do what he wanted to do. He was not defined by his diagnosis and he still experienced a wide range of emotions and fantasies that he got to act out.

Nicky was the sweetest retired sex worker ever. I mean seriously, this guy is just good hearted. He cares about people, and wants to make the lives of those around him better. I can't imagine how everyone around him doesn't adore him all the time.

For someone who has had his fair share of sex, I loved how Gideon gave Nicky the right brand of kink. There is no doubt about it Gideon is kinky and creative, and brave enough to explore his sexuality with Nicky. This book 100% supports my adoration of Cara Dee. She writes a book that is thoughtful, caring, romantic, creative, sexy and more than a bit kinky. This story was all around incredible, and I can't recommend it enough.

I received an ARC of this book and voluntarily give my review.
Read more
2 people found this helpful
Helpful
Comment Report abuse

True 🌈 Loveislovereview
5.0 out of 5 stars Extraordinary story Highly recommended
Reviewed in the United States on November 19, 2020
Oh, my freaking goodness this story is everything!!
I’m not sure where to begin and where to end, it was everything.

Nick is a retired sex worker and accepted a job again because it’s special and it pays exorbitant.

He has an apartment to move in and will be available from ten PM and six AM on Tuesdays, Wednesdays, Thursdays, and Saturdays... blinded, curtains closed, for a man named Gideon. This for the next two months. Gideon is older, autistic, and wants to explore his sexuality. Gideon has planned his life, he will marry a wife and get children. But first, two months with Nick. Only Gideon is more than Nick ever expected, he’s hypersexual, an exhibitionist, and kind and special. Nick is head over heels.

Nick is special too, he runs a music academy together with his brother. Nick is romantic, a caregiver, with hopes for something special with someone special.

We can follow them, their arousing sexual encounters, their conversations, their struggles, and how they grow closer.

An extremely lovable story, with love, romance, music, food, family, and thank goodness making the right choices!
It was hot AF, sweet AF, and emotional AF.
Written in the best way, I never expected anything else from this author.
The epilogue gosh that was swooning. The best I could think of, it had precisely everything I wanted for a book to end. So incredibly satisfying. The best! The very, very best!