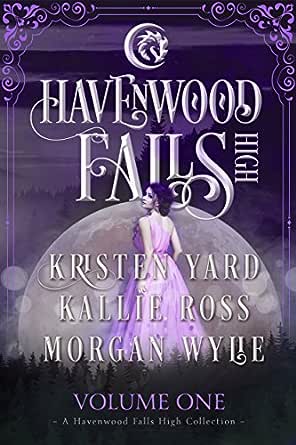 You've subscribed to Havenwood Falls High Collections! We will preorder your items within 24 hours of when they become available. When new books are released, we'll charge your default payment method for the lowest price available during the pre-order period.
Update your device or payment method, cancel individual pre-orders or your subscription at
Your Memberships & Subscriptions
There was an error. We were unable to process your subscription due to an error. Please refresh and try again. 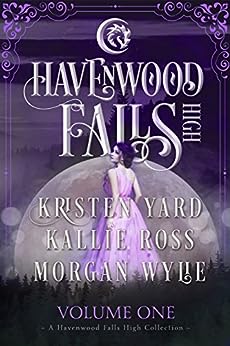 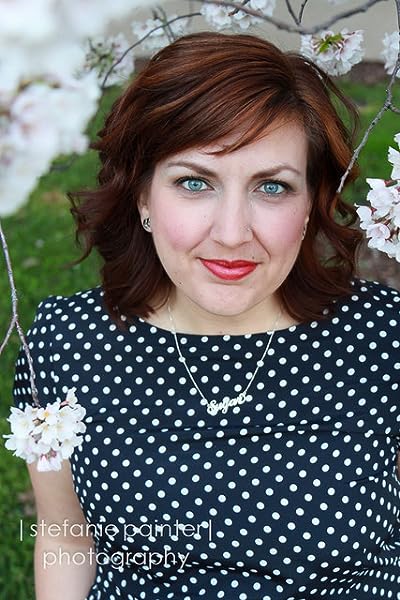 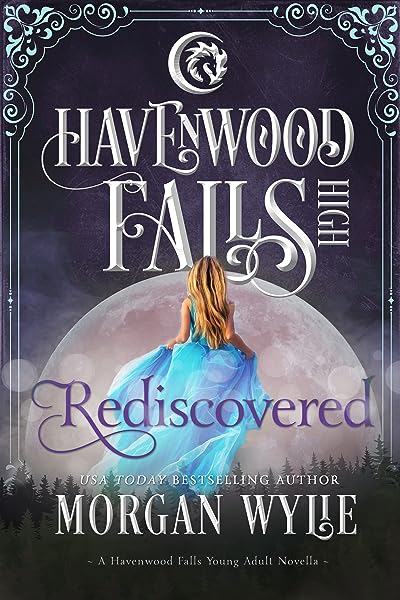 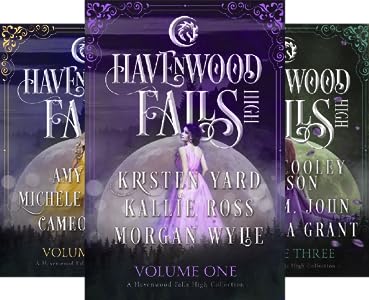 M. Fritz
5.0 out of 5 stars Addicting Series!
Reviewed in the United States on April 1, 2018
Verified Purchase
Written in the Stars:
Loved this so hard!! I absolutely loved that it's content was suitable for young teens!!! You've gotta love each character and I'm so excited to read more about them all ♡♡♡ I've never read anything by Kallie Ross before, but I've most certainly fallen in love with her writing style! The way in which she uses her words is magical and most definitely memorable!! This world promises to be addicting ♡♡♡♡

The Fall:
Very interesting! Just when you think you've read about all of the supes residing within Havenwood Falls, along comes another story with intriguing and dynamic characters. This author wrote a very creative addition to the series that leaves you wishing for more! There is just something about old family secrets and lore that keeps you turning those pages! There was brief language but otherwise suitable for teens to dive into.

Reawakened:
This was one fun book! What an exciting addition to the series ♡ This is the first I've read from Ms. Wylie. She created an extraordinary plot with unforgettable characters! I loved how she fleshed out her characters and gave such rich details to the scenes. Macey is struggling with her place in the world while her boyfriend is holding onto her with all of his heart, soul and magical abilities! He's rather dreamy ♡ I loved the concluding chapters and the epilogue was just perfect! I cannot wait to read more from this talented author ♡♡♡
Read more
Helpful
Comment Report abuse

The Fall is a Novella by Kristen Yard. I have to admit that I wasn't sure about several authors writing with a cohesive vision of a complex and diverse setting like this series, but I'm blown away with each installment. Each novella is stand alone and builds one every other story and characters. With each novella, I can't wait to read more and find out more of the hidden secrets that are so a part of this world. This Novella shines the light on Serena on the cusp of her 18th birthday and her troubling dreams of water, drowning and a very creepy mysterious stranger. Serena lives with her Aunt Odette and twin sisters and they take care of her very ill mother. Along with her best friends Logan and Nikki, the plan was to graduate and study abroad. But do things ever go according to plan? Not in Havenwood Falls they don't. Nikki has a new boyfriend and is acting really strange, Logan is starting to look at Serena as more than a friend and Aunt Odette has just derailed her college plans. Oh and did I mention Serena finds out she's a Siren???? Well there are a whole lot of other surprises in this installment so this is definitely one not to miss!!!!

Reawakened is a Novella by Morgan Wylie. This installment shares the story of Macy Blackstone, witch hunter and her totally unprepared introduction to her new role. Attacking a loved one, running away from your family and friends and, oh, right, throw in some long lost relatives with questionable motives and you have a hit!!!
Read more
Helpful
Comment Report abuse

Kj Victorine
4.0 out of 5 stars Solely
Reviewed in the United States on January 24, 2018
I only read Reawakened in this set, which is solely why my rating is above a 3 as it’s not fair to give the others a bad rating when I have not read them yet....they sound exciting! I was really excited about this book reawakened when I read the description. Unfortunately it didn’t live up to my expectations. It was hard to get into, sagged in the middle, and lacked depth and excitement. The only saving grace was the somewhat connection between Macy and her boyfriend, but the story left me guessing about lots of things. There were not a lot of questions answer about the story or pieces of the characters. Also, I kept hoping something exciting would happen, you would almost get there and then be let down. Ok story but lacking.
Read more
Helpful
Comment Report abuse

Cliente de Amazon
4.0 out of 5 stars Getting to know this world
Reviewed in the United States on January 24, 2018
I've been reading this new series as part of the review crew and I'm loving the way they are introducing new supernatural races. From this bundle I've only read Reawakened and you get to know a bit about witch hunters, although I would have liked this author to explain them a bit better their history (you can tell she wants you to read more about this story in a sequel). The plot was a bit lose for my liking and the ending was cut short. I found a bit hard to like the main character Macy because she kept changing her mind all the time (teenager thing I guess). But I've been loving many of the books in this series so I would probably give it a try to see what the other 2 books are for
Read more
Helpful
Comment Report abuse

LifeWithRenTop Contributor: Pets
5.0 out of 5 stars 5 stars- first time reading some of these authors
Reviewed in the United States on February 22, 2019
This was the first I have read of Havenwood Falls High (or any of the Havenwood Falls collections) and I really enjoyed the stories. I didn't know how reading reading a collection by different authors would flow but so far it has given each character the unique story they need.
Read more
Helpful
Comment Report abuse

Amber Peterson
5.0 out of 5 stars You will be hooked!
Reviewed in the United States on January 24, 2018
I really loved each book. The characters and town are so well written you actually feel as if you are part of the town. I like that there is a "teen" version of Havenwood falls, It brings the whole town together instead of hearing of characters then not knowing more about them. I highly recommend these books for teens and adults.
Read more
Helpful
Comment Report abuse

Freda
5.0 out of 5 stars Superb
Reviewed in the United Kingdom on February 4, 2019
Verified Purchase
There are some incredibly talented authors in this series of supernatural books and I love every single one of them and their stories of course xx
Read more
Helpful
Sending feedback...
Thank you for your feedback.
Sorry, we failed to record your vote. Please try again
Report abuse