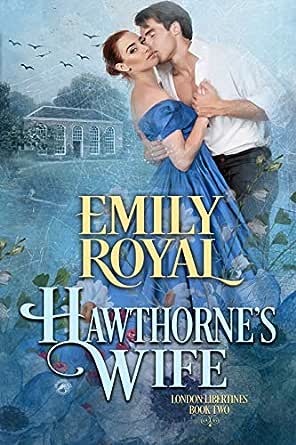 You've subscribed to London Libertines! We will preorder your items within 24 hours of when they become available. When new books are released, we'll charge your default payment method for the lowest price available during the pre-order period.
Update your device or payment method, cancel individual pre-orders or your subscription at
Your Memberships & Subscriptions
There was an error. We were unable to process your subscription due to an error. Please refresh and try again. 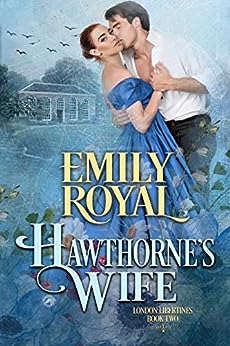 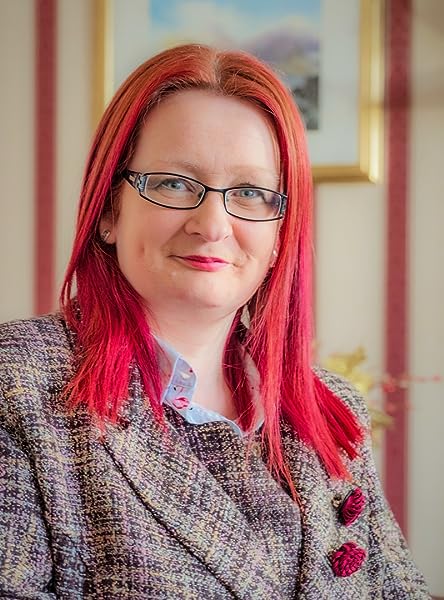 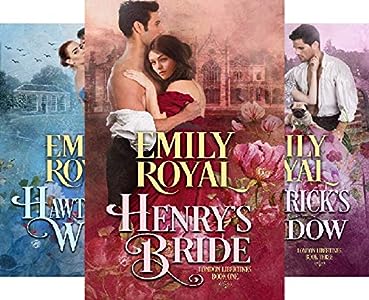 Lori Dykes
5.0 out of 5 stars A Wonderful Story
Reviewed in the United States on September 4, 2019
Verified Purchase
A childhood love for a man above her station had occupied most of Frederica Stanford's life it seemed. Hawthorne Stiles was a Viscount and son of an Earl and she was way below his notice.
What she did not know was that he did notice her and thought her fascinating. But before he went off to college a prank by his friends almost ruined her emotionally and he felt guilt that he could have stopped it from happening.
Emily Royal has written a story filled with emotion and heart. There are many layers to both of these characters and it was exiting to watch them unravel and travel on their journey.
When her first season in London begins, Hawthorne is now a respected magistrate and he is determined to push away the men who might take advantage of her. But a secret lurks about her birth and when it comes out, Hawthorne is there to help.
A story of the heart with angst, undeniable love, a secret that could destroy and hard choices that will change the lives of two people who are destined to be together. It held my attention from the first page to the last and I truly disliked it having to end! Well done and highly recommend!!

DLT
5.0 out of 5 stars great story
Reviewed in the United States on September 7, 2020
Verified Purchase
you will like this book
Read more
Helpful
Report abuse

petula winmill
5.0 out of 5 stars I Love It
Reviewed in the United States on September 4, 2019
Frederica Stanford has been obsessed with the boy next-door nearly all her life. That put her in grave danger at one point and she still suffers from the after effects. Now many years later her affections haven't changed but she knows she's not of his class and will never be good enough for him.
Viscount Hawthorne Stiles has always, known about the little girl who watched him, but he ignored her until the day his friends went too far in their teasing. The shame of that day will stay with him for years.
Our heroine is an incredibly strong woman with unshakable faith in those she loves. She will sacrifice anything for them.
I have never disliked a so called hero of a book as much as this one. He is selfish, stubborn stuffed full of his own importance. Considering his duties as a Magistrate he really should be more observant. I really don't see what our fabulous heroine sees in him.
I did need the tissues for the more emotional times. There were also times I would have gladly slapped the hero.
A very enjoyable story. I loved it.
Read more
2 people found this helpful
Helpful
Report abuse

D Clark
2.0 out of 5 stars Didn't finish
Reviewed in the United States on January 7, 2021
Couldn't get into either the heroine or hero. The heroine has suffered a past trauma, which would normally make her a sympathetic character, but her behavior is just too immature and flighty for the most part. I liked the focus on her art as therapy, and her relationship with her dad was a highlight of the book, but I got tired of her seeming so pathetic and lost at sea. SPOILER............................She makes head-scratching choices, including hanging out with a smarmy guy with a bad reputation who obviously wants her, when she knows he's her biological brother)

Yes, she is the daughter of a merchant, she does suffer from PTSD, but why can't she show a degree of common sense and self-preservation instead of being constantly saved by the men in her life? It's insulting.

On to the hero. He isn't enough of a hero for me. Too condescending, too controlling, feels guilt for not helping the h more after she endured her trauma but spends most of the book either yelling at her for being a wanton (she isn't) or holding her when she's upset and then automatically getting turned on. When h has a terrible nightmare during his house party and is being consoled by her dad, the hero automatically notices that her gown is torn, exposing her body. Instead of trying to cover her up, he just stands there and gets hard. He constantly calls h "little changeling" to the point of annoyance. Honestly, he seems to have little respect for her.

This is where I gave up: Around the halfway point, the hero, heroine, and her dad are talking in the drawing room.
H asks to speak a moment alone with h, which the h doesn't want to do. She's recently recovered from a life-threatening fever and has learned a secret about her past. Her dad leaves them alone anyway. Heroine (rightfully) accuses hero of treating her like someone who is lower class. He denies it, then he lifts ups her skirts and unbuttons his breeches, not even thinking about her reputation. It's all about him. He keeps thinking that she belongs to him but isn't considering her future at all.

This is the kind of guy most dads, and moms, would want far away from their daughters.

Hard pass from me on this book.
Read more
Helpful
Report abuse

Hawthorne took me a while to work out , that he loved Frederica was never in doubt .
He’s not a heroic hunk of a man , he’s a gentleman, and Earls Heir, a magistrate.
He has money , power, prestige,
But he also has , an overwhelming love for his lady , he longs for her , and he’s easily hurt especially by her , or things he believes she’s done , proved or not .
I worry how he judges others guilt, as he struggles to judge her character and struggles with his jealously constantly.

Frederica is strong and beautiful inside and out .
Her life is a jigsaw of pieces that space her destiny .
Her grandfather and Hawthorns father have a secret that only they know .They guard Their Secret religiously until they have no choice but to tell Hawthorne.
Her Mother dies in childbed with her and Hawthorne is the person she relates to most though he doesn’t know it .
She follows him from a young age always out of his site , but she admires him , loves him . He’s so far above her station she stands no chance of seeing her dreams met.

The two do fit together beautifully, but contention is always around the corner .

A wonderful book, thrilling and enjoyable read, I was held in it pages and loved every minute of my captivity I wish my sentence had never ended .