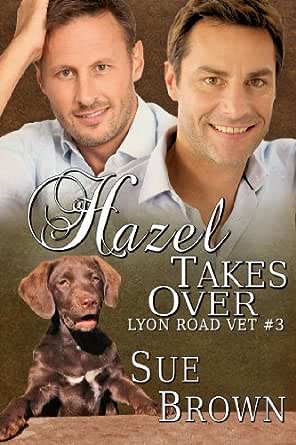 You've subscribed to Lyon Road Vet! We will preorder your items within 24 hours of when they become available. When new books are released, we'll charge your default payment method for the lowest price available during the pre-order period.
Update your device or payment method, cancel individual pre-orders or your subscription at
Your Memberships & Subscriptions
There was an error. We were unable to process your subscription due to an error. Please refresh and try again. 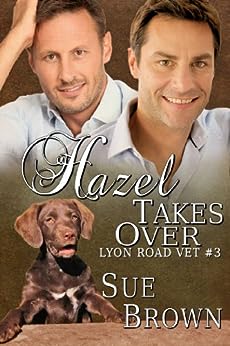 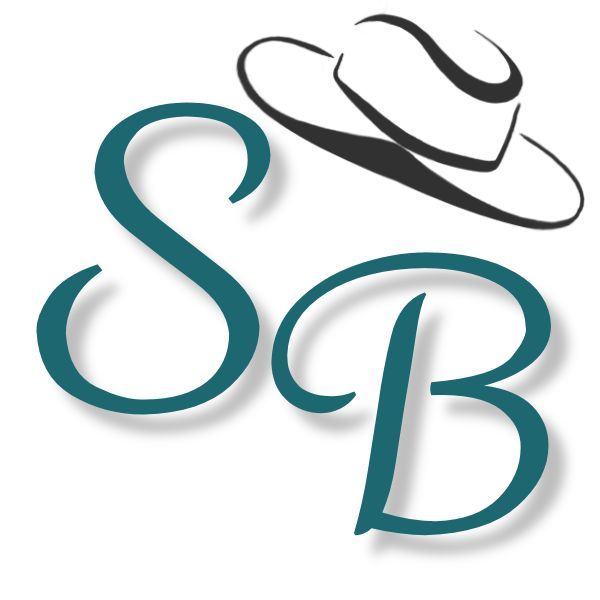 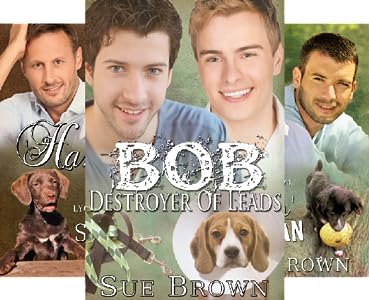 Asey82
2.0 out of 5 stars Not worth the time or money
Reviewed in the United States on November 1, 2013
Verified Purchase
The book title was cute, the blurb had potential. The actual book had nothing. There's no plot except for a thin bit tacked toward the end. The relationships are established before the book starts and don't grow. The dog enters on page 2 and contributes nothing to the book. There's no exposition or narrative, it's mainly dialog which reads more like a script than book. But a hundred pages in which nothing happens - no conflict, argument, or crisis - and four amiable but bland men goo over their dogs, talk about food, proclaim their love and have discreet sex is pretty boring. There's nothing to this book.
Read more
Helpful
Comment Report abuse

Joe Geppert
5.0 out of 5 stars fun and intrigue
Reviewed in the United States on June 29, 2014
Verified Purchase
This is on and good book to read I highly recommend to anyone who would like to have a book to read that makes your mind open up and think about other alternatives from the normal lifestyle also I recommend reading it because her some suspense and some good humor as well please take my advice and have a great day
Read more
Helpful
Comment Report abuse

Murphy Irene
5.0 out of 5 stars Hazel Takes Over
Reviewed in the United States on August 2, 2014
Verified Purchase
This another great book in the Lyon Road Vet series. I love the new characters and their dog. I also like the fact that they admit some dogs are easier to train than others. I personally have one that is a personality plus monster. As I said in my other review, I read almost all of Sue Brown's books.
Read more
Helpful
Comment Report abuse

Amazon Customer
4.0 out of 5 stars Cute but not overly dramatic...
Reviewed in the United States on December 8, 2013
Verified Purchase
I enjoyed this one, but it was a bit bland. Not bad, just not overly interesting. Hazel was fun, and I enjoyed seeing Peter and Evan again. I had such a hard time reading about Harry's death in the first book, it was nice to see Peter has recovered.

Good addition to the series, even if it is a bit short on story!
Read more
Helpful
Comment Report abuse

Amazon Customer
4.0 out of 5 stars It was nice
Reviewed in the United States on September 15, 2016
Verified Purchase
I love Evan and Peter, it was nice to hear from them again. The story seemed rushed and at times I had difficulty understanding what was going on.
Read more
Helpful
Comment Report abuse

Kindle Customer
5.0 out of 5 stars Hazel takes charge
Reviewed in the United States on November 20, 2013
Verified Purchase
sue has done it again in this series. in this one she brings back the original characters we first fell in love with and reminds us why. Peter and Evan are a cute couple, the kids are great and what can you say about hazel besides adorable. I hope there's more to come with Jesse and Dan.
Read more
Helpful
Comment Report abuse

Brian in PS
4.0 out of 5 stars A nice addition to an enjoyable series
Reviewed in the United States on February 7, 2014
Verified Purchase
This is a worthy addition to this series, much better than the second installment in my opinion. There was some nice interplay between the characters and Ms. Brown wrapped up several story threads from earlier books in a decent fashion. Overall an enjoyable ready for a lazy Sunday afternoon.
Read more
Helpful
Comment Report abuse

Killian Anderby
3.0 out of 5 stars Good book(s) but .....
Reviewed in the United Kingdom on January 13, 2014
Verified Purchase
Having now read the three'Lyon Road Vet' books in a row, three things really irk me!

1. Who in the UK calls their vet "Dr". This is an Americanism which has made its way in. In all the time that I have dealt with Vets, as a child, it was "Mr", but as seen adult, it has always been first name terms, NEVER 'Dr'.

2. Who calls whisky "Whiskey"? Again another Americanism, although to be honest, you are more likely tip hear them asking for a "Scotch". It is also the name used for the Irish form of the spirit but, when the author goes on to say "single malt" you know it should be Whisky!

3. I felt that between Peter arms Evan, there was far typo much sex. It felt as though this these sections were put in purely to increase page numbers.

Overall, I am giving the book's a three! Why? Having read 'Mr Plum' prior to this book, it makes me think that this authoress, should stick to writing short stories.Another thing is that the series is called 'Lyon Road Vet'! Not much action takes place at the surgery, or is this simply the story of Evan! One other thing is that at the end, we never did find out what it was that Jesse did for a living! One can only assume he was SAS or Police Special Operations but neither of these explain the constant moving around and for long periods, which means he can't lay down roots. I am sure members of the SAS or Police Special Op's, do not live such a life, however the decision was taken to let its just hang, even although he did know the name of the Police Officer (Els) attending when Roy appeared at Peter's home.

I used to like the writings of Sue Brown however, these three books have changed my mind completely, and I don't think I would read anymore, in series format anyway! She should stick to short singular stories.
Read more
Helpful
Sending feedback...
Thank you for your feedback.
Sorry, we failed to record your vote. Please try again
Report abuse

Booker
5.0 out of 5 stars I loved this story
Reviewed in the United Kingdom on July 23, 2018
Verified Purchase
I love this story a good set of books to get. If you are a dog lover
Read more
Helpful
Sending feedback...
Thank you for your feedback.
Sorry, we failed to record your vote. Please try again
Report abuse

Louan
5.0 out of 5 stars The Third in a Great Series
Reviewed in Canada on February 7, 2015
Verified Purchase
It was awesome to revisit Peter and Evan, and to be able to watch them negotiate the joys of life together, a new pet and lots of drama. I'm not rushing off to start the next book. :)
Read more
Helpful
Sending feedback...
Thank you for your feedback.
Sorry, we failed to record your vote. Please try again
Report abuse

Steve Bircher
3.0 out of 5 stars A read!
Reviewed in the United Kingdom on October 15, 2013
Verified Purchase
This was a read, but I've read better books by this author. It will not stop me reading her books.
Read more
One person found this helpful
Helpful
Sending feedback...
Thank you for your feedback.
Sorry, we failed to record your vote. Please try again
Report abuse