You've subscribed to London Celebrities! We will preorder your items within 24 hours of when they become available. When new books are released, we'll charge your default payment method for the lowest price available during the pre-order period.
Update your device or payment method, cancel individual pre-orders or your subscription at
Your Memberships & Subscriptions
There was an error. We were unable to process your subscription due to an error. Please refresh and try again. 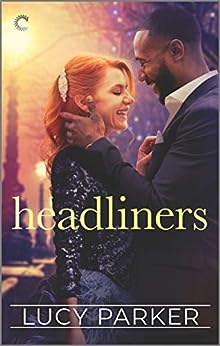 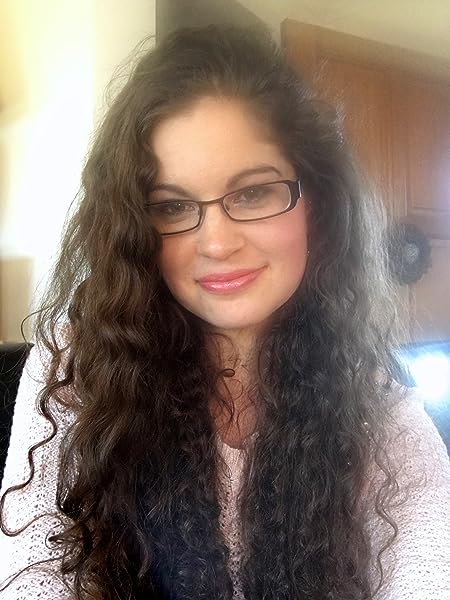 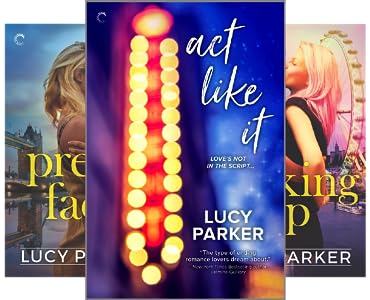 “Once again, Parker does a wonderful job of building a relationship in a believable way. […] I continue to appreciate Parker’s skill in drawing characters who feel like real people I would want to spend time with.” —Cannonball Read

Lucy Parker lives in the gorgeous Central Otago region of New Zealand, where she feels lucky every day to look out at mountains, lakes and vineyards. She has a degree in Art History, loves museums and galleries, and doodles unrecognisable flowers when she has writer's block.

Her interest in romantic fiction began with a pre-teen viewing of Jane Austen's Pride and Prejudice (Firth-style), which prompted her to read the book as well, and the rest was history. --This text refers to the mass_market edition.

4.4 out of 5 stars
4.4 out of 5
180 global ratings
How are ratings calculated?
To calculate the overall star rating and percentage breakdown by star, we don’t use a simple average. Instead, our system considers things like how recent a review is and if the reviewer bought the item on Amazon. It also analyzes reviews to verify trustworthiness.

Cassandra
5.0 out of 5 stars Witty and heartwarming as enemies become lovers
Reviewed in the United States on January 20, 2020
Verified Purchase
Lucy Parker has created an utterly believable theater and media universe with her London Celebrity books and with Headliners (a loose sequel to The Austen Playbook) she moves us sideways into the world of celebrity journalism which is in its own way just as catty and cutthroat.

Her main characters remain fundamentally decent and professional though and although Nick has got some explaining to do and some relationships to heal to his credit he takes responsibility and tries to do better for Sabrina and the Carletons as well as for his friend, Griff.

This is an "enemies to lovers" book, but the enmity is not vicious and once Sabrina and Nick are on the same broadcast team and simultaneously working together to produce a good show and unearth a saboteur sparks start to fly. I love that Nick falls first and doesn't back away. This gives him to chance to work on that atonement and figure out what he really wants to do with his life. Sabrina has to work on her personal relationships too, particularly on the fractured connection with her father which was badly strained in The Austen Playbook.

This all sounds very serious, but Parker brings the humor both verbal and physical. There's a strong element of the rom-com in this book in particular with some pratfalls and a notable dunk in the Thames. Why hasn't this whole series been optioned? It would make a perfect mini-series for streaming.

The chemistry between the two leads builds slowly but when it finally lets loose...whoa!

Loved Nick and Sabrina and now with probably have to buy the audio version too because of the excellent narrator and because I really need to hear some of these scenes dramatized.

Claire
TOP 1000 REVIEWERVINE VOICE
3.0 out of 5 stars Not standalone -- read this series in order
Reviewed in the United States on February 4, 2020
Verified Purchase
First the good: the characters are mature, the obstacles are real and not contrived, there is no insta-love (at least not by the main characters,) the situations are plausible and the development of the romance is lovely. The dialogue is smart and fun in places.
The bad: the story feels a bit disjointed and drags in places. Also, there are lots of characters from past books which is a bit disorienting if you've forgotten the previous books -- definitely read these in order. It says that it is stand alone but it is hard to follow unless you have read (and remember) the previous installments. The other problem is that there are surprising lapses in grammar which throw off the reader somewhat and are unworthy of this author.
On the whole if you are a fan of the series it is an enjoyable read but drags a a bit. If you are new to this usually excellent author, start with Act Like It.
Read more
3 people found this helpful
Helpful
Report abuse

The Reading Chick
5.0 out of 5 stars Great characters, dialog, and heat!
Reviewed in the United States on January 23, 2020
Verified Purchase
If you’re a fan of this series then you’ll remember that Sabrina Carlton and Nick Davenport are rival anchors on competing networks in London and at the end of the previous book Nick had reported news that tore Sabrina’s family apart. So, at the beginning of Headliners when they are both told they would be anchoring a morning show together for one month I knew that the sparks would be flying! When they start the show and realize someone is out to sabotage their chances at making this show a success they band together to find the culprit and all of a sudden there are other kinds of sparks flying.

Just as with the previous novels in this series Lucy Parker really knows how to write great dialog, characters who are not perfect but that a reader can care about, and sizzling romance. I loved that Sabrina and Nick were an interracial pair yet all of the issues they had stemmed from non racial issues. In fact, despite the saboteur at work, this was a “normal” romance…and that is how it should be. Maybe it’s not realistic to talk about issues others may have with their pairing, but truthfully? All I cared about after starting to read was that they were interesting characters and had some great dialog, and most importantly HEAT. Enough said.

So, despite seeing Nick as the bad guy in the previous novel, that one act was all we knew about him. This book allowed us to see his regrets over how that story played out. That insight totally helped me get past him screwing Sabrina and her sister Freddy over. I moved on from dislike to enamored rather quickly, exactly as the author intended. It also helped that in this novel Sabrina and Nick had a common enemy to fight. There’s nothing like banding together to fight evil that makes you think of sex! LOL.

Headliners was a ton of fun to read and I hated that it had to end. I’m trying to think of someone that this series could continue with, maybe Nick’s brother Iain? A single dad who is slightly gruff, but loves his daughter? Hmm. From my lips to the book gods (ok authors) ears in New Zealand… fingers crossed! ❤️❤️❤️❤️❣️

I received a copy of this book through NetGalley and the publisher for my honest review and it was honest!
Read more
2 people found this helpful
Helpful
Report abuse
See all reviews

Becky @ A Fool's Ingenuity
5.0 out of 5 stars Loved it, Lucy Parker always gives us a winner
Reviewed in the United Kingdom on April 14, 2020
Verified Purchase
Lucy Parker is an absolute fave of mine. She can do no wrong, she just writes the best books. And she didn't disappoint with this one either.

Sabrina and Nick were introduced in the last book and those pair had some history going on. I mean, Nick was a no-good dirty dog airing Sabrina’s family’s dirty laundry on his show for ratings and to give him a boost for a job he was competing against Sabrina for. He had a lot of work to do to redeem himself in my eyes, and Sabrina’s. Luckily for him, from the very start, you just know he had deep regrets about the events of the last book. It was a mistake, someone was going to do it but he shouldn’t have aired the story for a step up. He knew he had done wrong and his guilt about that was obvious. It didn’t redeem him but it meant I was willing to let him work for my forgiveness.

And Sabrina? She’s overcoming heartbreak, family drama, and now she’s fighting for her job. She’s in luck, though, because Nick opens his big mouth at the wrong time and gets in the bosses bad books so they end up having to work together on a morning breakfast show competing to stay on their network and stay employed.

At first, they hate one another and I loved that snarky banter. Hate was probably a strong word, I don’t think Nick ever hated Sabrina, but she’s certainly had a little bit of a grudge. We all know where snarky banter and hate goes in a good romance book, don’t we? These two had sparks flying all over the place and I was so ready for them to get together they were just the best. If I had been in this world I would have been all over social media shipping them hard.

And this book was funny! I was smiling so much when reading and that is definitely the kind of book we all need in our lives right now, isn’t it?
Read more
One person found this helpful
Report abuse

I
4.0 out of 5 stars TV Romance
Reviewed in the United Kingdom on January 22, 2020
Verified Purchase
Sabrina and Nick have long disliked each other but this is no typical enemies to lovers romance because when Lucy Parker writes a book it is witty, funny (I laughed several times), above all entertaining with real depth to the characters.
Read more
Report abuse

Amazon Customer
5.0 out of 5 stars brill
Reviewed in the United Kingdom on January 24, 2020
Verified Purchase
loved everything about this book, as with all the other books in the series
Read more
Report abuse

Leigh-Ayn Absolom
5.0 out of 5 stars Another winner from Lucy Parker!
Reviewed in Australia on January 21, 2020
Verified Purchase
You know when you read a book and you don’t want it to end because you’re loving it so much? This book was that for me. I kept looking at my read percentage going up thinking no!! I’m not ready to leave this world and characters! Sabrina and Nick sizzle all through the book. I laughed and giggled and fell in love with them along the way. It’s a tale of redemption, forgiveness and love all woven into a wonderfully delightful story.
Read more
One person found this helpful
Report abuse

Leyns
3.0 out of 5 stars 3.5 stars.
Reviewed in Australia on January 20, 2020
Verified Purchase
It was clever and witty but didn’t draw me in as I’d hoped. The romance just wasn’t quite gripping enough for me. I much prefer previous books in the series.
Read more
One person found this helpful
Report abuse
See all reviews