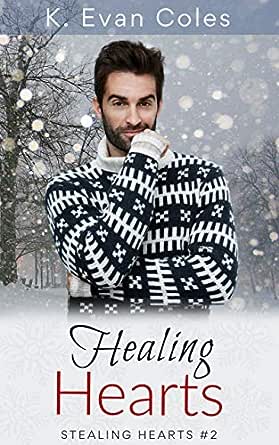 You've subscribed to Stealing Hearts! We will preorder your items within 24 hours of when they become available. When new books are released, we'll charge your default payment method for the lowest price available during the pre-order period.
Update your device or payment method, cancel individual pre-orders or your subscription at
Your Memberships & Subscriptions
There was an error. We were unable to process your subscription due to an error. Please refresh and try again. 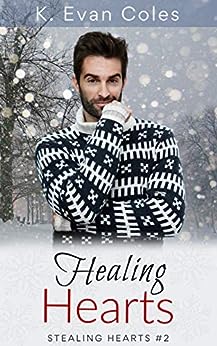 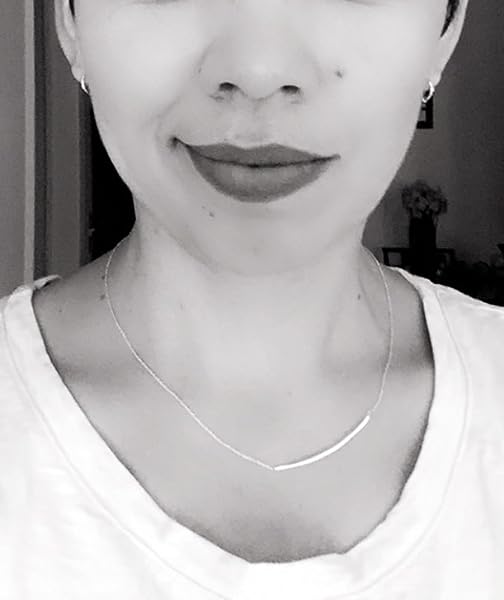 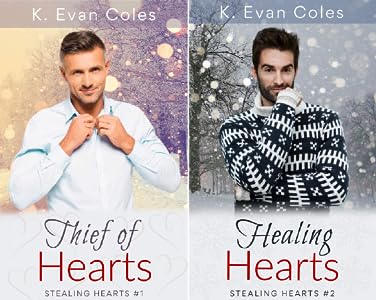 Randall J
5.0 out of 5 stars Can Zac let down his defenses and accept chef Aiden's love? A tasty holiday tale...
Reviewed in the United States on December 18, 2019
Verified Purchase
Starting over at forty-five, or any age, is tough... Zac didn't see the end of his marriage coming, and two years later is still keeping his heart protected, immersed in his job and his preoccupation with his waistline. Then he meets younger chef Aiden, who awakens his heart and his taste buds, with his infectious smile and his delicious food. Should Zac jump into life and a relationship again, or is that just asking for trouble and hurt? ... I really enjoyed this story and its positive themes of healing and learning to say yes to the delicious things the universe sends our way... it's a message that is especially needed at the holidays, or anytime. Highly recommended.
Read more
Helpful
Comment Report abuse

Kindle Customer
4.0 out of 5 stars Healing Hearts
Reviewed in the United States on April 12, 2020
Verified Purchase
Age is nothing but a number when it comes to love. But getting past your past can. Aiden and Zac are cute together as long as they can get past the past.
Read more
Helpful
Comment Report abuse

Sherry M.
4.0 out of 5 stars A sweet holiday romance
Reviewed in the United States on December 16, 2019
Healing Hearts is a sweet story about an insecure man who has been burned in a relationship slowly opening himself up to the possibility of love.

Zac’s ex-husband cheated on him, and he can’t really see himself finding someone new. Zac is middle aged and struggles to keep in shape, and his life isn’t very exciting, especially since his job as a nurse takes up a lot of his time. When he gets to know Aiden, a young and handsome chef with a blossoming career, Zac doesn’t dare think that they could be more than friends. Aiden has other ideas, however, and soon the two of them are involved in much more than a friendship. Then a disastrous meeting with his ex and his boyfriend at a holiday party brings all of Zac’s insecurities to the forefront, and Zac has to figure out how to overcome his fears if he and Aiden are going to have a future together.

Overall, I really enjoyed the romance between Zac and Aiden. They are both generally likeable guys, and they’ve both suffered losses, Zac with his marriage and Aiden through the deaths of his parents when he was very young. That made it easy for me to root for them to get their happy ending.

This is one of those books where the main character is the author of some of his own pain, though. Yes, Zac has been cheated on, and his self-esteem has taken a hit, which is aggravated by the poison his ex’s bitchy boyfriend spews at him. I can sympathize with him feeling old and boring and unattractive to an extent, but Zac lets that color his outlook to the point that he sabotages his own happiness with Aiden. Meanwhile, Aiden is an absolute sweetheart who is nothing but supportive of Zac, so I kind of wanted to shake Zac when he pushes him away. Luckily, Zac pulls his head out fairly quickly and mends his ways so that he and Aiden can have their HEA.

One thing to note—Zac has a somewhat problematic relationship with food, which might be triggering for some readers. He doesn’t have full blown anorexia or bulimia, but he’s very strict about calories and exercises somewhat compulsively. Eating disorders are usually treated as a women’s problem, and they are more common with men than most people realize. I appreciated that the author chose to highlight this issue, although I don’t think that the challenge of overcoming Zac’s negative thoughts about his weight and food is fully addressed.

Readers looking for a holiday romance with a relatively sweet story and hurt/comfort themes should definitely give this one a try.

A copy of this book was provided by the author for review; all opinions expressed are my own.
Read more
Helpful
Comment Report abuse

padme35
5.0 out of 5 stars Amazing & Awesome Holiday Gem
Reviewed in the United States on December 23, 2019
I just want to say that I want to wrap Zac up in layers of bubblewrap, two or three soft plushy blankets, and a huge Mama Bear hug until he sees that he is perfect as he is but then he wouldn't learn that through experience and sometimes we have to have the doubts run through our brains to make us see what's really important about ourselves. Aiden is just a delight. We all need an Aiden in our lives to keep us focused and positive. That's not to say Aiden doesn't have his moments of fear and doubts but his energy level and positive nature is awe inspiring.

Healing Hearts is about learning to open up and letting people in, that when a relationship ends life doesn't end then and there too. Zac was betrayed and heartbroken in one of the worst ways possible and when his husband left, doubt came knocking. The doubts and fears Zac have are entirely understandable and though some of us might think considering the situation he'd be "jumping back in" quicker but healing has no time limit so I completely got where Zac's head was at.

K Evan Coles has written another great holiday novella that makes you think, makes you smile, and makes you cheer for the friendship and possibly more between Zac and Aiden. Just the perfect blending of sweet, savory, and salty to make this a holiday gem not to be missed.
Read more
Helpful
Comment Report abuse

Belinda Zamora
4.0 out of 5 stars Love heals
Reviewed in the United States on December 21, 2019
Zac is a nurse and he's just gone through a horrible divorce.
It's left him doubting himself and leery of relationships.
When he meets Aidan, a chef who owns a food truck, initially they become friends.
Zac just can't seem to shake off the feeling that he's not good enough for Aidan not to mention their age difference.
Things finally come to a boiling point and Zac outright rejects Aidan and they're both devastated.
Luckily for them both, they have good friends who help him see what a mistake he's making.
Thankfully, Aidan is willing to give him another chance but he has to work for it because now confident, sunny Aidan is left doubting himself and Zac now fully realizes the enormity of his mistake because he's been in Aidan's exact position.
A sweet little story about the healing power of love.
Read more
Helpful
Comment Report abuse

Coline Peterson
4.0 out of 5 stars Healing Hearts
Reviewed in the United States on December 18, 2019
When a coworker offers to buy Zak lunch from an Italian food truck a love/hate relationship is born, love because the food is incredible, the chef is adorable and just my type, but hate because watching his weight is something his mother has always reninded him about to the point it's almost an obsession. After a horrible divorce and having to deal with his cheating ex and his nasty boyfriend, Adrian is a breath of fresh air but Zak can't help but wonder if he's setting himself up again for failure or on his way to a new begining, only time will tell. This book it had just enough of everything to keep you reading this fast paced well written book till the conclusion, really enjoyed this wonderful holiday read.
Read more
Helpful
Comment Report abuse
See all reviews from the United States