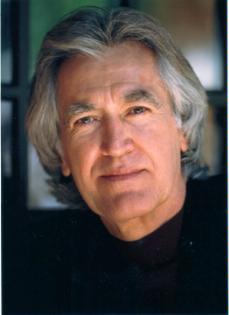 Healing Words: The Power of Prayer and the Practice of Medicine Paperback – January 19, 1995

"Explores a subject that has for too long been overlooked by much of science and medicine. I recommend it to everyone."-- Bernie Siegel, M.D., author of "How to Live Between Office Visits; Love, Medicine & Miracles; and Peace, Love & Healing" "[A] must read for everyone ... gems of insight and valuable information. [It] makes you hope that there are more physicians like him practicing medicine!"-- "Body, Mind, Spirit""In "Healing Words, " Dr. Dossey eloquently integrates the scientific with the spiritual, shattering the long-held notion that these doctrines must somehow be exclusive." -- "Total Health"

Larry Dossey, M.D., is the author of the New York Times bestseller, Healing Words, and Prayer Is Good Medicine. An authority on spiritual healing, he lectures throughout the country and has been a frequent guest on Oprah, Good Morning America, CNN, and The Learning Channel. He is responsible for introducing innovations in spiritual care to acclaimed institutions across the country. He currently resides in Santa Fe, New Mexico.

Saints and Sinners,
Health and Illness

What is to give light must endure burning.
-- Viktor Frankl

One of the most puzzling illnesses in history took place some 2,500 years ago when the Buddha-the Awakened One -- died from food poisoning, having been fed tainted meat in what proved to be his final meal. Not a very exalted way for a Buddha to go, I thought, on first discovering this account. Somehow I'd expected a more dignified cause of death than spoiled food. Later I found that this case was by no means unique, and that many great spiritual leaders have suffered ignominious ends marked by grotesque pain and suffering. Some of the historically recent examples include:

--Saint Bernadette, who in 1858 saw the vision of the Virgin at Lourdes, where thousands of healings are claimed to have occurred. Bernadette didn't receive such a healing when she needed one. Cause of death: variously called "bone cancer" or disseminated tuberculosis, at age thirty-five.

-- Jiddu Krishnamurti, the famous spiritual teacher whose words have inspired millions around the world. Cause of death: cancer of the pancreas.

--Suzuki Roshi, who brought Zen Buddhism from Japan to the United States and established the San Francisco Zen Center. Cause of death: cancer of the liver.

-- Sri Ramana Maharshi, the most beloved saint of modem India. Cause of death: cancer of the stomach.

This list could be multiplied at great length. History is clear: the health records of many of the most majestic, God-realized saints and mystics are far from ideal.

Often the sickly saints seem to accept illness as part of the natural order. The great Indian sage Sri Aurobindo (1872-1950), one day took a wrong step, fell, and broke his knee. This perplexed the physician who attended him. "How is it that you, a mahatma, could not foresee and prevent this accident?" "I still have to carry this human body about me," Aurobindo replied, "and it is subject to ordinary human limitations and physical laws."

The "explanations" offered for these events are numerous. Some say the saint or mystic wasn't really as spiritual as he or she seemed. Or that he or she was indeed enlightened but was living out his or her karma, "paying back" for transgressions and shortcomings of previous lives. Others maintain that the great teacher has inadvertently taken on the illness of his or her devotees, like an unconscious sponge. We also hear the argument that the wise one has consciously chosen the illness. Sometimes this is done as a teaching device, in order to demonstrate that the connection between the divine and the human can remain even in the midst of hideous illness. Or the saint or mystic intentionally takes on the illness as a final test, to "bum off " any remaining vestiges of ego or self-consciousness.

These may or may not be valid reasons. Our task here is not to figure out in every case why God-realized people get sick and die, but simply to acknowledge that they obviously do -- and to ask what this might imply when illness occurs in our own lives. Above all, these accounts should make us question seriously the prevalent assumptions that (a) being holy is a guarantee of good health, and that (b) bad health and illness always imply spiritual shortcomings.

These assumptions are untrue not just for spiritual geniuses, but also for common folk like you and me. When Jesus encountered a man who was blind from birth, his disciples asked, "Master, who did sin, this man, or his parents, that he was born blind?" This question comes in a variety of "New Age" contexts today. Who is at fault? Why did I "choose" this illness? For what current or previous shortcomings am I suffering? Who's to blame? Jesus' answer is illuminating, and should be emblazoned in every New Age book dealing with consciousness and healing: "Neither bath this man sinned, nor his parents. but that the works of God should be made manifest in him" (John 9:1-3, King James Version (KJV), emphasis added). How could Jesus' message be clearer? This is a striking example of a profound physical problem in the total absence of spiritual imperfection. No one fell short, nobody was being punished for sin, nobody chose to be sick. Jesus implies also that there may be a higher purpose to the illness that we simply cannot grasp because we do not know the ways of the Absolute. This means that the meaning of a particular disease may be cosmic-that is, it may be opaque and hidden to us mortals, known only to the Divine. On balance, this case warns against equating spiritual and physical health, and cautions us against attributing shallow, superficial meaning to illness.

But the sickly saints and mystics are only one side of the coin. They are mirrored by what we could call the healthy reprobates -- individuals who have no obvious spiritual inclinations whatever, but who never get sick. Almost everyone knows or has heard of such a person. They break all the rules of good health, smoke and drink with abandon, and five to be a hundred without ever falling ill.

Sickly saints and healthy sinners show us that there is no invariable, linear, one-to-one relationship between one's level of spiritual attainment and the degree of one's physical health. It is obvious that one can attain immense spiritual heights and still get very sick.

Many people who believe in an invariable relationship between physical health and spiritual attainment accept the concept of "the Divine within," " the belief that an element or quality of the Supreme Being dwells inside every human. But even though the Divine may be present in everyone, it is obvious that human beings are imperfect reflectors, as it were, of the Divine Light. We fall short every day in a million ways. just as we may contain an element of the Divine, our physical bodies may contain something of our spiritual essence, which they sometimes reflect as imperfectly as we reflect the Divine.

Page 1 of 1 Start overPage 1 of 1
This shopping feature will continue to load items when the Enter key is pressed. In order to navigate out of this carousel please use your heading shortcut key to navigate to the next or previous heading.
Back
Next
Pages with related products. See and discover other items: Best prayers for healing