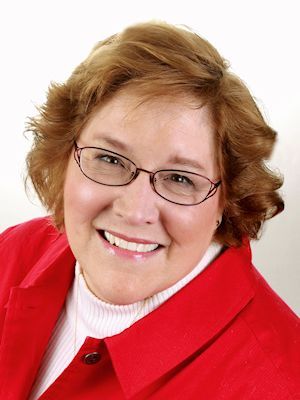 by Trisha Torrey (Author)
4.7 out of 5 stars 30 ratings
See all formats and editions
Sorry, there was a problem loading this page. Try again.
Read more Read less
Previous page
Next page

When Trisha Torrey was diagnosed with a rare, aggressive form of lymphoma in 2004, she was a marketing consultant who was naïve to the dysfunction the American healthcare system.

But she got smart, fast. She learned that the possibility of excellent care was too easily and frequently eclipsed by miscommunication and mistakes. She also learned that if she didn’t stick up for herself, and insist on the help she needed, she would not get it. The more empowered she became, the more she realized there was a possibility she had no lymphoma. Three months after her diagnosis, she proved she was right; she had no cancer.

Once Trisha put her misdiagnosis odyssey behind her, she decided it was up to her to apply her skills to teaching others how to navigate the dangerous landscape of American healthcare. She sold her marketing company in 2006 to devote herself full time to the cause.

Today Trisha calls herself “Every Patient’s Advocate.” She is the founder of AdvoConnection.com and the Alliance of Professional Health Advocates which support the business and client service aspects of a health advocate’s work. She writes regularly for a number of online outlets, speaks to groups of patients and professionals, and teaches workshops.

She is the author of six books all focused on supporting patients' healthcare journeys, and helping health and patient advocates and care managers establish and grow successful practices.

4.7 out of 5 stars
4.7 out of 5
30 global ratings
How are ratings calculated?
To calculate the overall star rating and percentage breakdown by star, we don’t use a simple average. Instead, our system considers things like how recent a review is and if the reviewer bought the item on Amazon. It also analyzes reviews to verify trustworthiness.
Top reviews

STEVEN KUSSIN
5.0 out of 5 stars A new career. A book to train those interested
Reviewed in the United States on February 4, 2013
Verified Purchase
Advocacy is in its infancy. Obamacare and the increasng understanding that patients are in a medical system in which they are utterly alone has increased interest in those who wish to be guides,navigators and advocates.This field becomes a profession of great need and timeliness. What a good time it is then to have this book. There are few course or defined reading material that helps advocates set up their priorities and then their practices. Trisha is a marketer, an advocate, a lecturer and a remarkably skilled writer. I have reviewed her other two books on amazon and this is an amazon purchase review. From the hurdles..legal, cognitive, marketing and personal..Torrey gets you the basics and beyond. Despite her experience, she never talks down to readers. Her style is so acceesible that the lessons learned become almsot intuitive in their common sense approach. Her advice is not just for advocacy but for anyone contemplating a new venture.
No job worth having comes with no learning curve. She makes this not only clear but justifies the difficulty and duties attendant upon a health care advocate. After describing the field she in large part has pioneered she goes about suggesting how the ethical and business concerns are not in conflict but work together to maximize the chances of success for clients and the professinals who help them
Read more
17 people found this helpful
Helpful
Report abuse

K & P
5.0 out of 5 stars Important Tool
Reviewed in the United States on February 10, 2016
Verified Purchase
This book reassured me I was on the right track, and gave me answers in areas I was stuck. I have a BS in business management & entrepreneurship with 20 years experience in business ventures. For this reason I debated if this book was needed, however, in the end I am glad I ordered it. My theory - when starting a new venture...seek out as much information as possible from the pioneers.
Read more
5 people found this helpful
Helpful
Report abuse

Linda B.
5.0 out of 5 stars Excellent book!! A must have!
Reviewed in the United States on April 24, 2016
Verified Purchase
Excellent book and I highly recommend to anyone starting a new business of any kind. Trisha writes with whimsy and fact and once you start you can't put it down. LOTS of wonderful how-to's. She takes you from how to develop your thoughts about your business to the marketing of your business. I can't say enough positives about this book. If you're thinking about getting this...GET IT!
Read more
4 people found this helpful
Helpful
Report abuse

dana
5.0 out of 5 stars Should read even if not for school
Reviewed in the United States on February 1, 2021
Verified Purchase
Required for school but so informative
Read more
Helpful
Report abuse

Rosalie Weatherhead
5.0 out of 5 stars Follow the Yellow Brick Road
Reviewed in the United States on November 18, 2015
Verified Purchase
This handbook along with the workbook took me step by step beginning with a core understanding my own strengths. All of the details that we could easily miss when beginning this venture are covered. No reason to re-invent the wheel. Trisha Torrey has given us directions and a wonderful, strong base to build our business on.
Read more
3 people found this helpful
Helpful
Report abuse

D.H.
3.0 out of 5 stars It's Good But Not Worth $60
Reviewed in the United States on June 27, 2018
Verified Purchase
This book is informational, but not a feet to the ground tool. I missed the return window or this would have gone back.
Read more
One person found this helpful
Helpful
Report abuse

Lawrence Wiley
5.0 out of 5 stars All You Need to Know
Reviewed in the United States on July 25, 2016
Verified Purchase
Covers all you need to know to start in private practice as a health advocate and get a good start. It doesn't shunt off financial and business requirements amidst a plethora of hype. This book is just what I needed.
Read more
2 people found this helpful
Helpful
Report abuse