Health Agent and millions of other books are available for Amazon Kindle. Learn more
Share <Embed>

$15.95
& FREE Shipping on eligible orders. Details
Sold by: Amazon.com
Have one to sell?
Sell on Amazon 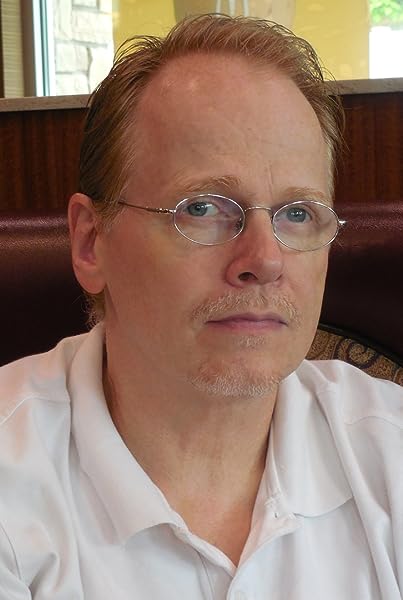 Start reading Health Agent on your Kindle in under a minute.

Chris P. OConnell
4.0 out of 5 stars This author never disappoints
Reviewed in the United States on September 12, 2012
Verified Purchase
I tend to download a lot of free books from Amazon. Most of them are fairly terrible. One of the hundreds I downloaded was called Monstrocity by Jeffery Thomas. Out of sheer boredom I began reading the book, and was shocked by how well written it was. I was so shocked, in fact, that I stopped reading to go look up reviews from others who had read the book. After finishing one of the most chilling and entertaining reads of my life I can say I became a huge fan.

Thomas paints a detailed picture of the settings his books take place in. Paxton, or Punktown, is a city that has a life of it's own. After reading two books set in this off-world urban expanse I can almost fully envision the city as I read. I become immersed in the thick, dark detail that makes up this fictitious melting pot.

His characters are well imagined and stunningly unique in both personality and physicality. In Health Agent Thomas once again introduces us to a cast of never before seen characters. The story itself is complicated and imaginative.

Jeffery Thomas is a beacon of light in what has become a dismally unoriginal genre. I will continue reading his books.

Schtinky
5.0 out of 5 stars A fresh look at Punktown through infected eyes
Reviewed in the United States on November 25, 2008
Verified Purchase
What happens when you lose everything, even your own life? Health Agent Montgomery Black could tell you. Black works for HAP (Health Agency of Paxton) along with partner Opal Cowrie, agent Vern Woodmere (a Red War veteran), and Beak, an alien species called Enisku. The entire agency is busy tracking down all people infected with the brand new, deadly STD called Mutstav 670. M670 has a 100% fatality rate and is highly contagious, and until a cure is found all who are infected must be rounded up by HAP.

On a routine investigation of an artistic show being performed in an abandoned warehouse - once the site of a massive toxic spill - the four attend the latest showing of artist Toll Loveland's performance piece called Pandora's Box. During Loveland's show, he releases a flock of carnivorous moths ... all infected with M670. He also shows a video of the murder of Auretta Here, famous for her VT news spotlights about M670 victims (of which she is one) from her hidden location.

Agent Black is bitten, and immediately contracts the virus. Later that evening, he will unknowingly pass it on to Opal during sex. Loveland disappears, literally, from the show. Neither HAP nor the Forcers are able to discover how he escaped or his current whereabouts. Once its discovered that the moths contained the virus, Loveland becomes Paxton's most wanted man - for the slow murder of his audience. Black continues to investigate for awhile, until the virus incapacitates him and he loses his job. Black is dying.

At the brink of death, the cure is found, but Montgomery Black is not the same person, and he never will be again. He begins a new, reclusive life. Loveland's body is found, wasted away by M670, but Black believes Loveland is still alive. Only after meeting a beautiful, scarred actress named Mauve Pond does Black begin to feel life again, but can he pull himself back enough from the brink to follow his previous course of pursuing Loveland by finding all of Loveland's accomplices and traces?

'Health Agent' is truly a fantastic read. There's horror, suspenseful detective work, scifi, otherworldly surroundings, superb character development, and of course, Punktown (one of my absolute favorite places to visit). The story is fast-paced, riddled with many interesting characters(each clearly individual and fully fleshed out), and developing plot twists and changes that keep you reading long into the night. Jeffrey Thomas is one of my favorite authors. His style is flawless, his imagination is incredible, and his ability to paint his imagination into the form of the written word is utterly genius. His creation of Punktown (a fictional city on another planet, used in many other novels such as Everybody Scream!, Monstrocity, Deadstock, and Blue War) is brilliant; you can feel the mean streets beneath your feet, smell its crafty atmosphere, and fully visualize its teeming population - all without effort through Thomas's smoothly flowing prose and dialogues.

'Health Agent' is a welcome addition to Punktown, close to being my favorite so far. It combines the medical ickiness of a mysterious infection with the excitement of a well written detective novel. Don't miss out on this 10 star book! Enjoy!
Read more
6 people found this helpful
Helpful
Report abuse

W. Egan
5.0 out of 5 stars Health Agent a healthy read
Reviewed in the United States on October 27, 2010
Verified Purchase
Jeffrey Thomas has a knack for clever and well presented versions of reality that are just close enough to the real thing to make you worry, yet be entertained by the cleverness of it all. His words are able to conjure up scenes that you never would have thought of but once in your mind stick like tasty candy.
I recommend his work to anyone who likes twilight zone/ alfred hitchcock sci-fi horror suspense with a clever tongue in cheek quality.
Imagine a blizzard of black snow...
Read more
One person found this helpful
Helpful
Report abuse

Amazon Customer
5.0 out of 5 stars GREAT STUFF
Reviewed in the United States on October 11, 2009
Verified Purchase
Another outstanding "Punktown" novel by Mr. Thomas. A weird mix of Science Fiction, Fantasy, Private Eye, Mythos and other genres of which the whole is greater than the sum of its parts. Don't miss this stuff!
Read more
One person found this helpful
Helpful
Report abuse

Czig
3.0 out of 5 stars Not one of his better works...
Reviewed in the United States on January 26, 2010
Verified Purchase
I'm a fan, but this particular novel was just okay. There really wasn't anything very interesting or original in it.
Read more
One person found this helpful
Helpful
Report abuse
See all reviews

Bruno Bueno P Cunha
5.0 out of 5 stars Mutant std's and extreme art
Reviewed in Brazil on December 9, 2020
Verified Purchase
Who else could write a sci-fi book on a space STD and discuss the nature of art at the same time?
Read more
Report abuse
See all reviews