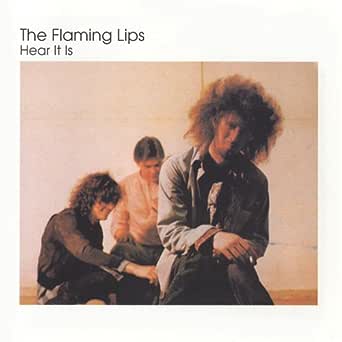 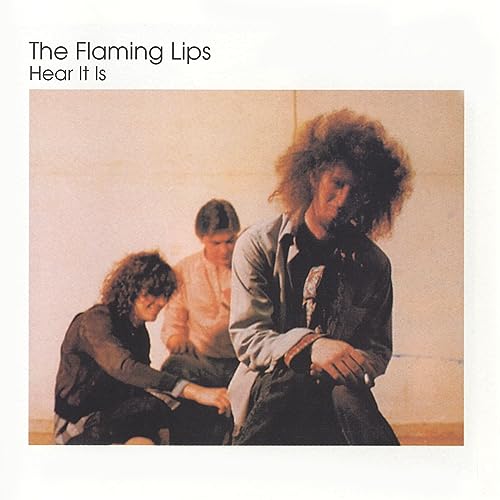 Hear It Is [Explicit]

Timothy Hogan
5.0 out of 5 stars Here's where it all started. Stellar debut.
Reviewed in the United States on August 15, 2019
Verified Purchase
Very good album from these guys. Maybe not the first place to start as they made better and stronger albums later but certainly not the last place either. They had a ep prior to this that wasn't well received and they came out with this right after a few member changes. Anyway good start to a long career that carries on today. Recommended.
Read more
Helpful
Comment Report abuse

Robert Campbell
5.0 out of 5 stars Excellent
Reviewed in the United States on August 27, 2018
Verified Purchase
Reissue of the bands debut album, My original was beat. Sounds incredible on record, the remaster didn't change anything from the original . If you've never heard this album , you should hear it if you're a fan to see the progression of sound from 1985 until now
Read more
Helpful
Comment Report abuse

Dominic
4.0 out of 5 stars Not The Best Debut Out There, But They're Trying Like Hell.
Reviewed in the United States on August 27, 2007
The Flaming Lips didn't always have members who knew how to play their instruments. At this point in their history, The Lips hardly knew what they were doing, but they practiced and practiced until they got enough songs together to record an album. This isn't my favorite music, by The Flaming Lips or anybody else, but it's a start... And a damn fine one, at that. After an almost unnoticed EP, this underground gem kicked off their careers with a hefty punch in the gut. It's sometimes hard to listen to, but their ambitions just make you respect them so much more.

But that doesn't mean all of it's bad. No, no, no. Some of this is great stuff. "With You" starts off very quietly, with some nice little noodling and a very simple melody with very basic lyrics... But the chorus climaxes with wailing guitars (And it doesn't matter that they don't know how to play, because the feedback just makes it sound good!) and gives the song some diversity.

After the song makes its quiet exit, the next song starts off very suddenly with a catchy punk/garage riff. Come to think of it, this whole album kind of sounds like a sixties' tribute with some sonic punk noise pulling it through the eighties. The third track has to be my favorite by far, though. Very catchy, and has jangly guitars accompanying the searing (once again, punky) electric guitar. In fact, the jangly acoustic could be considered a heavily played folk tune...

Although, after "Jesus Shootin' Heroin", there is not much more diversity on this album, except for "Godzilla Flick", which is a pretty, but a little bit bland, acoustic ditty. "Jesus Shootin' Heroin" is quite the pretentious, but with good reason, seven-minute religion-questioning rocker, which really could have used some time shaven off. So this is where The Flaming Lips start showing their artistic talent by making some good songs along with a few mediocre without really knowing what they're doing. They've found ways to cover up the fact that they're still learning by playing quickly or pasting distortion all over the place. The Flaming Lips only go up from here, but this is a promising start.

Andrew Jensen
3.0 out of 5 stars Nascent but not bad, especially "With You"
Reviewed in the United States on June 1, 2008
At this point the Flaming Lips were just your basic loud amateur rock band, but with occasional signs of real songwriting ability. The thing opens with "With You," a pretty little ditty that shows that right from the get-go Wayne had a decent ear for melody and knew how to get loud and quiet and then loud again. I think "Trains, Brains and Rain" is a mockery of folkie seriousness and nostalgia, but even if that's not what it's about it is a catchy little tune. And of course there's "Jesus Shootin' Heroin," probably the most well-known song on this debut LP. By pairing a good and extremely simple riff with eerie wails and then alternating that with Wayne speak-singing some vaguely anti-religious lyrics that don't make much sense over some chanting backing vocals, the Flaming Lips came up with something here that doesn't sound like any other song I've ever heard. That doesn't make it great, but it does make it memorable, and it's worth hearing if you've got any kind of interest in these guys. I'd be very surprised to see them do any of this stuff live, but this album's worth hearing if you like any of their other pre-Transmissions stuff.

Scuzzbopper
3.0 out of 5 stars the Lips say "Yo, we're here."
Reviewed in the United States on April 20, 2002
After the Lips released an unimpressive EP in 1985, they made a very wise choice and let Wayne Coyne take over as lead vocalist, and let his drug-addict brother Mark step down. Their 1986 debut album, "Hear It Is", is nowhere near the hard rockin' trippiness of their later work, but still worth a listen. It's much darker than their follow-ups, especially on such songs as "Godzilla Flick" (a really sad song about Mark's near-fatal battle with drugs). There is slight signs of the Lips' trademark goofiness, in "Charlie Manson Blues" and "Trains, Brains And Rain".
Overall, nothing to warp your mind, but still worth getting, for historical reasons, and a must for any diehard Lips fan such as myself. And check out the album cover: gotta love Wayne's Julius Erving afro. He sure looks angry, too...
Read more
6 people found this helpful
Helpful
Comment Report abuse
See all reviews