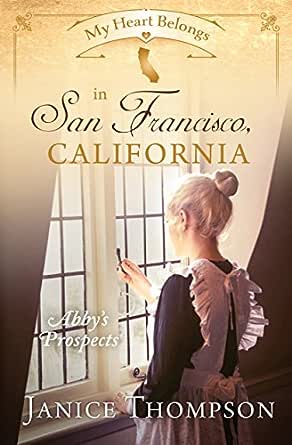 You've subscribed to My Heart Belongs! We will preorder your items within 24 hours of when they become available. When new books are released, we'll charge your default payment method for the lowest price available during the pre-order period.
Update your device or payment method, cancel individual pre-orders or your subscription at
Your Memberships & Subscriptions
There was an error. We were unable to process your subscription due to an error. Please refresh and try again. 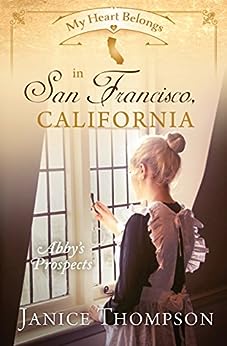 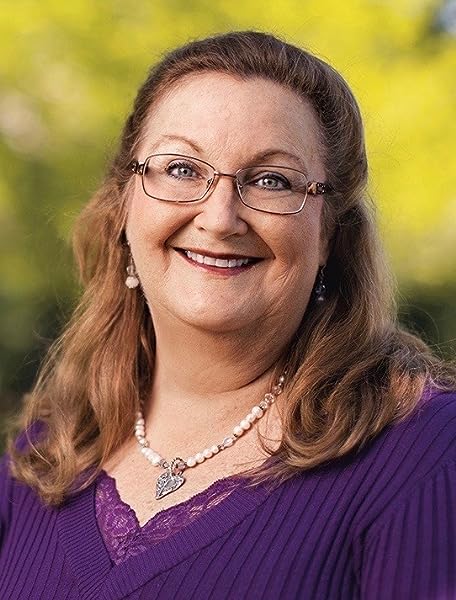 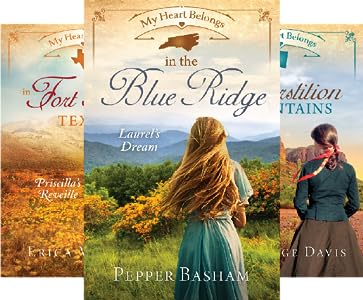 The storyline is certainly not predictable, and the twists and turns are a welcome treat. Thompson is a talented writer who knows that mixing humor with seriousness is a winning combination.
(Patsy Glans RT Book Reviews 2018-02-01) --This text refers to the paperback edition.

When an English socialite becomes stranded in the middle of a gold rush, her money depletes quickly even while her prospects for marriage increase daily. But Abby Effingham is on a mission to find her mother—not romance. Will a ridiculous scandal keep her from traveling on, or will it wake up an aloof innkeeper to the treasure right under his roof?
--This text refers to the paperback edition.

JANICE THOMPSON, who lives in the Houston area, writes novels, non-fiction, magazine articles, and musical comedies for the stage. The mother of four married daughters, she is quickly adding grandchildren to the family mix.
--This text refers to the paperback edition.
Read more

4.1 out of 5 stars
4.1 out of 5
80 global ratings
How are ratings calculated?
To calculate the overall star rating and percentage breakdown by star, we don’t use a simple average. Instead, our system considers things like how recent a review is and if the reviewer bought the item on Amazon. It also analyzes reviews to verify trustworthiness.
Top reviews

Аmazon Customer
4.0 out of 5 stars Christian Fiction
Reviewed in the United States on April 8, 2018
Verified Purchase
I haven’t read any of this author’s work in a long time. It was nice to receive another of her books. This one is part of her “My Heart Belongs” series. You should know she writes Christian Fiction. There is quite a bit of Bible-quoting in this story, especially at the beginning. It has a lovely ending, which I like. As in many of her books, the heroine meets and marries the main male character. If you like Christian fiction, you will probably enjoy this book. I don’t know how much research was actually put into the history of San Francisco during the gold rush of 1849, but you will find that this is a pleasant, enjoyable story.
Read more
Helpful
Comment Report abuse

Beverly Lynnt
5.0 out of 5 stars Love this historical fiction!
Reviewed in the United States on April 14, 2018
My Heart Belongs in San Francisco, California joins the collection of Barbour Publishing's series that celebrates historical beginnings in America. This book explores the era of the California Gold Rush, the '49ers, and the roots of San Francisco, the boiling pot of the West. This book places you right there in the middle of all the action from the viewpoint of a young woman from England.

Abigail Effingham was not a typical person traveling out West in the 1850's. For one, while she was not traveling alone by train, wagon train and coach, she was accompanied by her household's butler. Her objective was to meet up with her mother in the Oregon Territories where her mother was visiting her sister. Abigail missed her and wanted her to return home to Philadelphia, a city they were well settled after their immigration from England. This trip gave Abby a close-up look at all the frontier had to offer, including the flooding that diverted their path away from Oregon. With a new found determination, Abby decided against Neville's advice to return to Philadelphia, but to visit San Francisco to wait until the flooding receded in the Spring and her mother could come to her. She couldn't realize how much this side trip would change her life's course.

The people in the heyday of San Francisco were uncivilized, thrill-seeking and out to find their fortunes. Some of them were optimistic, starry-eyed with hope of striking it rich. But if they stayed too long, they often became jaded, swindled, crushed, and hard-drinking gamblers. They were not what Abby was used to. But soon, she inevitably discovered ways to influence a few of them, and being a young person herself, began to improve what was around her. Eventually a young man, Sam (good old reliable Sam), became her protector in more ways than she understood. They developed a strong friendship while she and Neville stayed at the Inn owned by his father. Sam's family housekeeper, who traveled to California with them years before, became the cook at the Inn. Her food was legendary and she was popular all throughout the city.

What I enjoyed so much was the complete makeover of the young lady we know as Abigail, to the self-sufficient woman that emerged as Abby. Her world was turned upside down. We get to watch the sometimes comical change-up as she learned to pluck chickens, make cherry pies, wash dishes and wait tables for the first time in her pampered life.

Another valuable part of Abby's life was her integrity and strong will. That included her spiritual life. She knew what she believed and why she believed that way, yet she never viewed herself as better than anyone else. She made friends with those who were like minded and they encouraged each other in their faith. She was always willing to consider a different viewpoint and learn new things, especially learning about God's character. That part of one of my favorite sections of the book and the best part of the character development that is done so well. If you like historical fiction from a woman's point of view, then you are sure to enjoy this book.

Disclosure of Material Connection: I received a complimentary review copy of this book from the Barbour Publishing as a member of the Review Crew. I was not required to write a review, positive or otherwise. The opinions I have expressed are my own. I am disclosing this in accordance with the Federal Trade Commission’s 16 CFR, Part255: "Guides Concerning the Use of Endorsements and Testimonials in Advertising."
Read more
One person found this helpful
Helpful
Comment Report abuse

Maria R
4.0 out of 5 stars Enjoyable Adventure to San Francisco
Reviewed in the United States on March 7, 2018
Abigail Effingham likes to fix things. In 1853 she is was headed to Oregon escorted by the family butler, Neville, in an effort to bring her mother back home so that she could fix her parents marriage and they could all live happily ever after back home in Philadelphia. Due to heavy rains the road headed to Oregon is impassable so Abby conjures up another scheme to go to San Francisco and lure both her parents to follow her there.

San Francisco isn’t at all what proper Abby or Neville envisioned. The town is home to very few proper or respectful citizens which causes Neville great concern for Abby’s welfare especially when she becomes determined to work at the Gold Rush Inn. Of course, Neville will have to work along side Abby to protect her. Here they meet Cookie and Sam. While Neville tries to fit into their temporary situation, Abby is plotting ways to make the citizens of San Francisco more cultured with the exception of Marcus Denueve who is already a perfect gentleman.

As Abby learns, things are not always as they seem and not everyone needs her to fix them. Throughout the story Cookie encourages both Abby and Sam to accept people as they are, to pray and to let God do the changing that is needed. The author closes the book with an avalanche of happy endings for her cast of characters.

I received a complimentary copy of this book from Barbour Publishing and was under no obligation to post a review.
Read more
Helpful
Comment Report abuse

I found it interesting that socialite Abby Effingham travels from Philadelphia, Pennsylvania to San Francisco, California with only her trusted elder butler, Neville (who is humorous at times), as her chaperon and protector. Of course, it is 1853 and a young lady should not travel without a chaperon. I don’t think she realized San Francisco is in the middle of a gold rush and teaming with lots of gold-hunting men before she arrived. How will she adjust to her new surroundings and all it offers and will she find what she is looking for?

Samuel Harris, owner of the hotel Abby and Neville find themselves taking shelter in, and his trusted cook, Cookie, quickly became two of my favorite characters. Samuel watches over Abby despite trying not to care for her. Cookie is a sweet, mothering, godly women dishing up Bible verses along with her delicious meals. I enjoyed the historical aspects woven within the story-line and the fun facts about the California gold rush and the authors’ notes at the end of the story. A fun, heartwarming story.

~I received a copy of this book from the author/Barbour publishing (no monetary gain were exchanged), this is my honest review~
Read more
Helpful
Comment Report abuse
See all reviews