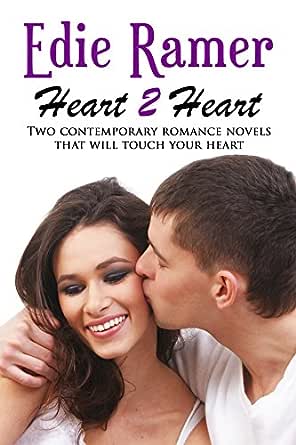 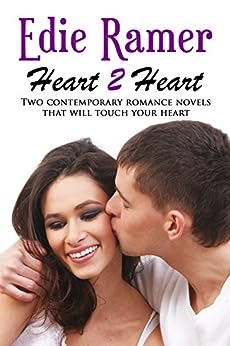 4.0 out of 5 stars
4 out of 5
85 global ratings
How are ratings calculated?
To calculate the overall star rating and percentage breakdown by star, we don’t use a simple average. Instead, our system considers things like how recent a review is and if the reviewer bought the item on Amazon. It also analyzes reviews to verify trustworthiness.
Top reviews

Amazon Customer
4.0 out of 5 stars Hearts in Motion I really enjoyed this story
Reviewed in the United States on November 20, 2014
Verified Purchase
As this is two books in one I'll start w/ the first and finish with the second.

Book 1: Hearts in Motion
I really enjoyed this story. It was sweet and cute. I really enjoyed the pet conversations. I thought it added to the story line. That said, I think things could have been fluffed out a bit more. I would've enjoyed the story being longer, putting more emphasis on the romance and the couple falling in love. As it was the story spanned a two week period and out of that two week period it seemed that the two of them spent more time apart and being angry at each other (or more specifically, she was mad at him). I just couldn't see either of them changing so much in such a short amount of time. That said, the characters and the overall plot was just plain fun. I'd have liked to see it over a more realistic timeline that would've extended the story but as this is a romance, suspend your disbelief and enjoy it for exactly what it is.

First off-This book is DEPRESSING. Not necessarily in a bad way, but after reading a somewhat lighthearted and fun book before it, I was not prepared for the heavy story matter. It follows the lead (Becky) from finding her husband cheating, through the divorce, through the grieving stages, through her (hilariously named!) hump and dump stage, and then through the death of her pregnant sister's husband and the beginning of that grieving process. Again, it was a good book and well written (emotion practically poured off the page) but it was by no means the lighthearted romance I was expecting. I want to stress that point, because had I known how heavy the plot was, I would've read it when the kids were in bed and when I wasn't PMSing! I'm glad that I read it though and I hope that the author puts out a book with Sarah (the sister) as the lead soon! I want to follow up with her and finish her story and I want to know how things turn out for Becky.
Read more
One person found this helpful
Helpful
Comment Report abuse

Vampriss74
5.0 out of 5 stars 2 Love story, lots of romance, cute conversations between cats and dogs who could ask for more
Reviewed in the United States on September 25, 2015
Verified Purchase
The first one hearts in motion came in a bundle with stardust miracle, also by Edie Ramer. Hearts in motion was a heart felt warming story with cute little pet conversations that added to the story line 2 weeks is all this couple Holden and Abby thought they could stand of each other after being thrown together because of a little child named cara. Abby wasn't looking for love but was searching for a investor for her pet furniture business to help keep her a flow and taking care of her 14 yr old sister after there parents had died. Wealthy businessman Holden who's caring for his exs six yea old daughter who's only his daughter on paper. He has Abby take care of her for 2 weeks in that time he finds out his fiancé is cheating on him and he's starting to have feelings for Abby can they make it 2 weeks without killing each other must read to find out.

Stardust miracle ( miracle interrupted series)
According to the signs a miracle is gonna happen, but Becky Diedrich the cheese makers daughter also ministers wife and good sister. Starts to feel that her life is meaningless and she's doing everything that's expected of her not what she wants to do. After finding out her husband is cheating on her at the church no less she goes to live with her sister and family and starts to see sparkles and that's just the beginning its a little of a heavy story but it has a happy ending
Read more
Helpful
Comment Report abuse

DR deLuis
5.0 out of 5 stars Bet you can't read just one...
Reviewed in the United States on August 25, 2014
Verified Purchase
Although this isn't my favorite cover design (I prefer the covers with a hint of the magic inside), I really enjoy Edie Ramer's writing style, the way pets are woven into the story lines, and the characters who remind me of people I've known. If you're ready for a good read with characters you'd like to meet, a story line that offers some surprises, and perhaps a little hocus-pocus, try this 2-in-1 offering.
Read more
One person found this helpful
Helpful
Comment Report abuse

Kindle Customer
5.0 out of 5 stars Heart 2 Heart
Reviewed in the United States on November 3, 2018
Verified Purchase
This book had two different stories in one book. Both stories were very good. I think everyone will enjoy reading these books.
Read more
Helpful
Comment Report abuse

Kindle Customer
5.0 out of 5 stars Heart 2 Heart
Reviewed in the United States on February 18, 2015
Verified Purchase
I enjoyed reading both of this short stories. Each one had me crying , laughing ,and gives you hope for the future. I really enjoyed Stardust Miracles it was full of love and hope.
Read more
Helpful
Comment Report abuse

OCC Shoebox Shopper
5.0 out of 5 stars Laughter and tears
Reviewed in the United States on April 30, 2015
Verified Purchase
Cried and cried through the second one, cleansing in a way. Made me stop and think, just wish it would make me stop and do what should be done.
Read more
Helpful
Comment Report abuse

Sioux
5.0 out of 5 stars Life's unexpectations. Unusual.
Reviewed in the United Kingdom on December 10, 2019
Verified Purchase
Good stories. Don't usually go for romantic stories but these surprised me. Most enjoyable.. Thoroughly enjoyed the reading of them. Well written.
Read more
Report abuse

Cindy
5.0 out of 5 stars Heart 2 Heart: Two Contemporary Romance Novels that will Touch your ... by Edie Ramer
Reviewed in the United Kingdom on June 30, 2014
Verified Purchase
Two delightful short stories, and how delightfully the first stories to use dialogue with the cats and dog, interesting, which might set a trend. Both stories funny, sad and sensual at times. The both stories brought out all the emotions in the reader which shows how good these two stories are.
Read more
3 people found this helpful
Report abuse

O. M. Watkins
5.0 out of 5 stars Heart 2 Heart
Reviewed in the United Kingdom on August 28, 2014
Verified Purchase
This was a great book. Two really good stories, the second story was the best. I liked all the well thought out characters who fitted in well with each story.
Read more
Report abuse

Bookcrazy
2.0 out of 5 stars Slow
Reviewed in the United Kingdom on July 18, 2014
Verified Purchase
A very slow story- did not really enjoy it- I couldn't start the second story as it started off just as boring - was not as gripping as I thought it might of been
Read more
Report abuse