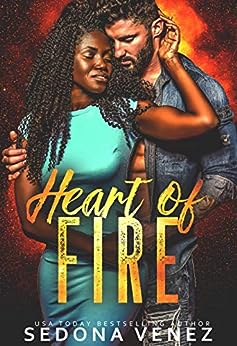 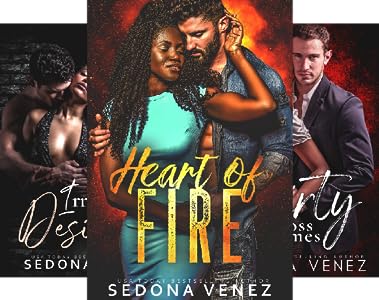 Lica N.
5.0 out of 5 stars A sweet love story💕💕💕
Reviewed in the United States on July 26, 2021
Verified Purchase
This was a sweet story of childhood friends the bloomed in to a romance❤️. Kendra came home to her small town to recover quietly from a workplace injury. She also wanted to spend time with her grandma and was not expecting to see her long lost friends Lukas.

Lukas had left without a word after the death of his mother but had returned home years later working to serve his community. When he saw Kendra the feeling's he had in his teen that was never voiced came bubbling up. He realized he had to take a chance😍.

They both had experiences from their job that helped form another bond to their already familiar friendship. Lukas took the limited time he had to show Kendra that she belonged to him. The chemistry and passion they shared was hot🥵🔥🥵. Kendra knew she had to make a decision and the internal struggle she goes through is tough but in her heart or hearts she knew that Lukas would keep her safe☺️and would protect and love her as she did him😘😘😘.
Read more
Helpful
Report abuse

Torie Paguyo
5.0 out of 5 stars Great story
Reviewed in the United States on February 21, 2021
Verified Purchase
I enjoyed this story the couple was beautiful, part of me wishes there was more to the story, a closer look into their trama and healing.
Read more
Helpful
Report abuse

Ida
VINE VOICE
3.0 out of 5 stars Sweet in its own way
Reviewed in the United States on May 13, 2020
This book was sweet in its own way, but sadly there wasn’t really anything in it for me. I mean, I’m a big romance fan and Heart of Fire sure was a romance. However, I just could not get into the story nor enjoy the relationship between the main characters as I wanted.

Considering the book is short I didn’t exactly expect an epic plot and relationship, but I did expect at least a heartwarming story with an impactful romance. I guess in a sense that’s what I got with the two close friends reuniting and reconnecting after years of separation. Both of them having gone through traumatic events on their own and having to get past that together. This is exactly the kind of thing I like to read about, especially since it is a recipe for drama and conflict as well as a strongly developed relationship. Too bad that the plot never really took advantage of any of this.

For having the plot it had the story was surprisingly drama and conflict-free. Sure, Kendra was suffering from PTSD and Lukas came from an abusive past. This however felt more like a mention in passing since neither of this seemed to impact any of the characters nor their relationship. I mean, Kendra did get some flashbacks of the shooting incident a time or two, but that was it. In between that there wasn’t much of any indication that neither struggled. The book was instead very focused on them getting it on and on Kendra’s future as a detective. Hell, Lukas traumatic past was just left as it was with no real explanation about what happened that night, why he really left without a word or what happened to his dad.

I thought perhaps his dad was somehow connected to the crimes happening in the book, you know going full circle, but that had no connection at all so Lukas trauma is pretty much as unresolved as when I started reading the book. Catching the perp did have a good conclusion though, making Kendra lock in her future and a HEA with Lukas, so all in all it ended on a good note. It also had a good note throughout the story with charming personalities (I especially liked her grandma), a sweet reunion and a happy ending.

I wanted more from the story when it came to drama and conflict, and perhaps a bit more personality from the main characters, but as it was I enjoyed it enough to give it three stars.

I received a free copy of this book via Booksprout and am voluntarily leaving a review.
Read more
5 people found this helpful
Helpful
Report abuse

Tonya111
3.0 out of 5 stars Poor Character Development, Errors Make for Disappointment
Reviewed in the United States on June 4, 2020
I had hoped for more about Lukas and Kendra as childhood friends with this story. It was a story about second chances; however, either nothing ever happened between them previously or not saying goodbye was all that there was between them.

The dialogue seemed unnecessarily vulgar at times. I'm not sure if it was merely done for shock value, but it snaps me out of a story when internal dialogue has no personality then someone says she likes the way the guy is doing something that apparently if I quote I'm flagged and blocked for "sensitivity filter."

A few mistakes take time to sort out mostly in the beginning of the book. One where she's supposed to be in her bedroom, but suddenly she's washing her hands. And before you think maybe she's got a connected bathroom, she returns to her bedroom - again. One where she's talking to her grandmother about Lukas, but suddenly we're missing a "he" pronoun so it sounds as if she's upset with her grandmother out of nowhere. At the very first few pages, a reader has no way to know she isn't mad at the grandmother. Beta reading for continuity would help this author.

The dialogue is strange as well, as mentioned. Grandmother is respectful, caring, mature, then out of nowhere point-blank asks when Kendra last had sex. Again, if it's for shock value, it works. But it also serves to make it seem as if the author forgot who's talking to whom or what the character is since the rest of the story the grandmother never again talks quite so candidly as this. My own grandmother used to ask for "grandbabies," but never asked if I was having sex. It could've worked, in other words, but lacking character development to give a reader warning or starting the character out as crude and leaving it would've helped.

The book has a unique story woven with strong themes like PTSD and life of a police officer or fireman. It is better written with a command of English language from many books I've read recently. This author has a lot of potential and a fantastic imagination, likely researched a lot for the fireman and police officer characters. That's why it was so frustrating to read passive writing and continuity errors among other problems.

To sum, good book, not entirely a beach read given heavy themes, but be prepared to be jolted out of the book in the beginning due to the overlooked aspects of writing.

I was given a free copy of this book in exchange for an honest review.
Read more
2 people found this helpful
Helpful
Report abuse
See all reviews