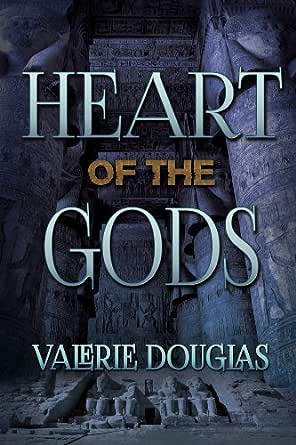 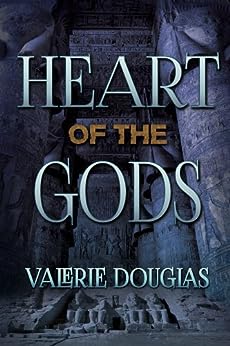 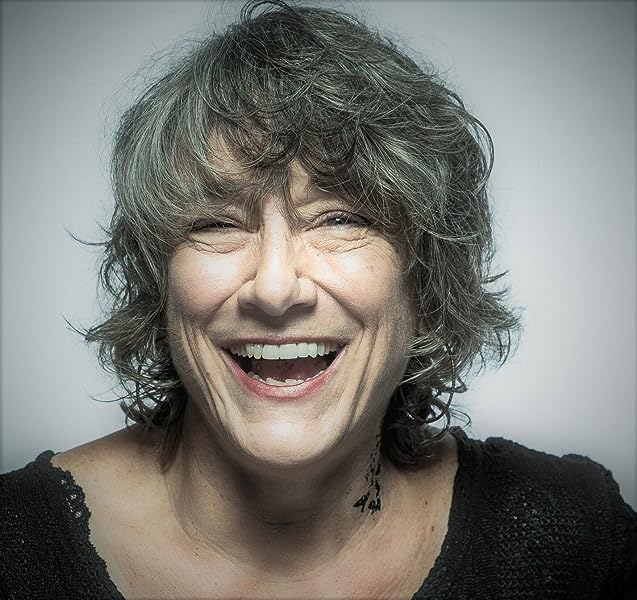 Heart of the Gods held my attention to the last page by riding on a fantastic concept, strong characters and a brilliantly quick pace. The solid ending made me interested in seeing what's in store for the next adventure. --The View from my Kindle

Torchlight flickered onthe stone walls of the immense cavern, bathing them in a soft golden glow. Itdanced over the massive figures of the Gods, giving the faces of the statuesthe appearance of expression. It illuminated as well the faces of the priestsand priestesses gathered around the stone plinth that now served as an altar.The air was pungent with the scent of burning incense. Chanting echoedthroughout the chambers, a sound that rose and fell, a low atonal hum thatresonated in the bones.
Mummification had neverbeen intended for use on the living but it was as it must be and none of themcould gainsay what was about to happen, not General Khai, nor any of thepriests and priestesses of the Gods, nor High Priestess Irisi herself. Who werethey to second guess the will of the Gods?
Irisi could not andwould not.
It was as the prophecyhad decreed however much they wished to deny it. There was no other way andthere was no other to do it, only she, warrior and priestess, could do this,however terrible it was.
She knew only that shemust accept it, without protest, willingly, if this were to have the slightestchance of success and steeled herself to face it. Even as that other below,Kamenwati, did not, he writhed and screamed in protest, in outrage. He chantedspells against them as Awan, High Priest of Osiris, Kahotep, High Priest ofHorus and Djeserit, High Priestess of Sekhmet struggled to contain him and histerrible magic. In the back of Irisi's mind she chanted the words of the twoBooks she knew so well, the Book of Life, known only to the priests andpriestesses of the temples...and the Book of Emerging in Daytime, what somecalled, wrongly, the Book of the Dead.

Tales of the legendary Tomb of the Djinn and its Guardian have fascinated Ky Farrar since a visit to the Egyptian Museum in Cairo when he was a boy. The story of the star-crossed lovers and their battle to save ancient Egypt from the dark Djinn made him decide to become an archeologist. He believes he's close to finding it―only to discover the Tomb's Guardian is all too real and far closer than he expects. What's a man supposed to do when he falls in love with a three-thousand-year-old mummy who's as lovely as she is lethal?
It's a race against time to reach the Tomb before it's opened and Djinn are released. For if they are even the Guardian may not be able to stop them.

Ancient Egypt has always fascinated me, the culture and the people. Unlike the sometimes petty and cruel gods of Greece, Rome and Scandinavia, their gods were worthy of worship. Even Sekhmet, the warrior goddess. Their egalitarian culture saw women and men as equals. Heart of the Gods is a story from that era, full of magic and wonder.... --This text refers to the paperback edition.
Read more

P. Kater
4.0 out of 5 stars A very captivating read
Reviewed in the United States on July 1, 2012
Verified Purchase
Heart of the Gods. The first book I read that mixed fantasy and ancient Egypt. And what a surprising read this made. Meet Ky Farrar, a man driven by a passion to learn about the Tomb of the Guardian that is hidden somewhere in the vastness of the Egyptian desert. A tomb that has been looked for by many and so far found by no one. Together with his team he ventures on a journey to locate the tomb. As a reward, he gets beaten up, shot at, and almost thrown out of the country. Meeting a mysterious woman who knows her way around the Egyptian culture is an extra reward. But who is this woman that steals Ky's heart?

If you want to know more about tombs, Djinns, and the old Egyptian Gods, then this fast-paced book is definitely one you should not miss.

MaryAnnReads
4.0 out of 5 stars A lot of fun
Reviewed in the United States on November 11, 2011
Verified Purchase
This book is a lot of fun. It's fast-paced and entertaining. It's not a perfect book and there are some technical weaknesses, but the plot and characters will sweep you along the way a desert wind will whip up a sandstorm.

If you're in the market for a romantic adventure (or an adventurous romance), this just might be what you're looking for.

Ky and Raissa are strong, vivid characters, and you'll easily find yourself pulling for them. (I have a particular fondness, by the way, for wise-cracking Ryan.)

AKirk
5.0 out of 5 stars Awesome!
Reviewed in the United States on June 11, 2012
Verified Purchase
I absolutely LOVE Valerie Douglas!! Her books are a have to read. I have recommended her to all of my friends, as well. I love this book :)
Read more
One person found this helpful
Helpful
Comment Report abuse

Belize
3.0 out of 5 stars Good but not great
Reviewed in the United States on October 8, 2012
Verified Purchase
This book is good but the first book was much better. This story was more about the two main characters making love than really telling a story. The action and suspense that was predominant in the first book were very lacking in this one. I would still recommend reading if you fell in love with the original story and HAVE to know what happens but overall it may disappoint you.
Read more
Helpful
Comment Report abuse

Ronald Lewis
5.0 out of 5 stars FAN
Reviewed in the United States on November 30, 2018
Stayed up way too late, again! Just finished reading this. Maybe I can get some sleep for a night of 2_,now

Linda Eble Swain
5.0 out of 5 stars A Great Read
Reviewed in the United States on October 25, 2011
Wow, combine Mummies, a mysteriously beautiful woman, a handsome archeologist and you've got the makings for a great movie .... but this isn't a movie but a fantastic book. It has all the elements of romance, intrigue, drama all mixed together to keep you on the edge of your seat. You will cheer on both Ky and Raissa as they struggle to overcome what seems to be at times overwhelming odds. If you like mystery and intrigue combined with Egyptian mummies, artifacts and a touch of Indiana Jones you'll love this book. Ms. Douglas gives authenticity as well as vivid descriptions that will take you right to the scene of the action and keep you there.
Read more
2 people found this helpful
Helpful
Comment Report abuse

Drew Stevens
5.0 out of 5 stars Definitely a must read!
Reviewed in the United States on April 20, 2011
I really liked the book. It was riveting, and played out like a movie in my mind. The story moves along at a fast pace, and it was easy for me to visualize what was going on. The movie played out in my mind like a cross between the first Indiana Jones movie and Romancing The Stone... a lot of action with a real yet surreal aspect to the storyline, but very believable. The book definitely drew me in and kept me. The characters are well defined and easy to relate to. Definitely well worth the read for someone looking for a good action story or into archaeology and ancient Egypt.
Read more
One person found this helpful
Helpful
Comment Report abuse

Aj
5.0 out of 5 stars Highly Recomended
Reviewed in the United States on March 17, 2011
Loved this book, kept me at the edge of my seat the entire time. Its time is set back in ancient Egypt. If you like books that are within that time frame you will love this one!
Read more
2 people found this helpful
Helpful
Comment Report abuse
See all reviews

Kindle Customer
4.0 out of 5 stars Nice light read
Reviewed in the United Kingdom on November 30, 2015
Verified Purchase
I enjoyed this book. It had a different slant to the usual stories about Egypt and geared towards an Indiana Jones type genre. However I'd guessed the outcome very early on in the book. Nevertheless a nice light read.
Read more
Report abuse

S. Hawker
4.0 out of 5 stars Not quite as gripping as Servant of the Gods, but a very readable second book.
Reviewed in the United Kingdom on January 24, 2013
Verified Purchase
I found the start of Servant of the Gods very disturbing, but I just couldn't put it down. Even though you knew the end, you had to follow the sad story back to the begining. Heart of the Gods starts differently and though you can guess what is going to happen, you find yourself again wanting to read it to the end. I would definately recommend this book if you have read Servant of the Gods, but not if you haven't as it would loose a lot of it's potency in the emotion department.
Read more
One person found this helpful
Report abuse

micmac
5.0 out of 5 stars Love Eygpt
Reviewed in the United Kingdom on March 10, 2014
Verified Purchase
A great sequel, another exciting read from VAlerie Douglas with this rip roaring adventure that complements the first book. Brilliant.
Read more
One person found this helpful
Report abuse

sam
3.0 out of 5 stars Wort a read
Reviewed in the United Kingdom on June 23, 2015
Verified Purchase
Quite a Goodling line mixing past and present however the love scenes were far too often and too long not to say almost repetetive. Not as good as the first book by any stretch of the imagination.
Read more
Report abuse
See all reviews