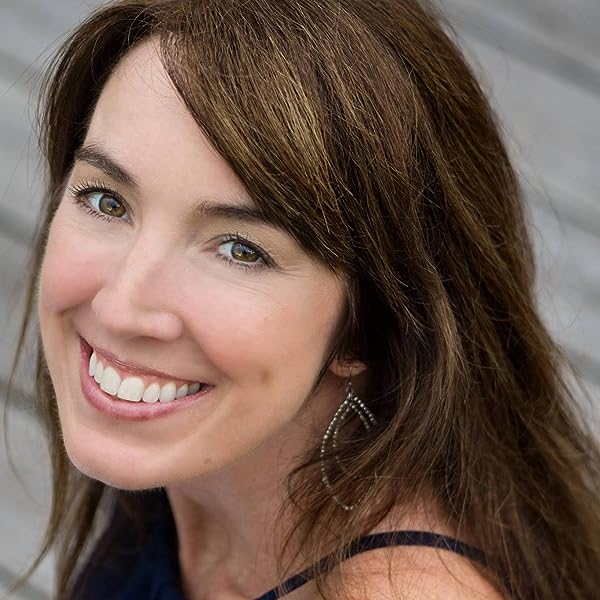 ★★★★★ "Another excellent addition to the Entangled heart series. I just adore this set and Julie's writing." ~ M. Whitworth
★★★★★ "This book has a well-written plot, outstanding characters." ~ Diane Spigonardo
★★★★★ "Just when you think Julie Johnstone can't possibly write a better story SHE does!" ~ Sassyjuju
★★★★★ "OMGoodness!! I enjoyed this book so much that I didn't want it to end!" ~ Lori DeLucia
★★★★★ "The Heart of a Highlander was a captivating and thoroughly enjoyable read." ~ Barbara Sprague
★★★★★ " I devoured this book! Hard to put down, this romance has it all!" ~ Kathy Bunbury

Julie Johnstone is a USA Today and #1 Amazon bestselling author. Scottish historical romance and Regency historical romance featuring highlanders and aristocrats are her love, and she enjoys creating both with a hefty dose of twists, plenty of heartstring tugs, and a guaranteed happily ever after.

Her books have been dubbed "fabulously entertaining and engaging," making readers cry, laugh, and swoon. Johnstone lives in Alabama with her very own lowlander husband, her two children - the heir and the spare, her snobby cat, and her perpetually happy dog.

In her spare time she enjoys way too much coffee balanced by super hot yoga, reading, and traveling.
Start reading on your Kindle in under a minute.

4.9 out of 5 stars
4.9 out of 5
77 customer ratings
How does Amazon calculate star ratings?
Amazon calculates a product’s star ratings based on a machine learned model instead of a raw data average. The model takes into account factors including the age of a rating, whether the ratings are from verified purchasers, and factors that establish reviewer trustworthiness.
Top Reviews

Sherry Tritt Holton
5.0 out of 5 stars Wonderful series addition.
Reviewed in the United States on November 22, 2019
Verified Purchase
Ava is a beauty with a fae blessing/curse. Her mom saves a fae, so they decide to bless her child, Ava, but it gets turned around and is a little bit of a curse also. The story, at first, seems to be a combination of the Sleeping Beauty and Cinderella fairy tale.
You feel so sorry for her being mistreated by not only her stepbrother, but her stepsister too. But when she gets fed up, you see a woman that has a fiery side that her stepbrother can not tame and a determination that will have you cheering for her. Her faithful dogs with intrigue you with their understanding.
William is determined to make up for his brother and father’s betrayal. He can make you want to shake him to make him wise up, but he is a hunky, sexy, lovable highlander that you can’t help but fall in love with. New Book Boyfriend!! LOL
Don’t miss this wonderful tale that guarantees a happily ever after!!
Read more
3 people found this helpful
Helpful
Comment Report abuse

PeggyC51
5.0 out of 5 stars Highland Hearts
Reviewed in the United States on November 22, 2019
Verified Purchase
The finale of Highlander Vows: Entangled Hearts series is a winner. William and Ada are front and center in the final push to thwart Steward and keep David on the throne. Ada doesn’t understand exactly what she is to do with the power bestowed upon her by the fairies. She knows that men wish to marry her to use the power. She wants to escape and find someone to protect her and love her for herself. William doesn’t care about her power, but King David does. He wants to gather information, secure a marriage to Ada to bring her power to the king, and find his brother.

Ada and William have both known loss and betrayal. Because of this, trust is hard to come by, and their romance unfolds slowly. They are a headstrong and courageous couple, and if they give each other a chance, they might just find their HEA. The villains in this story, especially Ada’s stepbrother and a rather crazy suitor, are greedy, power hungry, and dangerous. Portense and Hortense aren't villains, just the fairies who started the whole thing. They meant well. Ada and Williams did get help from friends in the castle and his comrades. This story, as the others in this series, is unpredictable and exciting. Full of action, intrigue, suspense, betrayal, danger, truths to learn, and secrets to reveal, it holds your attention from the beginning to the end.

This is a great series set in an interesting and chaotic time in the history of Scotland. Each story has an action-packed plot, fantastic characters, and lovely romance. Loved it and recommend The Heart of a Highlander and the whole series.
Read more
One person found this helpful
Helpful
Comment Report abuse

bhughesrn
5.0 out of 5 stars Fae, a beauty, and a Highlander =A magical love
Reviewed in the United States on November 23, 2019
Verified Purchase
William had been fighting for King David for two years trying to overcome the shame of his father and brother had been declared traitors to the King. After being called to the King, William is told he must marry Ada MacQuerrie, the King maker. William has no desire for a wife, but will do as his King commands. Ada MacQuerrie has had a gift from the fae ever since birth. She could care less about her gift and wants to marry for love. Her evil stepbrother, Brothwell, has decided it is time for her to marry a man of his choosing. Ada tried to escape with two trusted friends. They are caught and she is told she will choose a husband at a tournament a fortnight hence or her friends will die. She agrees. When her and William meet, they don’t understand the attraction they feel. Can’t say anymore or I’ll give too much away. This book is wonderful with characters who will steal your heart. Julie Johnstone keeps getting better and better. There are two furry beasties, Freya and Hella, that will steal your heart as well. I can’t say enough how much I loved this book. I was gifted this book and am voluntarily reviewing. I purchased a copy as well. You won’t be sorry you read it.
Read more
One person found this helpful
Helpful
Comment Report abuse

Lori Dykes
5.0 out of 5 stars A Wonderful Adventure!
Reviewed in the United States on November 22, 2019
Verified Purchase
What a heart this Highlander had.. The title is so perfect for this story! Humor, Adventure, secrets, traitors, the magical fae, evil and loyalty to fight it with a surprising attraction that drives this story throughout!
If only I could time travel back into one of Julie's stories, I would be a happy lass indeed!! What fun it would be to see to Fae sisters arguing over the gift they bestowed on baby Ada. Her mother had given her life to save one of them. Her gift would be if she chose the man she wanted to marry, then she would have the gift to make any man King! Oh yes, you see the problems that could cause!
Ada grew up and her father passed away. Then her evil stepbrother Bothwell, was trying to dethrone King David and control Ada to make a match of a man loyal to him (yes I just wanted to beat him senseless!). Then she could use her power to be the "King maker" he wanted and put the King's nephew on the throne.
William McLean is in the King's circle and a fierce warrior. But he has had to shoulder his father and brother's betrayal of the King. It has turned men against him believing he is a traitor also. But he is given a missive to go to a the tournament Bothwell was holding to chose a husband for his sister Ada. He was to make her want to choose him, so he could find out who was loyal to the King and who were the betrayers.
I have to stop because I just want to tell you the story! Julie Johnstone is an incredible storyteller who can create a setting and characters with flawless narrative full of details that flow beautifully. Incredibly Perfect. Sigh... Wait did I forget to mention the cover? Double sigh.
Read more
One person found this helpful
Helpful
Comment Report abuse

Cbarnett
5.0 out of 5 stars The curse of the King Maker
Reviewed in the United States on December 1, 2019
Verified Purchase
This was a great read. Ms. Johnstone has done an incredible job with William and Ada's story with a storyline will keep you turn the pages. William is one of the Kings best.warriors and some believe he is the traitor his father and brother are believed to be. The King summons William and gives him the task of marrying Ada Macquerrie who received a gift (and that is used loosely) as the King Maker. Ada is tired of being used by he step-brother only to activate her so called King making powers to put his father in the throne. William wins Ada and weds her but her powers are off so the bumbling fae curse begins, but in order for it to work as it should she must love and be loved by the man she weds. However, William will fight it until it is almost to late and to when her back must convence Ada it is her he wants not the gift.

This was a great read and cannot go wrong reading Ms. Johnstone's books. I received this book as an ARC for my honest review.
Read more
One person found this helpful
Helpful
Comment Report abuse
See all reviews from the United States