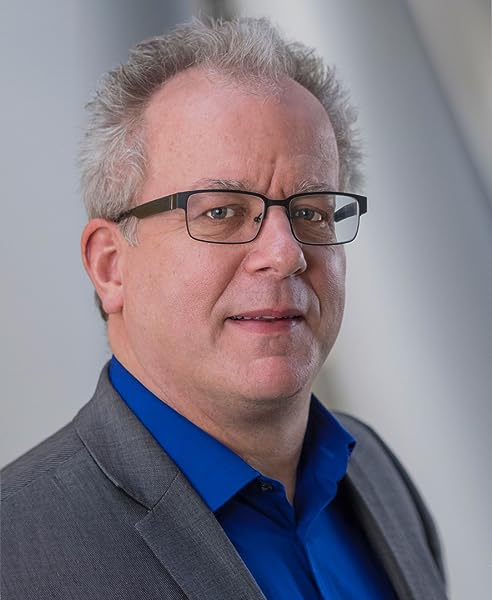 Heart of the Machine: Our Future in a World of Artificial Emotional Intelligence Hardcover – March 7, 2017

"Yonck is a sure-footed guide and is not without a sense of humor . . . [He] provides a compelling and thorough history of the interaction between our emotional lives and our technology." —Ray Kurzweil, The New York Times Book Review

"A fascinating, and sometimes disturbing, look at a rapidly approaching future where smart machines understand and manipulate our emotions—and ultimately bond with us in ways that blur the line between ourselves and our technology." —Martin Ford, New York Times bestselling author of Rise of the Robots: Technology and the Threat of a Jobless Future

“Richard Yonck’s Heart of the Machine is a fascinating speculation on the near- and far-term significance of emotions for user interfaces, machine-mediated communication between humans, and what technology and humans may become.” —Vernor Vinge, computer scientist and Hugo Award–winning author of Rainbows End

“Your world is about to change in shocking and amazing ways. The line between machines and humanity is blurring giving us a strange and beautiful tomorrow. Yonck takes us on a journey through this world from the science and technology of today and into the possibilities and perils that lay just over the horizon. If you want to catch a glimpse of the future open this book.” —Brian David Johnson, former chief futurist at Intel and founder of the 21st Century Robot Project

"[Yonck] makes a compelling argument for why affective computing (technology that can read, interpret, replicate, and experience emotions and use those abilities to influence us) is the key to AI and the heart of how we will work with computers. . . . an engaging read." —Library Journal

“Very important for any decision-maker and a must-read for corporations for planning their road map. It is also recommended to everyone who is curious enough to understand the future. Even the very near future.” —Yoram Levanon, chief science officer at Beyond Verbal Communication, Ltd.

"How we interact with technology is changing: it is becoming more relational and conversational. Yonck makes a very strong case why our devices and advanced AI systems need to have emotional intelligence, specifically the ability to sense human emotions and adapt accordingly. This book highlights key considerations both for academic researchers as well as business leaders looking for commercial applications of AI." —Rana el Kaliouby, cofounder and CEO of Affectiva

"By using the futurist’s most valuable communications tool—the scenario—to introduce his chapters, Yonck moves between anecdotes from research in affective computing and AI/robotics to speculative scenarios, all with the even hand of a skilled storyteller.” —Cynthia G. Wagner, consulting editor at Foresight Signals, former editor of The Futurist magazine

Richard Yonck is a futurist, author, and speaker with Intelligent Future Consulting based in Seattle. An award-winning author on developing trends and technologies, he has written features and cover stories for numerous publications and web sites, and is the computing and artificial intelligence contributing editor for the long-running The Futurist magazine. He has been published in Scientific American, World Future Review, Fast Company, Wired, Psychology Today, H+ magazine, American Cinematographer and the Seattle Times. He lives in Seattle.

Page 1 of 1 Start overPage 1 of 1
This shopping feature will continue to load items when the Enter key is pressed. In order to navigate out of this carousel please use your heading shortcut key to navigate to the next or previous heading.
Back
Next
Pages with related products. See and discover other items: machine vision, website design, artificial intelligence, user experience design, elon musk books, Paper Machines