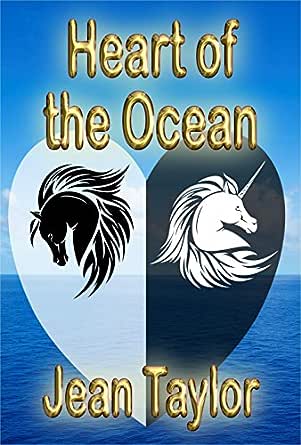 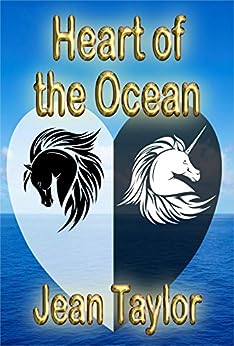 Heart of the Ocean Kindle Edition

4.7 out of 5 stars
4.7 out of 5
2 customer ratings
How does Amazon calculate star ratings?
Amazon calculates a product’s star ratings based on a machine learned model instead of a raw data average. The model takes into account factors including the age of a rating, whether the ratings are from verified purchasers, and factors that establish reviewer trustworthiness.
Top Reviews

Chris Graham
4.0 out of 5 stars A fiesty, likeable, thoroughly modern young heroine in an old fashioned fantasy world. I loved it.
Reviewed in the United States on August 8, 2015
I read a pre-publication review copy of this book and I thoroughly enjoyed it. I've been waiting patiently for publication day to be able to review it.

Though a little confusing in the first few pages (which explains it only warranting four stars), it soon gets into its stride and the confusion begins to make sense (Those early couple of pages are still entertaining though, and certainly don't bore the reader).

Although it's a sword and sorcery type fantasy, set in a mystical world that the protagonist has been transported to, (not my usual reading matter) this book is hard edged enough to keep the pages turning to the end.
The young protagonist is both fiesty and fragile, yet instantly likeable at the same time. You just want things to go right for her, and when they don't you feel like you want to give her a big hug… if you could be sure that she wouldn't turn around and give you a swift smack for the privilege.

The world that Jean Taylor has created manages to be both incredible and believable at the same time, with well formed characters that the reader will love, hate, and even identify with.
There's a structure and a geography about the place that makes it really feel like it exists. She's given it its own politics, mythologies, and morés to further enhance the reader's belief in the place. You soon begin to feel as if you want to explore it yourself.

Though billed as 'young adult', the book doesn't pander to those who only want their kids to read 'nice' stories and is quite adult in places with a nice feeling of jeopardy creeping in. It's not a kiddies book, far from it, even though the writing is accessible to all readers.
I know that I'll be looking out for a sequel, and I'm a crime writer in my sixties. There's some grown up fantasy adventure fans that I know, who will love it, and I'll certainly be recommending it to them.