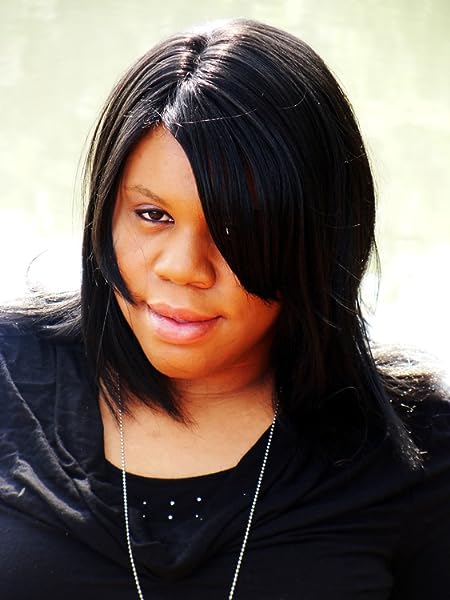 When not working on the Gardinian World Novels, Kelsey Jordan can be found playing MMOs, reading, or being generally ridiculous. She's indoorsy with an outdoorsy spirit (allergies, yo!), finds napping to be an acceptable hobby, and collects unholy amounts of paper, pens, and backpacks because who needs moderation?
Kelsey is a firm believer that you can never have too many laughs or good times. So eat the cake, drink the wine, and read good books.

ravenous reader
3.0 out of 5 stars Different in a good way
Reviewed in the United States on May 19, 2015
Verified Purchase
It took me awhile to get into this story. In fact, I contemplated not finishing the book, but my compulsion to finish what I started egged me on.It got considerably better as things moved along.

This story is about relationships and how to open yourself up to the possibilities of love. The male and female characters are strong, as one would expect from shifters. After all, who wants a weak shifter around.
Read more
Helpful
Comment Report abuse

Emi
5.0 out of 5 stars Wow....
Reviewed in the United States on November 3, 2014
Verified Purchase
.....Book two was amazing! I immediately began reading it after the first book in The Gardinian World Series, The Lycan Hunter (Loved, loved, loved it!). Read both books non-stop! I'm impatiently awaiting the release of the third in the series. Great Job Ms. Jordan... keep them coming!
Read more
One person found this helpful
Helpful
Comment Report abuse

Staci Etheridge
4.0 out of 5 stars Four Stars
Reviewed in the United States on October 28, 2014
Verified Purchase
Excellent continuation of the series. Love the well-developed world & characters. Ready for the next one!
Read more
Helpful
Comment Report abuse

The Reading Pile Book Club @ thereadingpile
4.0 out of 5 stars Interesting Read
Reviewed in the United States on March 31, 2015
The Takeover
Can you imagine a word that you knew who your soul mate was? How easy would that be? There it’s that one over there. Forget about all the heart ache at having to find that one person.

Omar James knew who his soul mate was, the problem was she was married to another man and having his baby. To get to her he had to take over the US pride. Their Tor was his mates husband, Derek and may I add a total schmuck. How Derek treated Anise while she was delivering his baby was despicable. I wanted to go through the book and strangle him myself. I had stronger words in mind however not very PG. Anise, Omar’s soul mate and married to Derrick knows that Omar is coming to take over, she is happy to see Derrick go to his death but at what cost, her sons? Omar not only has to win the take over but worse win his mates trust over her son.

The Defender:
Now imagine finding that one person for you, then losing them or not being able to have them. Maybe not knowing you have a soul mate is a way to go after all.

Tyson lost his soul mate and has not been the same since. In Tyson’s world not being with your soul mate can make you insane. In Tyson’s case insane, not really, self absorbed maybe. Ok more than maybe, he has neglected his people for way too long. It has taken a woman named Harmony to open his eyes and see whats going on around him. Is that enough though.

Omar and Tyson were strong powerful men fighting for their soul mates in one form or another Equally important the woman in their lives were a force to be reckoned with themselves even though they had gotten themselves in bad situations. Anise with the wrong man and Harmony the wrong place at the wrong time. Both not letting the situations get the best of them, which trust me once you read you wonder if they can emotionally be the same again. Heart of Rocky was not one story but two novellas together. You really did not need to read one to understand the other. The plots were well laid out with an easy flow. At times Kelsey Jordan told you rather than showed you which could get a little confusing. All in all both stories were interesting and different and I liked them, you would enjoy as well.
Read more
2 people found this helpful
Helpful
Comment Report abuse

Kathy W.
5.0 out of 5 stars Good follow up to "The Lycan Hunter"
Reviewed in the United States on July 11, 2015
This book is a little different in that it contains 2 novellas. The first one is called “The Takeover.” We met Tor Omar in “The Lycan Hunter” and he is back in the United States to claim his mate, Anise, who not only is with another man but is having his child. The father’s child, Derrick, is a mean and uncaring Lycan and will not give up his child easily. Anise is worried about the life of her son. It has been tradition for the Soul’s Mate to kill the child his mate is carrying by another. Will Omar be able to claim his Soul’s Mate and if so, will her son live?

The second book in this set is “Defender.” This story follow’s Tyson who was in “The Takeover,” the previous novella. Tyson’s Soul’s Mate was killed within minutes of meeting and now suffers the Longing which has made him very difficult to live with. While at his cabin, he comes across Harmony. She tells him that she has escaped where her and her sisters have been held prisoner. And that her older brother disappeared right before they were taken.

While these are 2 separate novellas involving the same story line, I felt the transition was slightly awkward. Trent was 9 in the first book; 18 in the Epilogue and then 12 in the second story. I love the glossary the author adds to each book, but I found it missing a few words.

To fully understand these stories, it is very helpful to read “The Lycan Hunter.”