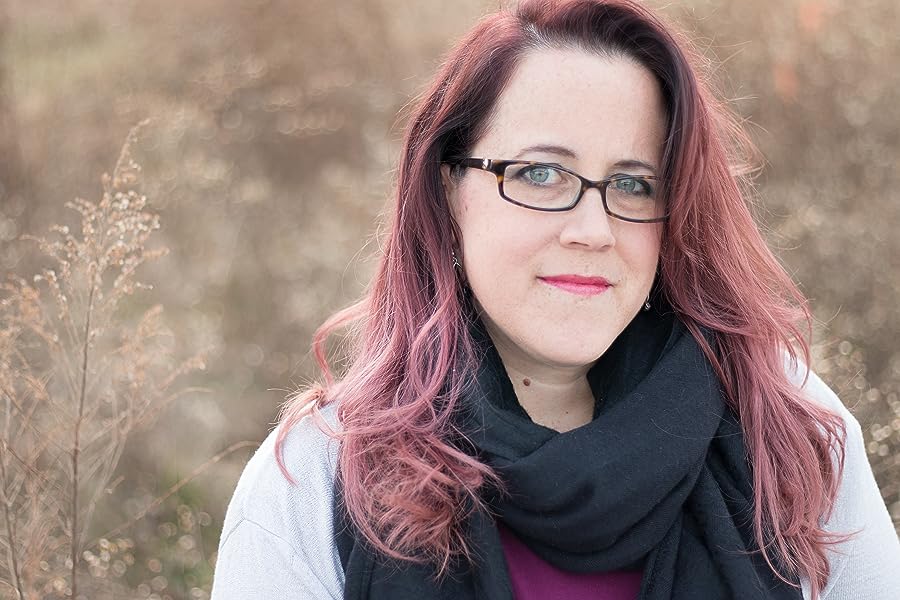 A Heart So Fierce and Broken (The Cursebreaker Series) Hardcover – January 7, 2020

"This sweeping, romantic epic repeatedly turns the tables on the fantasy tropes that readers might be expecting." - Starred Review, Kirkus Reviews

"Brigid Kemmerer blends magic, romance, and the growing specter of war in…a white-knuckle fantasy begging to be read in one sitting." - Foreword Reviews

"Political intrigue, swoony romance, and nuanced character development make for a breathless read, and a twist ending guarantees readers will line up for the next installment." - BCCB

"Action packed, deeply romantic, and . . . keep[s] readers eagerly on the hook for the next installment." - Booklist Online

"A Heart So Fierce and Broken is a perfectly paced story that fuses all the best elements of fantasy and contemporary YA, blending romance, magic, adventure and struggles with morality in a way that makes readers care about the characters. And if it wasn’t clear from the first book, A Heart So Fierce and Broken leaves us in no doubt that Brigid Kemmerer can write an epic epilogue that will instantly have you desperate to find out what happens next." - Natalie Xenos, Culturefly

"Has everything you'd want in a retelling of a classic fairy tale: a finely-drawn fantasy world, a heroine rarely seen in fiction, and a tortured hero with a secret. I have only one complaint: I wish the sequel were already available!" - Jodi Picoult, New York Times bestselling author of A SPARK OF LIGHT and SMALL GREAT THINGS on A CURSE SO DARK AND LONELY

"Absolutely spellbinding. A Curse So Dark and Lonely expands on all the beloved themes of Beauty and the Beast to create an intensely original retelling. Full of fierce new characters, wicked magic, and wondrous amounts of heart, Brigid Kemmerer doesn’t just tell a story, she builds an entire world that you will never want to leave." - Stephanie Garber, #1 New York Times bestselling author of CARAVAL and LEGENDARY on A CURSE SO DARK AND LONELY

"Heartwarming, thoughtful, and romantic: Brigid Kemmerer took me on a magical journey with this dark fairy tale about growing up, falling in love, and making impossible choices. I can't wait to see where these characters go next." - Jodi Meadows, New York Times bestselling co-author of MY LADY JANE and MY PLAIN JANE on A CURSE SO DARK AND LONELY

"I couldn't get this creative, suspenseful take on 'Beauty and the Beast' out of my head." - Sara Holland, New York Times bestselling author of EVERLESS on A CURSE SO DARK AND LONELY

"Beautifully dark, filled with wild adventure and a modern-day heroine every reader will find a bit of themselves in." - Alexandra Christo, author of TO KILL A KINGDOM on A CURSE SO DARK AND LONELY

"Fans of Cassandra Clare, Marissa Meyer, or Alex Flinn, as well as any reader looking to sink into a top-notch story with great characters, will want to read this book." - VOYA, starred review, on A CURSE SO DARK AND LONELY

"A complex, creative, and compelling reimagining of Beauty and the Beast." - School Library Connection, starred review, on A CURSE SO DARK AND LONELY

"A unique world filled with fantasy and menace . . . will leave readers anxious to see what happens next." - School Library Journal on A CURSE SO DARK AND LONELY

"A fresh twist on an old story. . . . Fans of Sarah J. Maas will be eager for this one." - Booklist on A CURSE SO DARK AND LONELY

"A must-have for any YA collection. Give to teens who enjoyed A Boy Called It by Dave Pelzer or The Perks of Being a Wallflower by Stephen Chbosky." - School Library Journal, starred review, on MORE THAN WE CAN TELL

"Readers looking for a different sort of coming-of-age story or teen protagonists grappling with complex situations will fall in love with this romance-tinged novel." - Booklist, starred review, on MORE THAN WE CAN TELL

Brigid Kemmerer is the New York Times bestselling author of A Curse So Dark and Lonely, Call It What You Want, More Than We Can Tell, Letters to the Lost, and the Elementals series. She was born in Omaha, Nebraska, though her parents quickly moved her all over the United States, from the desert in Albuquerque, New Mexico, to the lakeside in Cleveland, Ohio, and several stops in between, eventually settling near Annapolis, Maryland.
www.brigidkemmerer.com
@BrigidKemmerer

Page 1 of 1 Start overPage 1 of 1
This shopping feature will continue to load items when the Enter key is pressed. In order to navigate out of this carousel please use your heading shortcut key to navigate to the next or previous heading.
Back
Next
Pages with related products. See and discover other items: beauty and the beast books