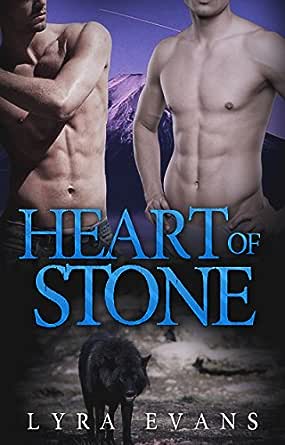 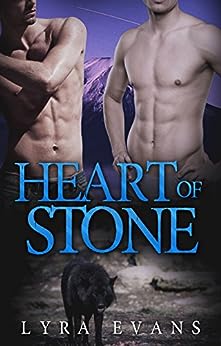 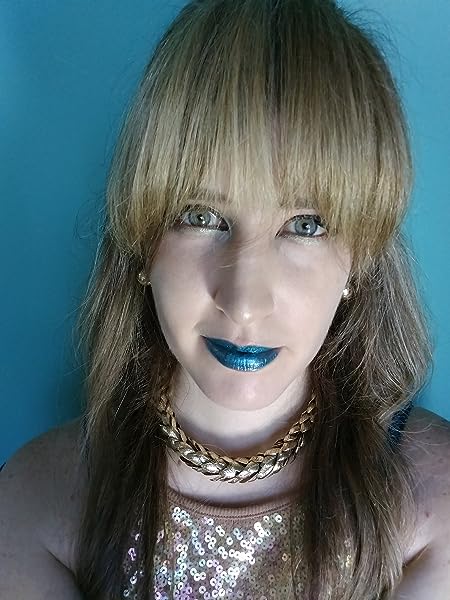 Jason X
5.0 out of 5 stars Heart of Stone has my heart!
Reviewed in the United States on April 6, 2017
This is EXACTLY what I wanted out of this series! Here's to the brilliant Ms. Evans for working a fae protagonist into the mix, while keeping the same themes going throughout. Especially all the hotness (even more so), worked into the plot so well. Kinda makes you wonder how much more complex things can get with Devon and Luke (and how much more steamy! mmm!). Having read all of Ms. Evans' work, I can say with confidence that she's getting exponentially better as an author. Each read is like a whole new world forming in an already busy world, making me feel like there's SO MUCH more to explore. Usually I wait a bit to post a review, but I am so thrilled with this book that I had to come right away... wouldn't be the first time though ;)
Read more
Helpful
Comment Report abuse

Zort
5.0 out of 5 stars Lovely and wonderful
Reviewed in the United States on July 11, 2019
I enjoyed this entire series, and this book was as good as the rest. I really prefer character study over a bunch of sex scenes (as an ace I always skip over them anyway!) It's wonderful to read about a love story and not just a lust story, and these books are perfect for me.
Read more
Helpful
Comment Report abuse

Nikki Attenbrough
4.0 out of 5 stars Awwww...
Reviewed in the United States on May 2, 2017
This was very, very sweet. Not as "exciting" with murders and mysteries as is wont with this author. But a more emotional journey between Luke and Devon.

KU Reader Extrordinaire
5.0 out of 5 stars Great addition
Reviewed in the United States on April 5, 2017
This was a great addition to the Three Courts series with a Fae lead. I really enjoyed the way these two developed their relationship through working together and helping each other so they were able to get past their troubles at the end.
Read more
Helpful
Comment Report abuse

ALM
4.0 out of 5 stars Enjoyed!
Reviewed in the United States on April 24, 2018
I really enjoyed this series. I only hope there will be more. I came across the Worth series by accident, thank goodness. I'm always looking for good stories and good authors. This is a good one!!
Read more
Helpful
Comment Report abuse

Fiona Pichler
5.0 out of 5 stars Her most character driven romance EVER ❤
Reviewed in the United States on April 6, 2017
Awwww :D
Can I just write "Awww" for the rest of the review and hope people will get what I mean? Probably not. *sighs happily*
Let me tell you about a story of a Wolf-Wizard, and a Fea that takes place in the mountain on the border of two courts:

Devon has lost both of his parents, lives alone in the mountains, and is generally wary when it comes to strangers - which is understandable as people wanted to get rid of him for most of his (especially younger) life. He's romantic, honest, and one of the most helpful people you'll come across. He likes to think that he's cold, but he's not. All his actions speak of someone who has much love to give, and willing to give it. But that doesn't mean he trusts. Oh no, trust doesn't come easy to my precious wolf-wizardy. (yes that's a word, I'm sure)

Luke. Ahh, Luke. The Fea. The Fea straight of the romance novel Devon was reading ;) I can't go into detail about his character or the whole plot will be ruined, but let me this: He's complicated. I'd like to say that I hated him, but I cared too much for him to really hate him, and in the end he did win me over, but the journey there was not easy. I have a thing against that what he does, thus I had a hard time understanding him, and his actions because they didn't match whith "what would I have done". This is absolutely my fault, and not everybody will feel this way, it just means that Lyra Evans is a great writer. She took a MC that I didn't like, and made him likeable. I hate when that happens :P But in the end, we all want the HAE, and that means fighting through everything that goes on with the characters by your side, weather the storm and at the end there'll be sunshine or so^^

The plot was not complicated - I did guess what would happen a few times, but to be honest - I didn't care. This is not a book like the Worth series. There's no great murder, no mystery, no action. It's much, much better: It's a love story. It's focus is the love that blooms between Devon and Luke, and it's delicous. There's UST, there's yearning (so much yearning *_*) there's doubts, there's anger, there's hurt, there's forgiveness and ultimately there's love. Both MC's are flawed - both have issues a mile long. But together they fit like a puzzle, and I LOVE THAT! I love character driven books, I love when I can journey along as they interact. I don't need action 90% of the time or sex 50% - I need love like this :D Also - if you're worried that that sounds boring: it's absolutely not. It's delightful, entertaining and really well written ^__^

There's double POV, 3rd person, the Mafia, a Wolf-Wizard and a Fea. and a mountain full of surprises :D What can I say? Lyra Evans's writing just pulls you in, and let's you be right there with the characters ❤
Read more
Helpful
Comment Report abuse
See all reviews