You've subscribed to Bluegrass Security! We will preorder your items within 24 hours of when they become available. When new books are released, we'll charge your default payment method for the lowest price available during the pre-order period.
Update your device or payment method, cancel individual pre-orders or your subscription at
Your Memberships & Subscriptions
There was an error. We were unable to process your subscription due to an error. Please refresh and try again. 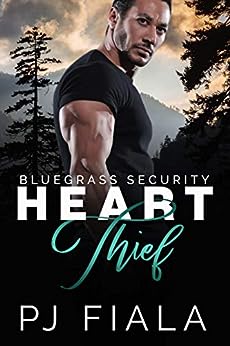 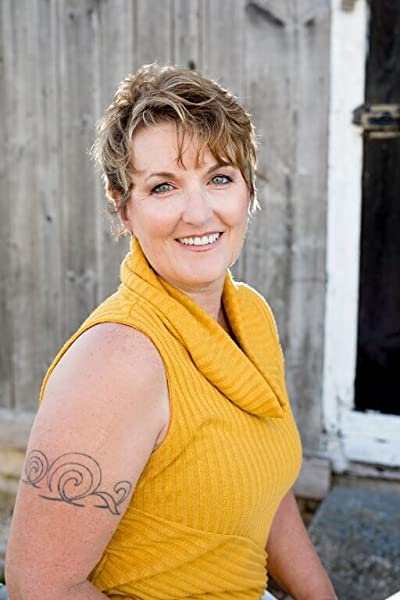 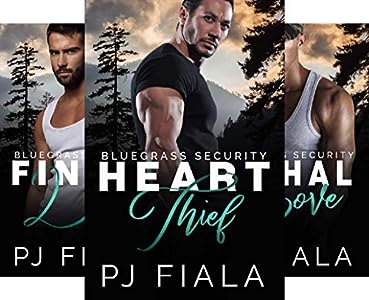 4.2 out of 5 stars
4.2 out of 5
150 global ratings
How are ratings calculated?
To calculate the overall star rating and percentage breakdown by star, we don’t use a simple average. Instead, our system considers things like how recent a review is and if the reviewer bought the item on Amazon. It also analyzes reviews to verify trustworthiness.
Top reviews

Great Dane Dame
3.0 out of 5 stars Just a nice story
Reviewed in the United States on March 22, 2020
Verified Purchase
This is just a nice story with not a lot of swearing or sex and very little of anything to be truthful. The book cover is very misleading, I don't think anyone even produced a weapon in the book. They are ex-military trying to make it in the PI/security world. He is chauvinistic and she shows him she's as good as a man. There is a little mystery of some robberies but that was so obvious and simplistic that it didn't add anything to the book except to make me think they weren't very smart at detecting. I didn't get the trumped up misunderstanding that the book was premised on, that Sage would be a male, as I have only ever known it has a female name. Something like Chris would have been better. It is a pleasant short read however, good for a read, bundled up on a sunny deck during our period of Social Distancing. The ending was quite abrupt and rather unsatisfying, almost a cliff-hanger type feel to it but as I am sure they will show up in future books, that often happens. I would have liked at least an extra paragraph or two on how he overcame in angst about moving back to his old area. I almost felt like it was geared to be a young adult book but again, I read right through it and wasn't sorry. About a 2 hour read.
Read more
6 people found this helpful
Helpful
Report abuse

Gina Marie
4.0 out of 5 stars Levi & Sage
Reviewed in the United States on June 1, 2021
Verified Purchase
Heart Thief is the first book in the Bluegrass Security Series. It’s a light (no real danger or traumatic situations) easy read (the writing flowed nicely) that introduced a fun cast of characters while bringing Levi and Sage together.
Read more
Helpful
Report abuse

Flavia Karina 💜
4.0 out of 5 stars A good way to start a series
Reviewed in the United States on June 14, 2021
Verified Purchase
An interesting plot. I liked the characters. I think maybe it needs a little more action. I will definitely read the second book.
Read more
Helpful
Report abuse

Melissa Hultz
5.0 out of 5 stars 5 STARS
Reviewed in the United States on September 4, 2019
Verified Purchase
Loved this book!! PJ Fiala tells a great story! Levi and Sage are a great H and h! Onto the 2nd book in the series!
Read more
Helpful
Report abuse

Angels With Attitude Book Reviews
5.0 out of 5 stars Great start to the new series !
Reviewed in the United States on December 10, 2019
We really enjoyed Sage and Levi's story.The betrayal to Levi has ruined his life when it comes to his relationship with women and his friendships.Sage was discharged from the army and is floundering a bit after trying to decide what is next for her when she meets Levi who is a bit of chauvinist pig.Sage has been fighting her way through life proving she is just as smart and capable at doing her job and has what it takes to be just as good as any man or better.

For Levi it was lnstant Lust/Love for these two.
I loved that that neither new what to do with it and for at every turn the green eyed monster came out and neither expected or dismissed it.
Levi and Sage definitely had chemistry and sparks but, Levi problem is he is always letting his past interfere with what could be.

I loved that Levi picked a strong women to be with and Sage is know wilting flower and will not settle for only a part of Levi she wants it all and clearly deserves it.I found her to be funny and smart and a bit of a character but, she suffered from a few insecurities as well but, we loved that she was working on herself and making changes and we loved seeing the improved more confident Sage. We just loved her right from the beginning.

I have to say that we loved Levi as well even as he was a bit broken but, definitely sexy as sin and smart and intelligent and he had a great group of friends that we enjoyed getting to know as well.

Overall we really enjoyed the story as it was cute and sweet and the story had a great cast of characters.The story was a simply one but, it let you get to know all the characters better in this brand new series as we learned something about each and everyone of these guys.

Stevie and Mac story was a steamy one.This one was another instant Lust/Love kind of thing and these Security Guys do fall hard and fast.Mac was another who was burned in the past and is pretty much the love and leave them type until he meets Stevie and she gets under his skin.

Stevie she was a hoot I found her to be funny and smart and loving and a bit of standoffish but, she is dealing with being burned as well so they make the perfect pair.Both characters had amazing chemistry and were perfect for one another.

Overall we enjoyed the simple plot and the love story even though it took a bit for the both to work through their insecurities and of course we loved seeing Sage and Levi and Chuck and Dirk and the rest of the crew as well.We loved the amazing friendships they all had together.

We loved Chuck and Nita's story as it was super sweet and a bit complicated but , we already had a soft spot for Chuck as we found him always to be funny and outgoing and someone who always just live fully although simply.

We really loved getting to know Nita she was a bit of a spitfire and a women was just as beautiful on the inside as she is outside.

Overall we enjoy the super sweet romance story that was a bit complicated but, brought two people together that certainly deserved one another.This story was a bit of an emotional one as Chucks tasked at finding a dog serial killer and if you a pet lover you clearly will effect you emotionally.

We are thoughtfully enjoying and loving this entire series and its characters.It's 5 stars from us for each story in this on going series so far.

Carma Rey Klaja
5.0 out of 5 stars Great first read from a new to me author
Reviewed in the United States on August 13, 2019
4 ½ solid stars for this first book in a new series, Bluegrass Security. Levi and Sage are both ex military at different points of their lives. Sage has had to start over after spending all her savings on caring for her ailing father, then paying off his debts upon his death. She agrees to take a 2 week job, sight unseen, to try and start building her nest egg again to open her own security company.

Levi has been hiding out in Sapphire Falls, Nebraska after his wife divorced him to marry his best friend while he was overseas. Taking an IED while deployed pretty much solidified his never being normal again. His body aches every day and he can’t get around as well as he once could. He is happy to have a new guy starting at his security firm for the next 2 weeks. Hmm maybe he shouldn’t have assumed Sage was a man.

Sage and Levi start off on the wrong foot but quickly realize they have a mutual attraction to one another. Sage isn’t looking for a relationship and neither is Levi, he is still living in the past. When thefts start occurring in their small town, the company is called upon to investigate and set up security cameras to try and catch the thief. Will they be able to work together effectively or will their attraction make things awkward?

When Dirks and Sam head into town as well, things start to get interesting. Dirks and Sage have history as do Sam and Levi. But it’s the former that has Levi’s emotions all up in arms. He can’t be falling for Sage, can he?

This is my first read by the author, though I have quite a few on all my TBR lists. Apparently this is a book that was previously published with the title “We’re going to make it” as part of the Sapphire Falls Universe series. I’m not sure if this was a publishing issue, looks to have been part of the kindle world era, or what. That being said I never read the previous so it was new and fresh to my eyes. I voluntarily read and reviewed an advance copy without expectations. Overall, I loved the story line and can’t wait to read more about this new fabulous foursome and all their shenanigans. I’m hoping Chuck made the move with them from Sapphire Falls to make that a fivesome, I believe the description coming in the blurb from Sam’s book describes him so fingers crossed.
Read more
One person found this helpful
Helpful
Report abuse
See all reviews

Pol
5.0 out of 5 stars Great start for this series
Reviewed in the United Kingdom on May 21, 2021
Verified Purchase
I found this book very interesting and the characters cleverly drawn together. The storyline was concise with a great amount of information neatly written.
Thoroughly enjoyable and recommended.😁
Read more
Report abuse

LouiseXU
5.0 out of 5 stars Hurt!
Reviewed in the United Kingdom on June 24, 2021
Verified Purchase
Just finished reading this book. Good story with a few different angles in it. Finished perhaps a little quickly, but I still enjoyed it and will be reading the next one.
Read more
Report abuse

Kris
3.0 out of 5 stars Love a first book in a series
Reviewed in Australia on January 5, 2021
Verified Purchase
It means that there is more to come. Felt a little flat at the end because it seemed to have little substance but still a good read
Read more
Report abuse
See all reviews