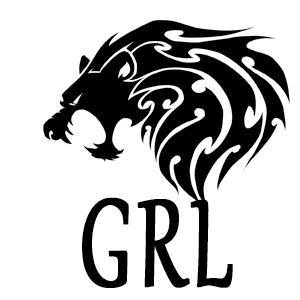 Heavens Aground (Treble and the Lost Boys) Paperback – August 24, 2018

R Keebler
4.0 out of 5 stars Second book Im series
Reviewed in the United States on August 24, 2018
Verified Purchase
Riley works for an insurance agency. Solving cases that might be murder. He works with his boyfriend Vic. He cheats on Vic fairly often. Even though he loves Vic, he doesn’t get what he needs from their relationship. He has nightmares that incapacitate him. When he’s upset odd things happen around him. Vic believes it’s because Riley has magic. They get a cold case to investigate.

A young boy, Asher, disappeared many years ago and his uncle wants them to see if they can find any new information. When Riley finds Asher he knows this is the man he’s meant to be with.

When Riley hurts Asher he realizes that to save his sanity and keep Asher in his life, he has to deal with the issues of his magic. This search irrevocably changes his life.

Riley’s cheating really compels the story. He’s not a likable hero. He justifies it by thinking Vic can’t give him what he needs but he knew that going in. The magic and it’s ramifications round out a well done story. I would of liked to see more about Riley’s group Treble though. Second book in a series. It’s ok as a stand alone but reading the first book adds to the story.

Debbie
5.0 out of 5 stars Amazing read
Reviewed in the United States on August 30, 2018
The author has done it again! He’s sucked me in, and I need the next book yesterday. I absolutely love these characters in this series. The author tells such a story that your heart just aches until the end. The reality of what some of these characters go through, to this day, still breaks my heart. Being a woman, I will never understand what a gay man goes through just for being gay, but my heart aches so much anyway. I loved my children unconditionally, and it blows my mind that there are parents that do not.

Now to talk about the characters without giving too much away. This second book has a lot of little twists and plots that I sure don’t want to spoil anything for you.

Vic and Ryley have been together for six years, but Ryley can’t stop cheating on Vic. But Vic will not have sex with Ryley. Ryley has terrible nightmares about lots of blood in his hair and lungs. Vic is very good at calming him down after one, but it’s not enough for them to stay together and Vic moves out.

Ash was pushed off a boat by his own father 15 years ago and survived. He’s been reliant on himself for shelter and food but he’s not had any human contact for all these years. Ryley has been investigating this case as of recently, and Ryley had found a clue, so he traveled to this island by himself. It blew my mind how Ryley introduced himself to Ash.

They bring Ash home and try to introduce him to humanity again. This is not an easy task, as you can only imagine. Ry and Ash have a great connection, and Ry wants to be faithful to him. Weird. But every time they have sex, the lights go crazy, and Ash ends up in some kind of pain. Vic had told him about the lights before, but Ry wouldn’t listen. It isn’t until a tragedy happens that he finally listens.

Will Ash get accustomed to society? Will Ry actually be faithful to Ash? Why won’t Vic have sex? So many questions and so little answers. This is an intense read. Well, it was for me. I hope you enjoy it as much as I did. I apologize if this review seems vague but like I said, I don’t want to give away any spoilers.
Read more
Helpful
Comment Report abuse

JayReads
5.0 out of 5 stars A Picture-Perfect Depiction of Friendship Despite All Odds
Reviewed in the United States on August 31, 2018
Heavens Aground, by G.R. Lyons, is a picture-perfect depiction of friendship despite all odds, self-discovery and acceptance, and the atrocities enacted upon those who don’t fit the “normal” mold. As events unfold you face the unforgivable while experiencing forgiveness, love, and unflappable friendship. Although this is a continuation of the Treble and the Lost Boys series, Heavens Aground can be read without first reading Ice On Fire.

Let’s introduce the three men in Heavens Aground:

Ryley (Ry) Skye, is a band member of Treble and the Lost Boys and an insurance agent (similar to what we call a detective) for Sturmwyn Insurance. His specialty is dead bodies. Ryley is able to get to the root cause of a particular death, bringing justice when needed. He is impulsive, spontaneous, and outgoing. Because he acts first and thinks later he is prone to rash decision-making.

Victor (Vic) Lucius, is also a band member and insurance agent, whose specialty is removing children from abusive situations. Vic is a planner, straight laced, and tends to appear uptight. He is also the most loyal friend one could possibly have.

Asher (Ash) Arden, is a case brought to Vic and Ryley by his uncle, Gregor Arden. Asher has been missing for almost thirteen years, but Gregor has not given up on finding the lad. The circumstances leading to his disappearance are “fishy.” His past gives him a unique perspective on life, which could be tainted, resentful, and unforgiving. Instead he is strong, understanding, and a beautiful person inside and out.

Both Ry and Vic have a past and Heavens Aground reveals the horrors Ry has suppressed since early childhood. Ry suffers from dark and menacing nightmares, and uses counting, “inhale one, exhale two, inhale three,” to control his fears. Vic, and later Ash, seem to be the only people who can center Ry during his attacks. Vic’s past is left a mystery, with only glimpses provided; he will most likely be the center of Treble and the Lost Boys, book three.

I see Heavens Aground in two parts:

First, we have the investigation that finds the missing Asher Arden. This takes our guys to Erostil where, in the words of Ry, there is “’So. Much. Dick.’”. The people of Erostil attach no shame to the body or its needs. Everything, including human intimacy, is on display. What a temptation for the spontaneous Ryley Skye. It is during the investigation and discovery of Ash that the horrors wrought by Silas Arden, Asher’s own father, are revealed.

Second, is the self-discovery on Ry’s part, of his mage abilities and his journey learning to control his powers. In order to be successful he must first remember the bloody events encountered during his youth and their acceptance. Here Ry lets go of the past, disengages from Vic on a personal level, and moves forward with his soulmate, Ash.

Reading Heavens Aground, we navigate mystery, hatred, murder, infidelity, friendship, love, self-acceptance, and coming out (as mage in this case). There are dark times along with the joys of just living in the moment. Yet it is never overwhelming. The characters (most anyway) take your breath away with their compassion, strength, and ability to accept their transgressions.

The fact that Heavens Aground takes place in a fictional world only adds dimension to the story. There is a glossary provided by the author but, given the proficient storytelling, I didn’t find a need to reference it. It goes without saying I totally loved Heavens Aground and am looking forward to reviewing Vic’s story when it is available. Soon I hope!
Read more
Helpful
Comment Report abuse
See all reviews

Rowan
4.0 out of 5 stars One To Enjoy
Reviewed in the United Kingdom on August 28, 2018
Verified Purchase
I throughly enjoyed this book but I must confess I really should have read book one first though it says that this can be read without doing so. Ryley and Asher are beautiful together, but Vic is one of the dearest people out with his caring and kindness. Looking forward to reading more about Vic in book three but I’m going back to read book on now 🤪
Read more
Report abuse

Faye K
5.0 out of 5 stars A MUST READ.. BRILLIANT
Reviewed in Australia on August 30, 2018
Verified Purchase
OMG.. Book Hangover.. G.R. Lyons has got to be the most amazing writers out. This is a Fantastic book to the series, easily read and the characters pull you into there story.  Ryley and Vic were just not meant to be together but when a mystery leads them to Erostil they make a great team.  OMG  I loved when Ry landed on the Haunted Island lol  perfect.. Ryley finds love when he lest expects it. Everything is this story is .......I've no words. Except to say THIS IS A MUST READ..💖💖💖💖
Ryley was having bad dreams or do he thought. His house was a organised kayos of his investigative work in the insurance company and life. Ryley has a boyfriend Vic, but he wasn't sure if he knew Ry was cheating on him.
Vic worked next to Ryley in the company but focused on children who needed help.
A side investigation job to find a missing boy, Asher from years ago by his uncle is a mystery they needed to solve.
Read more
Report abuse
See all reviews