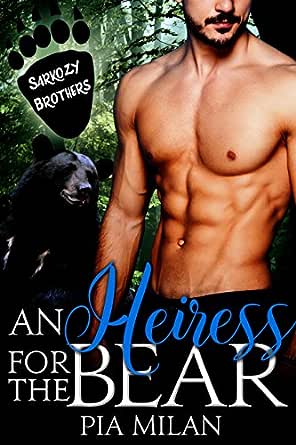 You've subscribed to Sarkozy Brothers! We will preorder your items within 24 hours of when they become available. When new books are released, we'll charge your default payment method for the lowest price available during the pre-order period.
Update your device or payment method, cancel individual pre-orders or your subscription at
Your Memberships & Subscriptions
There was an error. We were unable to process your subscription due to an error. Please refresh and try again. 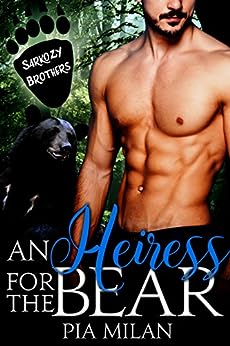 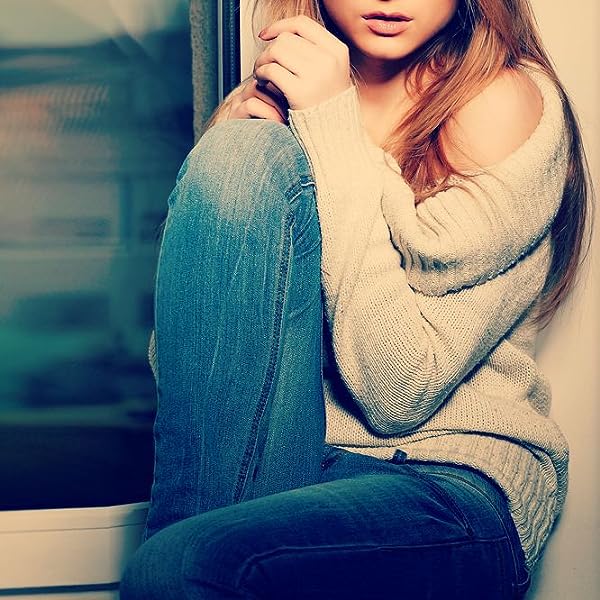 An Heiress for the Bear (Sarkozy Brothers Book 2) Kindle Edition 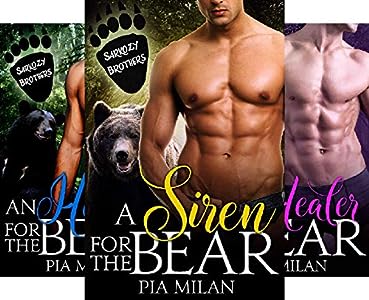 The Salem Shifters Series- Must be read in order, series is complete
Luck of the Bear
Bearly Lucky
Luck Be a Bear

irene
3.0 out of 5 stars Lots of sex but little substance
Reviewed in the United States on June 23, 2016
Verified Purchase
In both this and the first book, we get a very clear sense of who the heroine is, but less so of the hero. Kat is very clearly defined and we know what drives and motivates her. For Lucas, it isn't that clear. Why does he do what he does? How did he start getting involved in the kind of cases his law firm specializes in? I'm also not sure there is such a thing as a "pro bono law firm". Law firms may take on occasional pro bono cases, but they still need regular clients in order to pay staff and cover overheads. Otherwise, any staff who joined would always be aware there was a chance they wouldn't get paid if the donations didn't come in.

Anyway. The timeframe in this book overlaps the first, and Kat is roommate as well as best friend to the heroine of Book 1, so there are some references to what happened in the first book. I think a reader wouldn't be lost if they hadn't read the first, because those events are not crucial to this story. But it might be clearer if you were to read Book 1 first.

So Kat wears Armani suits to work but apparently nobody at work notices this or wonders where she gets the money to buy them. Ok. She's in the society pages off and on due to her family's fame, but she puts on a pair of glasses and somehow nobody recognises her. Ok. She's an heiress to a ridiculous amount of money -- something which is apparently common knowledge -- but has no security detail and also apparently lives in an ordinary place with no special security measures. Ok.

I think the biggest problem for me was that the author tried to portay Kat as a strong character, yet whenever Kat got close to Lucas, she was weak. You know, that "he touched me and my brain switched off" thing. She kept on thinking, "This is wrong, he's my boss," but never tried to stop him. It also didn't sit well with me that Lucas, as the boss, was the one always pushing her and driving their sexual encounters, and he never once reassured her that her job was safe or that whatever happened between them was separate from the job. As a lawyer, he seemed singularly unconcerned about the possibility of getting sued for sexual harassment. And that scene at the donation party/ball? That was just tacky, I felt.

So lots of sex, sex, sex, somewhere in the middle of that Lucas realizes she's special, he tells her what he is, she tells him about her inheritance, blah blah the end. I'm still more interested in the other plot threads than the main plot, and we still don't have any explanation of the Legion. Or how/why the Sarkozys figure the relic they're looking for will help to break the curse. But at least we now know exactly what the curse is, and how it came about. Even that explanation wasn't very clear, since the person who cursed them must have had some kind of power, but Lucas doesn't say anything about her. I can't believe Kat didn't ask.
Read more
Helpful
Comment Report abuse

ladycolor7
5.0 out of 5 stars An Heiress for the Bear
Reviewed in the United States on February 15, 2018
Verified Purchase
First let me state, I received an Advance Reader Copy, (ARC), but this in no way influences my review. I always leave an honest review.

Wow!!! I really enjoyed this story very much. This story was a quick read for me because it flowed so smoothly. If you read book 1, then you'll know this story is about Carson's, {from book 1} BFF, Kat. Kat inherit billions $$$ from her grandfather. She doesn't want the money or problems thst go with it. She's a pro-Bono lawyer who's nerdy, yet hot & sexy. Her boss, Lukas, a bear shifter, is HOT, & things heat up between them. This is the second book in this series. I recommend this read. 5 Thumbs up
Read more
Helpful
Comment Report abuse

Stephanie Pittman
5.0 out of 5 stars I want a Bear Shifter
Reviewed in the United States on February 6, 2016
Verified Purchase
Loved this book looking forward to reading more from this author. The hero OMG hawt ain't a good enough word for him. The man is a sexy beast for sure. The herione is one tough cookie.... I love her. The suspense is just right and the she-heifer that thought she would get the hero.....Oh well suga better luck next go round....Or not. Recommending to anyone that loves a good paranormal romance.
Read more
Helpful
Comment Report abuse

Nicole H. Vela
5.0 out of 5 stars Follow up...
Reviewed in the United States on July 2, 2016
Verified Purchase
It was like a simultaneous rendition of book 1 and 2. But it wasn't loved Kat and Lukas story as much as I loved book one. The writing and characters are endearing. Can't wait for more!!!
Read more
Helpful
Comment Report abuse

julie berwanger
5.0 out of 5 stars Sarkozy Brothers series books 1-3
Reviewed in the United States on November 5, 2017
Verified Purchase
I just want to say how much I enjoyed this series, and want to know if there will be more to come, as I will be definitely buying them. Thank you for the great stories.
Read more
Helpful
Comment Report abuse

AJohnson072007
5.0 out of 5 stars Loved it
Reviewed in the United States on January 23, 2016
Verified Purchase
I loved the book and the Sarkozy men and can not wait for the next one. So much more to come and I can not wait
Read more
Helpful
Comment Report abuse

Shenderson09
5.0 out of 5 stars Great story!!!
Reviewed in the United States on April 27, 2016
Verified Purchase
Really enjoyed this second book in this series... Well written with great characters!!! On to the next book!!! Definitely worth reading....
Read more
Helpful
Comment Report abuse

Louise Jewell
5.0 out of 5 stars Inspiring
Reviewed in the United Kingdom on October 10, 2018
Verified Purchase
Lucas and Kat’s story is a heartbreaking read. She hid her inheritance from him and he hid from her that he is a bear shifter. Lovely storyline. Great storyline. Recommend anyone to read.
Read more
Report abuse
See all reviews