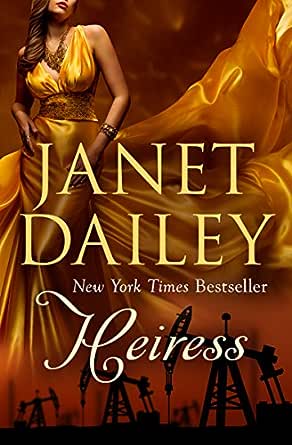 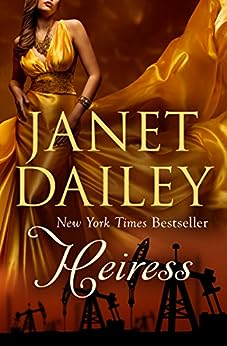 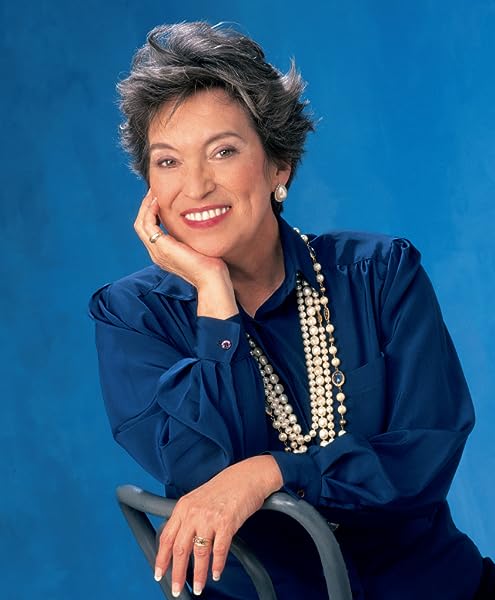 Abbie Lawson didn't know about Rachel Farr until their mutual father died, but the revelation explains everything. Her father had never really loved her; she was just a substitute for Rachel, and Rachel was no less resentful of Abbie. The two women had one thing in common their passion for Arabian horses. When both pursue the same goal of an Arabian breeding farm, they set themselves on a fatal collision course. Shelley Thompson has a more than competent Texas drawl and is as easy with sophisticate as she is with farmhand. Unfortunately, her skills only serve to illustrate the tiresome nature of the story and its two-dimensional characters. Nevertheless, with several romances, little sex, and less profanity, this is a good selection for the older set who remember Dailey (Calder Pride) in her heyday. Recommended for large popular fiction collections. Jodi L. Israel, MLS, Jamaica Plain, MA
Copyright 2001 Reed Business Information, Inc. --This text refers to an alternate kindle_edition edition.

In her 13th novel, Dailey (Santiago Blue polishes her popular style to a high sheen. Born into a wealthy Texas family, Abby Lawson grows up on the beautiful, sprawling ranch where her father Dean breeds Arabian horses; in California, her illegitimate sister Rachel aches for the father she rarely sees. After the two square off at Dean's funeral, Abby's initial anger turns to shock when she finds Rachel has inherited while she and her mother not only are saddled with debts but lose their home to the interloper, who marries well and promptly sets out to duplicate the life her half-sister has enjoyed all along. The bitterness between the two escalates yearly as they cross paths and swords, using husbands, lovers and children as ammunition in their war. Dailey doesn't hesitate to make full use of the cliches of the commercial fiction genre, but her wit, imagination and creation of a sardonic male romantic lead constitute solid entertainment. First serial to Cosmopolitan; Doubleday Book Club main selection; Literary Guild alternate.
Copyright 1987 Reed Business Information, Inc. --This text refers to an out of print or unavailable edition of this title.

The complexity of [the sisters'] relationship fascinates....[Dailey] moves her story ahead so purposefully and dramatically...readers will be glad they've gone along for the ride.

This is a good selection for the older set who remember Dailey in her heyday.

-- "Library Journal" --This text refers to the audioCD edition.

Janet Dailey's first book, a Harlequin romance, was published in 1976. In the thirty-plus years since, she has written more than ninety novels and become the third-largest-selling female author in the world, with three hundred million copies of her books sold in nineteen languages in ninety-eight countries. Her bestsellers Masquerade, Rivals, and Heiress have all sold more than one million copies each. She is known for her strong, decisive characters, her extraordinary ability to re-create a time and place, and her unerring courage to confront important, controversial issues in her stories. All of her novels are meticulously researched, an endeavor she shares with her husband, Bill Dailey.

Shelley Thompson has over one hundred radio productions to her credit, while her stage work includes The Memory of Water, Love on Main, Drinking Alone, and Shakespeare Unplugged. Among her television appearances are Red Eagle, Drop the Dead Donkey, EastEnders, and the lead in Mike and Angelo. On film she has been seen in When Innocence Is Lost and Just Like a Woman.

mplexity of [the sisters'] relationship fascinates....[Dailey] moves her story ahead so purposefully and dramatically...readers will be glad they've gone along for the ride."
CHICAGO SUN-TIMES
They meet at their father's funeral, two beautiful women who could almost be twins. Abbie Lawson is the gently bred daugter, raised in the lap of luxury. Rachel Farr is the love child of Dean Lawson and a fiery artist. Rachel's life has been modest and lonely--until now. For the father's death will set off a fierce competition between the sisters, and the stakes are nothing less than all that is Texas at its most magnificent--its oil fields, its Arabian horse farms, and its extraordinary men--men who will love two women who should have been the best of friends. Instead, they are locked in a battle to prove whom their father loved best by fighting to inherit his legacy.... --This text refers to an out of print or unavailable edition of this title.
Read more

4.0 out of 5 stars
4 out of 5
35 global ratings
How are ratings calculated?
To calculate the overall star rating and percentage breakdown by star, we don’t use a simple average. Instead, our system considers things like how recent a review is and if the reviewer bought the item on Amazon. It also analyzes reviews to verify trustworthiness.
Top reviews

Kindle Customer
5.0 out of 5 stars Heiress
Reviewed in the United States on November 27, 2018
Verified Purchase
Wow Wow Wow! Such a good book. As you are reading, along comes another twist that you didn't see coming. Two women, turned out to be sisters, with the same dad. So many issues but you just kept reading. Highly recommend.
Read more
Helpful
Comment Report abuse

Idolleo 64
5.0 out of 5 stars One of Janet Dailey's best IMO
Reviewed in the United States on December 15, 2017
Verified Purchase
I originally owned a hardback copy of this book when it first came out. I loved it then, too...the plot, the rivalry, the horses. My copy got lost during several moves so I'm glad to get one of my favorites again as an eBook.
Read more
Helpful
Comment Report abuse

Jolee Layton
5.0 out of 5 stars The mistakes of a father come home to ruin a life.
Reviewed in the United States on November 22, 2013
Verified Purchase
Truly enjoyed this story of two girls so miss led into hating each other because of the selfishness of a father. Sometimes enlightenment comes too late to make amends.
Read more
3 people found this helpful
Helpful
Comment Report abuse

kay
5.0 out of 5 stars Good story
Reviewed in the United States on September 7, 2017
Verified Purchase
It was a wonderful read.
Read more
Helpful
Comment Report abuse

Anji
4.0 out of 5 stars Very enjoyable
Reviewed in the United Kingdom on June 6, 2017
Verified Purchase
A predictable story line that went at a good steady pace. For me it made for a good read on the beach.
Read more
Report abuse

Amazon Customer
1.0 out of 5 stars waste of money!
Reviewed in Canada on May 18, 2016
Verified Purchase
ordered this as a kindle book & the printing is so small I cannot make out any of the words of all! I have never run across this with any other kindle book I have ever ordered (there have been many). what a waste of money!
Read more
Report abuse

Kathy Vodden
4.0 out of 5 stars A Great Read
Reviewed in Canada on April 7, 2015
Verified Purchase
I have been a big fan of Janet Dailey for years and this book was great as always. Sorry when the book ended.
Read more
Report abuse
See all reviews