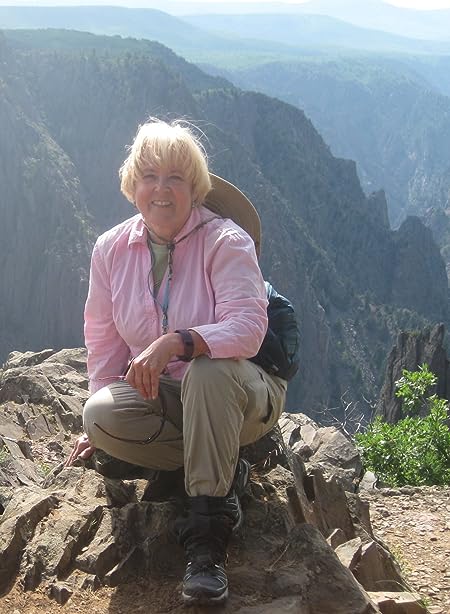 Helen T. Doan was born in Niagara Falls, Canada, the only daughter in a family of four children.

She married a customs officer, and had a son. Following her husband's death, she enrolled in a journalism-print program. She received two highest standing awards, the E. W. N. Morgan award for outstanding quality, the Governor General's academic medal, and was named college valedictorian.

She was a lifestyles writer and editor for her local daily newspaper, and later taught English for two years at a private academy on Geoje Island in South Korea. "For the first few weeks, I would be teaching a class, and the girls often would come up to me to touch my blonde hair and my jewelry," she says.

Combining her love of writing and her newspaper background, she decided her final assignment would be to have her classes create newspapers, whereby the students wrote news and sports stories; created advertisements, comic strips, and crossword puzzles; and even devised questions and answers for an advice column. "I was surprised not only by the quality of their writing, but also by that of their artwork," she says.

Since childhood, creative writing has been her love, and over the years she has honed her craft. Passage of Time is her initial book in a planned time travel/historical romance saga featuring Kate Hunter and Nathan Walker. "I hate to call them characters. Because I knew so much about them before I commenced writing, they soon became real people to me," she says. 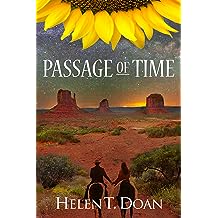 Passage of Time Oct 5, 2018
by Helen T. Doan
( 5 )
$0.99
KATE HUNTER knows there must be another explanation for why her adoptive father bequeathed her a Pandora’s box of items that suggest he murdered someone. So she intends to use her FBI background and twenty-first-century technology to prove him innocent of any wrongdoing, but the plan runs amuck when she is somehow transported back in time to the year 1857, which lacks the modern resources she needs. Her life is further complicated when she becomes the hostage of handsome, blue-eyed NATHAN WALKER, a Cheyenne war chief who believes in vision quest dreams, especially the one foretelling the arrival in his life of a woman possessing a pendant with unique fire and ice stones. Will a love that transcends time be enough to keep Kate and Nathan together? Set in the American west at the start of the Indian wars, Passage of Time (93,000) is about finding one’s true self while facing impossible choices.
Read more
Other Formats: Paperback