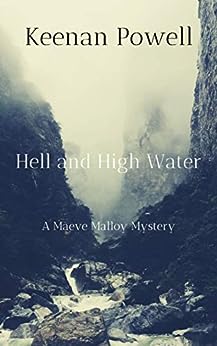 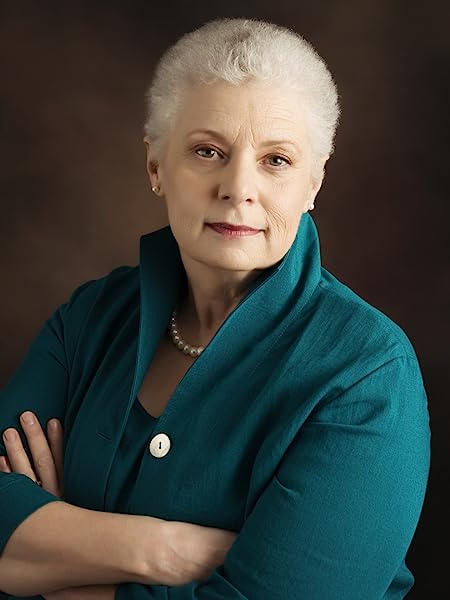 "Hell and High Water is part closed room mystery, part wilderness adventure, and part hard-boiled reluctant hero. World-weary Maeve Malloy must uncover a killer from a handful of suspects and avoid becoming a rampaging bear's next meal. Keenan Powell is at the top of her game!" - Matt Coyle, Anthony Award Winning Author of the Rick Cahill mysteries

"Nuanced characters and an edgy atmosphere in Hell or High Water will keep you up way past your bedtime. You'll want to add this book and the rest of the Maeve Malloy series tops on your to-be-read list. - J.D. Allen, Author of the Sin City Investigation Series

"Continuing to build after a strong start, Powell turns her beady eye and compassionate heart towards the corrosive nature of old secrets and the dangers of reckoning with the truth at last. Maeve Malloy's third outing is atmospheric, gritty and completely satisfying." - CATRIONA McPHERSON, multi-award-winning author of STRANGERS AT THE GATE

Cyn
5.0 out of 5 stars Fantastic
Reviewed in the United States on June 28, 2020
Verified Purchase
Danger lurks both inside and outside of the remote lodge where this story takes place. As if that weren't enough, Maeve must solve a mystery while tensions continue to increase on multiple levels at a rapid pace. The characters are interesting, interactions are complicated, and revelations abound. To sum up: absolutely compelling from beginning to end, this is one terrific read--as are the other books in this wonderful series!
Read more
Helpful
Report abuse

CA rez
5.0 out of 5 stars Fabulous mystery
Reviewed in the United States on June 14, 2020
Verified Purchase
Gripping mystery and a great addition to a compelling series. I highly recommend this book and the entire series. it's great stuff.
Read more
One person found this helpful
Helpful
Report abuse

John R Flynn
5.0 out of 5 stars Entertaining
Reviewed in the United States on May 17, 2020
Verified Purchase
I thoroughly enjoyed the book!!! I would highly recommend it to everyone as it is a great read. Once into it I could not put it down!
Read more
One person found this helpful
Helpful
Report abuse

Laura's Reviews
4.0 out of 5 stars Intriguing Mystery
Reviewed in the United States on October 28, 2020
Maeve Molley is a lawyer in Alaska who has been suspended from practicing for three months. Now that the three months have come and gone, Maeve is not sure that she wants to continue to practice the law. Instead she takes a job at a resort on an Alaskan island as a dishwasher to give her time to think. A murder occurs on the first evening of her new job. With wild weather rolling in, everyone is trapped on the island together. The police put Maeve in charge of the investigation as they can’t get to the island. As she starts to piece it all together, a picture of retribution starts to form. Who is the murderer and why?

Hell and High Water is an engaging mystery for this time of year. I was intrigued by the mystery, setting, and the characters and couldn’t stop reading. Part of why I was pulled in right away was a mother thinking about her young son, Danny and how he liked to dress as Batman. My son Danny was also a good-natured small boy that loved to dress as Batman. Danny’s story takes a turn south and intersects with the Catholic abuse crisis. I was horrified as a mother and as a Catholic. I do wish though there would have been time to explore more of the mother’s story. She placed a lot of blame rightly on the priest, but it sounds like poor Danny had a rough childhood with a drunken, neglectful mother that was maybe a prostitute. This set Danny up as a perfect victim for the priest. This part of the story is set up at the start of the novel and then you learn more about Danny’s fate and the priest’s role as the story progresses. I liked the honest look into how the priest abuse cycle affected so many throughout time. It made me really sad and I’m still thinking about it.

Maeve is an interesting character. She is not a perfect person, and I liked her journey. This is the third novel in the series and the first I’ve read. I’ll admit that there was another part of the story that didn’t quite click with me as this was my first book to read. There is an investigator named Tom that has worked with Maeve in the past. He spends the entire novel trying to get to her to help her out and confess his love. Unfortunately, when you first meet him, he is having a one-night stand with someone else and a series of unfortunate not very believable events occur. I think I could have deleted his entire storyline. If you are a series reader, this probably would mean much more to you.

Overall, Hell and High Water is an intriguing mystery set in Alaska. I especially enjoyed that the mystery kept me guessing until the end. I love being surprised. I want to read the first two books in this series.

Jessica Higgins
VINE VOICE
4.0 out of 5 stars My introduction to the series and I am intrigued with this character and what's in store for her!
Reviewed in the United States on November 3, 2020
Maeve Malloy’s time being suspended from practicing law is complete, but she doesn’t know if she wants to go back to practicing. During this time, she takes a job working in the kitchen at a secluded lodge in the Alaskan wilderness. Within the first twenty-four hours of landing at Fox Island, a tourist is killed, and a wild bear has everyone trapped in the lodge. A storm is moving into the island and prevents the authorities from coming to help find the killer. Maeve is asked to help gather information and dives back into investigating mode. She uses her skills to find a killer before someone else ends up dead.

This was my first introduction to Maeve Malloy and this series. One of the best aspects of the book is even though it isn’t the first in the series, I was able to follow the story without feeling totally lost. Now, had I read the others, I might be saying you need to read them before reading this one, but I didn’t feel lost and was able to enjoy the story.

The beginning started a little slow but picked up and kept me intrigued with a few twists by the end I really enjoyed. Maeve is a fun, realistic character. She is trying to decide what direction she needs to head in life and just when she thinks being a lawyer and investigating isn’t for her, she is thrown into an investigation that could ultimately save her life. I loved the fact that Maeve is portrayed as real, flawed, confused and trying to figure out where she needs to go next in life. That is real life, that is what we all go through and seeing this character trying to figure it all out was very well written.

Being secluded up in the Alaskan Wilderness was a great setting for this story, I was chilled to the bone with each new crisis the characters had to face. At first you see a very eclectic group of characters brought together, but as the story progresses it makes perfect sense why they are there and how it all came about. There are a few moments that seemed forced; Tom for one, but maybe if I had read the others in the series his actions wouldn’t have seemed out of place. I recommend this to fans that enjoy a good mystery with twists and turns up to the very end. A little bit of harsh language and mature content make it unsuitable for younger readers but that isn’t the intended audience either.

I received a complimentary copy of this title from the publisher. The views and opinions expressed within are my own.
Read more
Helpful
Report abuse
See all reviews