Hellcats and millions of other books are available for Amazon Kindle. Learn more
Share <Embed> 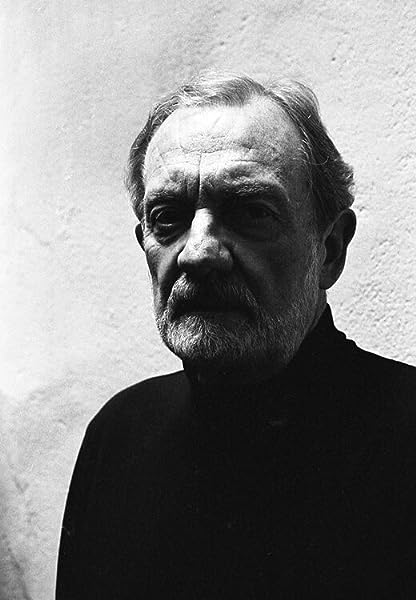 A worthwhile addition to most naval collections, this is the uncensored story of the 1945 penetration of the Sea of Japan by nine U.S. submarines. Penetrating heavy minefields with the aid of a new short-range (and not wholly debugged) sonar, the submarines sank 28 Japanese ships in attacking Japan’s connection to the Asian mainland. Having received extraordinary cooperation from the operation’s survivors and their descendants, Sasgen gives eloquent and accessible accounts for the general reader of the development of the FM sonar, the picking of the submarines, and Operation Barney itself. He also gives a memorable and moving portrait of Laurence Edge, captain of Bonefish, the one submarine lost, and of his family. He suggests that the operation was not really worthwhile, coming as late in the war as June 1945, yet admits that Admiral Lockwood, commanding Pacific Fleet submarines, probably could not have known that. Deserves the commendation well done. --Roland Green

"Sasgen vividly recounts the pulsating drama of the Hellcats... well-written, engaging, and fills in the last chapter of the Navy's submarine war against Japan."
-Naval History

"A worthwhile addition to most naval collections...Sasgen gives eloquent and accessible accounts for the general reader of the development of the FM sonar, the picking of the submarines, and Operation Barney itself...memorable and moving ...Deserves the commendation well done."
-Booklist

Peter Sasgen is the author of two previous nonfiction books on submarine warfare, including Stalking the Red Bear, a selection of the Military Book Club, and three submarine techno-thriller novels. He is a U.S. Navy veteran who lives in Florida.
Read more

Start reading Hellcats on your Kindle in under a minute.

submariner
5.0 out of 5 stars There never has been a book on submarines like this one!
Reviewed in the United States on May 1, 2013
Verified Purchase
A great book about the first time America formed a true wolfpack to attack off the coast of the japanese homeland. And the heartbreaking loss of the submarine Bullhead. Having completed the book let me say there never has been a book on WWII submarines like this one. The movie of the same name starring Former President Ronald Reagan & future wife Nancy Davis is an insult to this great book. What seperates this book is it's PERSONAL. The captain of the ill fated Bullhead was just a name to me all these years. Lawrence Edge. But the personal letters between he and his wife are released for this book. You get a true insight never before revealed of the life and inner fears, hopes, dreams and love of family of a regular guy forced to fight for his country because of his strong inner convictions. And this creates an inner conflict. Duty first. But I wanna live because I love my wife & kids very much.Unfortunately Lawrence & his crew perished. And I am haunted by the questions of how his life ended and when did he realize he would never see his wife and kids again. Also we get a bonus insight into Admiral Lockwood known by his men as Uncle Charley. To be blessed by a boss who actually cares about YOU. That was Lockwood. Read the book. Enjoy.
Read more
3 people found this helpful
Helpful
Report abuse

RSM
4.0 out of 5 stars Bought this for a WWII submariner
Reviewed in the United States on June 21, 2017
Verified Purchase
Bought this for my dad who was on Sea Dog for its first 3 patrols. He tranferred to a tender & did not go on this mission which was commanded by the skipper of Sea Dog. His high school buddy (who enlisted at the same time he did) went on the mission aboard Bonefish, the boat that was lost at Toyama Bay. I also read the book, which was well-written and a quick read. My dad, who is 90, didn't have much patience for some of the background that set the stage for the mission, but thought the descriptions of the combat actions rang true. The author's contention that the mission's risks were not worth taking at that point in the war is fairly argued, but I'd like to read some more about the operation before I go along with that. In any event, the book sympathetically documents the story of a bunch of guys who did some tough duty and who should not be forgotten.
Read more
Helpful
Report abuse

Ldympr
5.0 out of 5 stars Great book! Another winner
Reviewed in the United States on February 10, 2017
Verified Purchase
Another winner from one of my favorite authors. Peter has amazing skill in research and story telling. Even if you don't follow WWll both bring a subs you will find this book very enjoyable. He tells the story with compassion for the men who were lost and of everyday struggles of young men going to war with unproven equipment. How we're these young men and even a nation at war could contemplate the war ending 6 weeks later?
If you want to get more in-depth reading read Admiral Lookheads version as well. Well done sir!

Jeffrey T. Munson
4.0 out of 5 stars A Daring Submarine Mission
Reviewed in the United States on December 20, 2010
Verified Purchase
By the late spring and early summer of 1945, Japan was a beaten nation. Her supplies of food, oil, and other goods had slowed to a trickle. American submarines were taking an enormous toll on Japanese shipping. However, one area still remained relatively safe for the Japanese ships; the Sea of Japan. The Japanese had mined the entrances into the sea in the effort to keep American submarines out. In 1943, the USS Wahoo had managed to get inside, but she was bombed and sunk. Admiral Charles Lockwood, Commander of the U.S. submarine force, made it his personal goal to avenge the Wahoo. In the summer of 1945, Operation Barney was born.

The subs managed to make their way into the Sea, and in the time that they were there, the group managed to sink well over twenty enemy ships. However, not all was well; the Bonefish was lost with all hands.

Sarah Edge, the wife of Captain Lawrence Edge of the Bonefish, refused to believe the initial news that the Bonefish was lost. She spent the next year writing letters to Lockwood and others trying to find out the fate of her husband. Ultimately, as she received replies from Navy personnel, she began to accept the fact that Lawrence was not coming back. The official synopsis of the sinking indicates that the Bonefish had attacked a group of three Japanese patrol boats. All torpedoes fired missed, and the patrol boats began a lethal depth-charge attack that ultimately sank the Bonefish.

Many questions were raised, by Sarah Edge and others, as to the necessity of Operation Barney. Critics argued that Japan was very close to defeat, so why risk nine submarines on a mission that might have proven to be unnecessary? However, in the final analysis, the mission was very successful, and the loss of one submarine can be viewed as acceptable when compared to the Japanese losses.

I found "Hellcats" to be an informative and interesting read. I've read many books about submarine warfare in the Pacific war, but this is the first book I've found that dealt specifically with Operation Barney. Author Peter Sasgen does a good job of describing the FM sonar that was installed in the American submarines to spot the Japanese minefields, and the action in the Sea of Japan is told in vivid detail.

I recommend this book to readers of submarine history. Operation Barney might have been controversial, but there's no denying the final outcome; the Sea of Japan was no longer safe from American submarine attacks.

sam
5.0 out of 5 stars Very good Story
Reviewed in the United States on April 25, 2014
Verified Purchase
I love world war two history and especially submarine warfare in the Pacific. This is a good account of actual events and worth the money spent. It's and amazing era of my father's generation where it was a person's patriotic duty to enlist and go to war. The submarine service was all voluntary and one of the most dangerous where many sailors did not return from patrol. If you love this type of history, buy the book, kick back and the story take you back in time where people were real and every little thing was life or death.
Read more
Helpful
Report abuse

Book A. Holic
5.0 out of 5 stars Rings True
Reviewed in the United States on May 19, 2011
Verified Purchase
I bought this book for my Dad who was actually a submariner on the very mission the book was about. He truly enjoyed this book.
He says it was an accurate account of " Operation Barney ".
I read it as well, it was a good a read... any book recognizing my Dad and every other man who crawled into a sub during world war two as the heroes they are ... I cannot help but love.
Read more
7 people found this helpful
Helpful
Report abuse
See all reviews
Pages with related products. See and discover other items: ww2 submarine