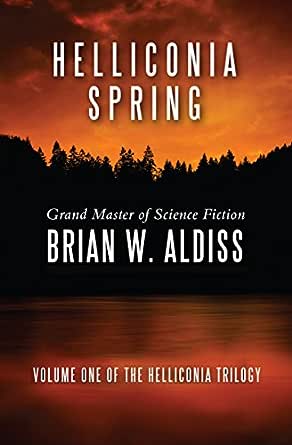 You've subscribed to The Helliconia Trilogy! We will preorder your items within 24 hours of when they become available. When new books are released, we'll charge your default payment method for the lowest price available during the pre-order period.
Update your device or payment method, cancel individual pre-orders or your subscription at
Your Memberships & Subscriptions
There was an error. We were unable to process your subscription due to an error. Please refresh and try again. 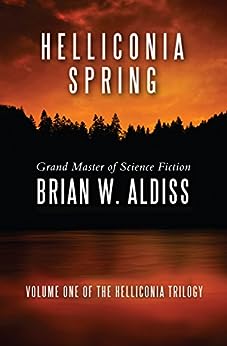 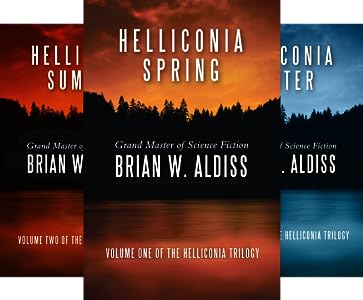 Praise for the Helliconia Trilogy

“Propels the reader headlong into marvel. A trilogy which has acquired monumental nobility.” —The Times (London)

3.1 out of 5 stars
3.1 out of 5
56 customer ratings
How does Amazon calculate star ratings?
Amazon calculates a product’s star ratings based on a machine learned model instead of a raw data average. The model takes into account factors including the age of a rating, whether the ratings are from verified purchasers, and factors that establish reviewer trustworthiness.
Top Reviews

The concepts are mind shattering in many ways and each book in this trilogy just adds to the wonder of the story told by Brian Aldiss. If you love to read Stanislaw Lem (Return from the Stars etc), Ursula LeGuin (Left Hand of Darkness) and other intellectual masterpieces you will like the Helliconia Trilogy.
Read more
11 people found this helpful
Helpful
Comment Report abuse

philnc
5.0 out of 5 stars Best sci fi world ever created
Reviewed in the United States on June 14, 2014
Verified Purchase
I first read the Helliconia books many years ago in a second-hand paperback, since it was out of print by then. The main character in these books is not a person, but a planet. The author presents an incredibly detailed picture of that planet and its inhabitants as the struggle to survive over thousands of years in which living conditions go from extreme to extreme. Helliconia is a planet that orbits a moderately warm star, that in turn orbits a hot companion whose comings and goings results in conditions on the planet going from freezing cold to unbearably scorching hot over a thousands of years. During the centuries long winter humans survive as best they can under ground, and then re-emerge in the "spring" to struggle against a powerful but primitive non-human race who rule the winter but then give way when warmth returns and allows humans to flourish again. Physics, biology, anthropology, psychology and politics are all in play as humans first struggle against their non-human adversaries, and then each other. The only sci fi series that comes close to Helliconia is Dune, another of my favorites, but I'd argue that between the two this is far deeper and broader in scope. One intriguing theme is the loss and recovery of knowledge among the humans over each cycle and how it impacts the individuals the story follows (one of the most vivid examples of this involves the astronomical discoveries by the brilliant and headstrong Vry, whose survival in hostile times could determine the future of scientific development on her world). As the first in the series, Helliconia Spring is a good place to start immersing yourself in this world -- something I'd encourage you to do,
Read more
31 people found this helpful
Helpful
Comment Report abuse

Michael Carlstrom
2.0 out of 5 stars Difficult and mind numbing
Reviewed in the United States on February 20, 2018
Verified Purchase
As a supposed representative of science fiction classics I endured to the end. The premise seems good, but the characters are both irritating as well as irrelevant. The courses of random acts tossed together in hopes of forming a tale but instead reveal a nothingness of false human spirit living in an alien world. The world is a better character than any of the barbarians living in it. I don't think books two and three will be on my reading list.
Read more
Helpful
Comment Report abuse

Tor Henning Berntsen
5.0 out of 5 stars Amazing concept and original storyline, loved it from pace 1. Cant wait to read the next volume. In fact i will start reading it right away 😀
Reviewed in the United States on August 6, 2017
Verified Purchase
I liked the concept of the two suns and thus the long year. With everything starting over again every two thousand years. The sheltered darkness of pannoval, surviving for generations in their dark underworld.
I like the passed on secrets of the corps, and the knowlege of the eldres, and the typical know it all ignorance and arroganse of the new generations, refusing history and refusing to look back for wisdom and knowlege. I like how history repeats itself.
Read more
3 people found this helpful
Helpful
Comment Report abuse

W J Badenhorst
2.0 out of 5 stars Great concept poor execution
Reviewed in the United States on January 31, 2018
Verified Purchase
The author starts out trying to write a sweeping novel of the ages, and ends up entangled in a single set of lives. All of which would have made for a satisfying story, instead the endless exposition and flowery language destroys the potential this novel had.
Read more
Helpful
Comment Report abuse

Andy
2.0 out of 5 stars Reads like a history book run through a Thesaurus
Reviewed in the United States on June 29, 2018
Verified Purchase
The author tells what happens, but doesn't let us live the story with the characters. He also likes to use obscure words that are not in common usage, which can be no problem, unless, like this author, the words are used without regard to their definition nor with regard to the part of speach (verbs used as adjectives, etc.)

I gave two stars because the concept is great and the story would be interesting is a good editor cleaned out the extraneous distractions (like about 50% of the words).
Read more
Helpful
Comment Report abuse

Luxera
3.0 out of 5 stars Longwinded and dreary.
Reviewed in the United States on October 6, 2017
Verified Purchase
I really struggle to get along in this book. Way too longwinded. 50 pages of bla bla, something finally happens on a few pages and then back to bla bla. I hope things will be better in the other two books. *yawn*
Read more
One person found this helpful
Helpful
Comment Report abuse

Jennifer
3.0 out of 5 stars Between OK and liked
Reviewed in the United States on October 1, 2017
Verified Purchase
Maybe more of a 2.5. It was hard to get through the first third of the book. I don’t think the bit with the first Yuli was necessary. I liked the character of Shay Tal although I wish her story had some sort of in. Seeing their society profess was interesting too, although the rapidity of it was somewhat hard to believe.
Read more
Helpful
Comment Report abuse
See all reviews from the United States

A. J. Wheeldon
5.0 out of 5 stars It is a wonderful piece of writing
Reviewed in the United Kingdom on November 15, 2014
Verified Purchase
I have read this twice before in hard copy - the first time over thirty years ago. It is a wonderful piece of writing. Forget all the magic swords, elfin princesses etc that other writers offer. This is a real world, beautifull conceived, and the whole story is gradually unveiled in a masterly fashion. Aldiss is one of the greats and this whole trilogy is wondrous. It's a shame the scoring won't allow 6 stars
Read more
One person found this helpful
Helpful
Sending feedback...
Thank you for your feedback.
Sorry, we failed to record your vote. Please try again
Report abuse

Derek Smith
5.0 out of 5 stars My second reading. Terrific both time.
Reviewed in the United Kingdom on February 10, 2018
Verified Purchase
I'd got a paperback of the book almost as soon as it was published and read it in a week. I thought then there was too much detail and I still think so. But hardly much of a criticism. It was great to read it again.
Read more
Helpful
Sending feedback...
Thank you for your feedback.
Sorry, we failed to record your vote. Please try again
Report abuse

Shane Lovett
3.0 out of 5 stars Spring
Reviewed in the United Kingdom on September 21, 2017
Verified Purchase
Index of characters. Pictorial image of the Helliconia Galaxy. More information of the Earth watchers. Loved the book, will read the others. SHL
Read more
Helpful
Sending feedback...
Thank you for your feedback.
Sorry, we failed to record your vote. Please try again
Report abuse

GP
2.0 out of 5 stars When does it get interesting?
Reviewed in France on October 17, 2017
Verified Purchase
A rather lenghty and rather boring first volume. Everything takes place in the dark, under the snow for hundred of pages. I was unable to finish it and will certainly not get the two other volumes...
Read more
Helpful
Sending feedback...
Thank you for your feedback.
Sorry, we failed to record your vote. Please try again
Report abuse
Translate review to English